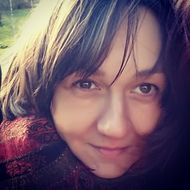 Lecture by D. Sokolov on "Shapley Value for TU-Games with Multiple Membership and Externalities"

On Wednesday, March 4 the all-Russian seminar "Mathematical methods of decision analysis in economics, finance and politics" was held. D. Sokolov gave a lecture on "Shapley Value for TU-Games with Multiple Membership and Externalities".

Abstract
One of the central problems of cooperative game theory is how to fairly divide a total payoff of a coalition among all its members after it has been formed. The first innovative and highly influential result was reported by Shapley (1953). Shapley's proposed solution, which is referred to nowadays as the Shapley value, arises from three simple natural axioms: efficiency, symmetry and linearity. However, this solution is only applicable for coalition function form (CFF) TU-games without externalities and multiple membership, which are desirable features in many natural settings. Thrall and Lucas (1963) proposed an augmented model for cooperative games respecting externalities — partition function form games. Later Myerson (1977) extended the classical Shapley value for the PFF game setting using the axiomatic approach with similar to Shapley’s three axioms. As for the multiple membership inclusion, various extensions to CFF and PFF games has been proposed and Shapley value analogues has been derived. The novelty of this research is that we used the graph representation of coalitions (where a coalition is a maximal clique) in order to follow Myerson steps and extend three Shapley’s axioms on the introduced clique function form (CFF) setting. Using examples we show that the obtained axioms yield a reasonable unique value.