Anastasia graduated from the HSE MIEM programme in 'Nanomaterials'. She is a Junior Research Fellow at the Scanning Probe Microscopy Sector at the Federal Research Centre 'Crystallography and Photonics' of the Russian Academy of Sciences. She studies ferroelectric crystals and works with atomic force microscopy.

‘HSE University students have a keen eye. Wherever they go, they see the gist of things’

About the Project
'HSE University's Age-Mates'

2022 marks the 30th anniversary of the founding of HSE University. Many of the university’s peers—those born in 1992—now work and study here. Thirty-year-old HSE graduates work in various fields, from business and fintech to IT and contemporary art. As part of the new ‘HSE University's Age-Mates’ project, some of them have shared their stories and talked about what they like about the university.

HSE graduate Anastasia Lashkova is, quite literally, the same age as her university: she was born on the day the resolution establishing HSE was signed. In this interview with the HSE Age-Mates project, Ms Lashkova spoke about her work at a research institute of the Russian Academy of Sciences, the benefits of an interdisciplinary approach to science and life, and why, in her opinion, there is no such thing as useless knowledge.

Why did you choose HSE University?

I didn't choose HSE; it chose me. I initially enrolled in the Tikhonov Moscow Institute of Electronics and Mathematics (MIEM), but while I was studying there, it became part of HSE University. When we learned that the resolution on the formation of HSE was signed on November 27, 1992—my birthday—someone joked that I was destined to study there. And so it happened. I enrolled in 2010 and graduated in 2015. Thanks to HSE University for allowing us to graduate with our chosen degree and to transfer all our credits.

We studied in the MIEM buildings on Bolshoi Trekhsvyatitelsky and Malaya Pionerskaya Streets. Now it is located in Strogino. (By the way, it was thanks to HSE University that the building was completed and put into use.) I didn’t have any classes in Strogino; I only passed my state exams and defended my thesis paper there. But I spent a lot of time there due to extracurricular activities: helping out at Open House days and taking part in student theatre variety shows.

Why, in general, were you interested in getting a technical degree?

I graduated from school with honours, but physics has always been the easiest for me. I could understand it and had a feel for its logic, clarity and harmony. From the age of 10, it was clear that I would become an engineer. My father is a doctor and my mother is a teacher. My grandparents have degrees in engineering, but they never insisted I follow in their footsteps. It all started with little things. As a child, I often got into my grandfather’s garage and made toys for myself. It was evident from an early age that I had a technical view of the world.

I am from the small town of Zubtsov in the Tver region that has a population of 6,000. My primary school was located in a former merchant’s home that had plaster falling off in places, wooden floors, and a stove in the corner of the classroom. It was obvious that I would have to study somewhere else to go to university. We chose Moscow, and in 2010 my dad began bringing me university prep books that he bought at the Biblio-Globus bookstore.

The prefix ‘nano’ had already begun popping up in the media at that time, and it was clear that the field held a lot of promise. That’s how it is, but they sometimes try to put too much metaphysical meaning into the prefix, although ‘nano’ simply means something that is 10 -9 in size. I applied to several universities, but MIEM was my top choice. I had been to their Open House while still a school student. It wasn’t easy to get in, and after studying at a rural school, the math I took in my first year was tough. But in just one year I was on a par with others who had studied at technical prep schools in Moscow.

At the department—initially of electronics, and later of electronics and telecommunications—we had a very broad curriculum that included everything from biology and chemistry to basic programming and condensed matter physics. For example, to this day, the subject ‘processes at the phase boundary’ is very useful to me at work. We even had something like ‘the structural performance of materials’. This helps me because someone researching materials should have at least a rough idea of how his material can be applied in practice. I’m studying it not to add a couple of lines about the material’s properties on Wikipedia, but to make further use of it. That application might be in biology, medicine, instrument-making, or electronics.

Which material are you studying?

I work at the Crystallography and Photonics Research Centre of the Russian Academy of Sciences. I was admitted thanks to Igor Smirnov, a teacher at MIEM and HSE who, unfortunately, passed away in 2017. We had an unusual major—materials science. In order to write a thesis on the subject, we needed materials. Therefore, our teachers used their connections and offered us laboratories that really do work with materials. I study ferroelectric crystals. These are related to magnetic materials, except that they undergo spontaneous polarisation at a certain temperature. In foreign literature, they are known as ferroelectrics, so they are often compared with ferromagnets. 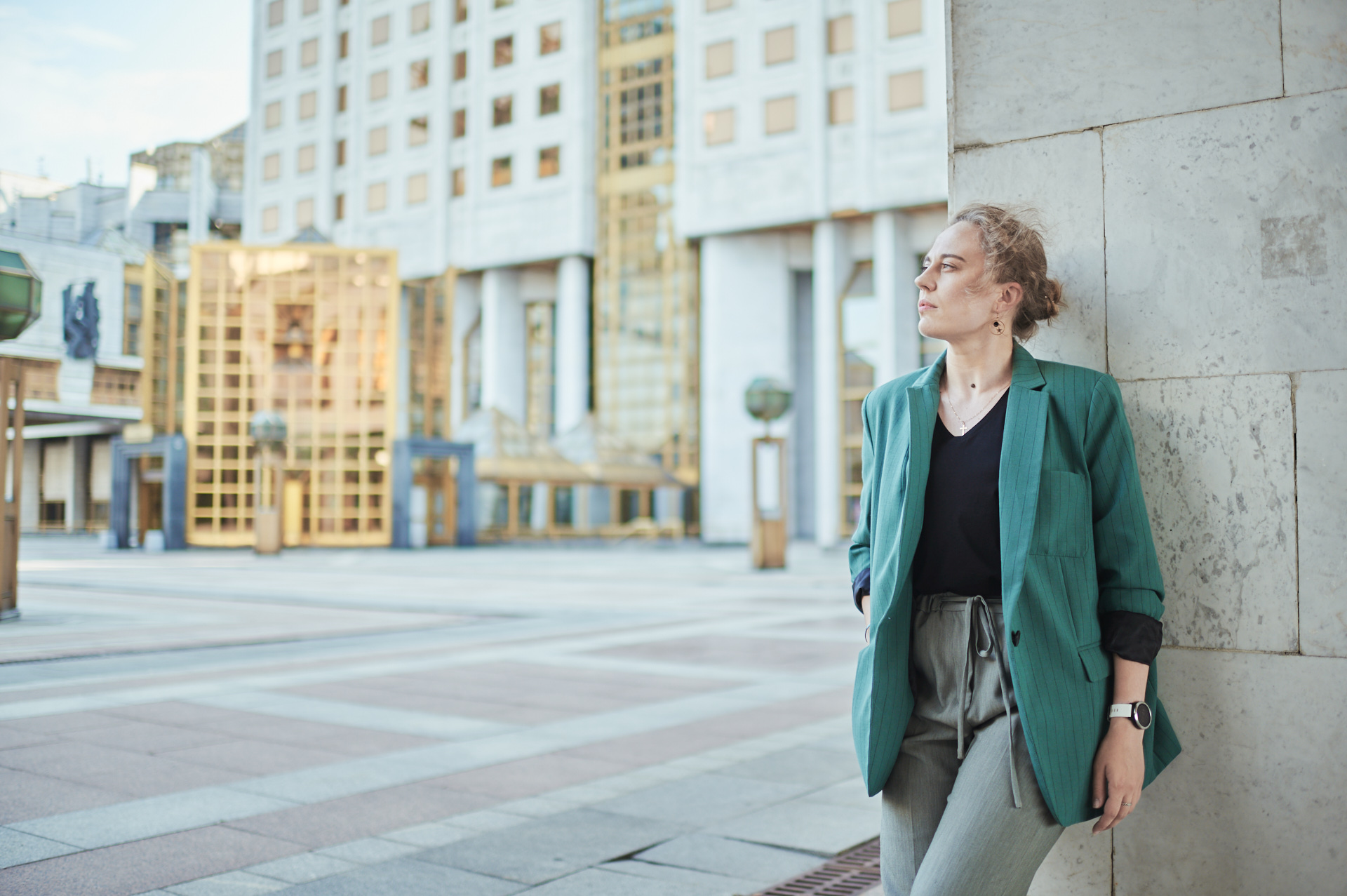 My colleagues in Belarus grow the crystals using their proprietary method. If to describe this in an oversimplified way, they place a seed in a special solution. Like an onion, layers grow around the seed into a crystal. They then remove it from the solution. My crystal is good because it is a model one. It can be grown quite easily and cheaply, so it is good for working out algorithms for growing and algorithms for studying properties that can find further applications. Now I am studying crystals with a layered distribution of impurities, looking at what affects the final properties and how.

Is this crystal a nanomaterial?

Any material can be called a nanomaterial if you look at its properties at the nanoscale. If you take a 10 -9- sized piece of any material, it can be classified as a nanomaterial. This crystal has interesting macro- and micro-characteristics. The method is probably what’s more important here. I’m currently researching materials at the nanoscale. The largest surface studied in the atomic force microscope I work with is 100 microns, and the smallest is a few nanometers.

My crystal can grow to the size of a fist. But I study a miniature piece of it, looking at local properties on a small scale. As I tell students who visit us periodically, the atomic force microscope is a method of perception, like vision. And which objects to look at is already a question for the researcher. For example, I am now interested in nanomaterials that they want to use in medicine. We are trying to reach an agreement with fellows who are developing a tool that should help in the treatment of a particular ailment. To bring it to fruition, we propose using our research method to get a more complete picture.

Do you want to continue along these lines and make a career as a scientist?

I am a curious person. Our work is interesting and presents constant challenges—there is always something new to do and learn. There is no such thing as useless knowledge. It’s just that it might be needed 10 years from now and it could turn out that this research leads to a new field of physics. They say that 80% of scientific discoveries are made by 20% of scientists. However, these 20% could not have made their discoveries without the other 80% who prepared the way.

Take, for example, the scanning probe microscope that has been around since 1981. It was originally seen as a way to study surface topography. Based on this microscope, a lot of methods have now been developed for studying local surface characteristics indirectly. You can use it to see mechanical, electrical, and magnetic characteristics. This all came to pass because someone said, ‘Let’s try’. Science has taught me that absolutely everything is a result. Even if an experiment didn’t work out, this is also a result from which you must draw conclusions and apply the knowledge gained. 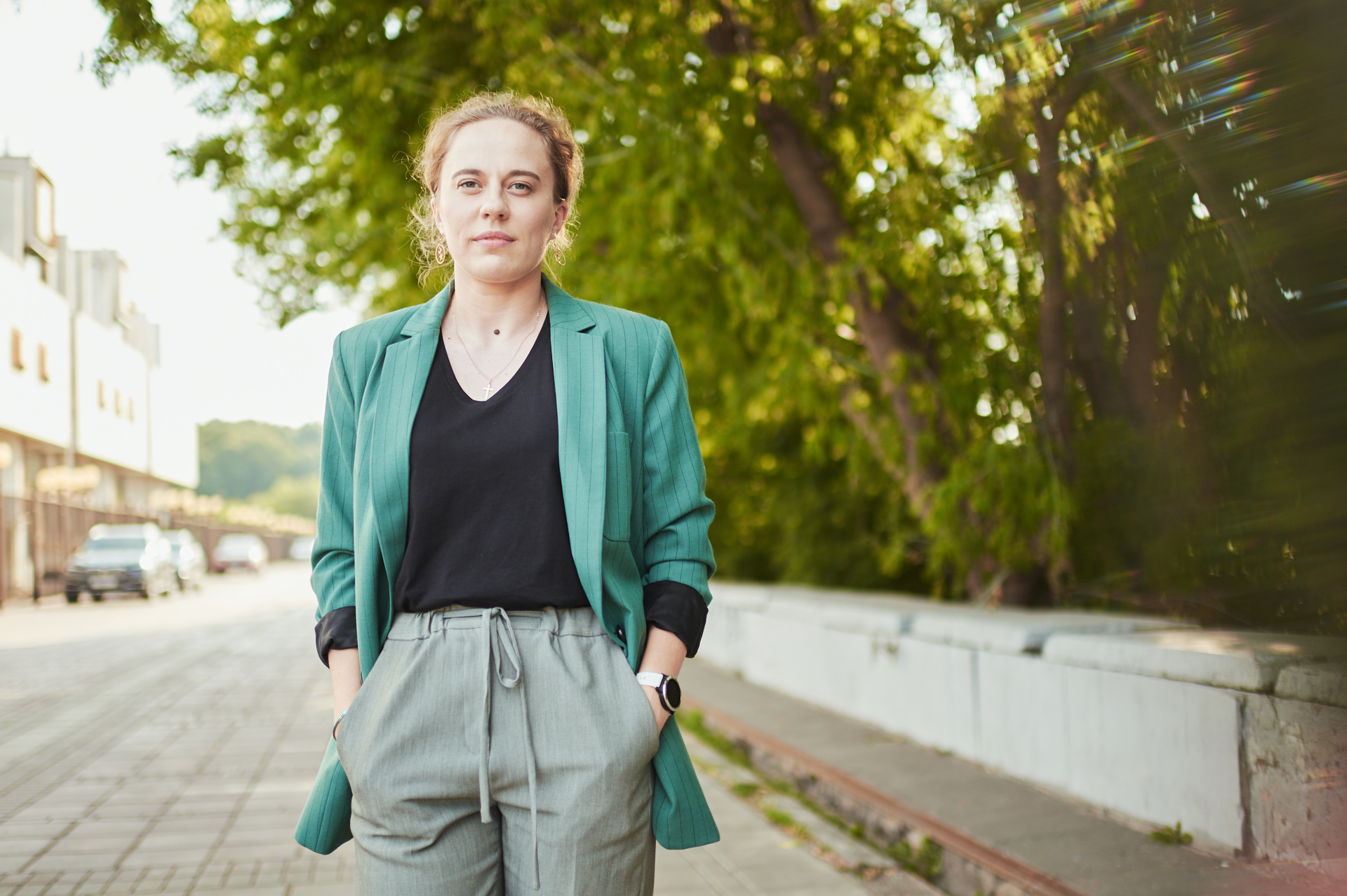 I want to develop as a scientist, but for now, everything depends on defending my Ph.D. thesis. The experimental part of it is ready. Now the easier part is left—to edit what I have and form an overall harmonious work. I also want to teach materials science—where, I don’t know yet. HSE University offers only a master’s in nanomaterials, but not a bachelor’s.

What did HSE University lack when you were a student there?

I wish we had had more conferences where students could have tried presenting. Sometimes our teachers encouraged us to attend outside conferences, but we could only audit those. It would be great if, in certain subjects, we had to publish our work in a student conference. The teacher would act as an academic supervisor and teach students not only how to study the object of their research, but also how to present it and how to prepare an abstract for conferences. They didn’t teach us this, but it’s necessary for the training of future scientists.

What do you remember about HSE University, apart from your studies?

For example, for several years I served as an animator at the Head Start technical school for young people planning to apply to HSE technical majors. We held concerts for them and disclosed their talents on stage. I spent a lot of time at the Cultural Centre and even attended an academic vocal workshop there.

I remember a group camp on the banks of the Ruza reservoir where students from MIEM and other faculties came. By the time I graduated from HSE University, I had formed a large circle of friends in various professions, from journalists to IT people. Sometimes, in conversation, it was very difficult to believe that we all studied at the same institute.

My area of specialty is at the intersection of chemistry and physics, and this is the growth zone of science—interdisciplinary interactions. It seems to me that it is in such educational institutions as HSE University, where representatives of different professions share a single space, that interesting interdisciplinary projects can emerge.

Also, I run into HSE University graduates wherever I go. At a running club, a Korean language course or a literary club, there is sure to be an HSE University student or graduate there. HSE students tend to be very active individuals who are progressing in various areas of life. They have a keen eye. Wherever they find themselves, they see the gist of things and this enables them to quickly figure out the rules in play and how to move forward in that area.