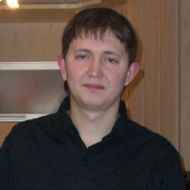 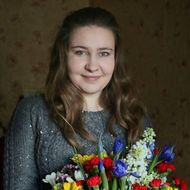 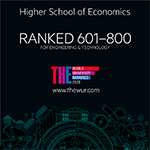 Sun and Rain, Sports and Fashion, Studies and Leisure — All at HSE Day

On September 8, 2016, HSE DAY took place in Gorky Park for the fifth time. This is a festival that allows everyone to have a good time in a joyful atmosphere. In the following article, we will tell you all about it.

‘The sun is dazzling. The rain and fountain are refreshing. Prospective students are sweet, and so are their moms’. This Instagram post by one of the HSE Faculty of Communications, Media and Design volunteers concisely describes everything that happened on the main square of Gorky Park at HSE Day. There, as is tradition, HSE faculties’ and student organizations’ tents were set up around the big fountain. Students, lecturers and heads of educational programmes fielded questions from prospective learners and their parents.

Some people came to this unusual Open Day alone, but nevertheless made sure they shared their impressions on social media. For instance, one attendee noted: ‘I’m crazy about HSE and want to get in there. The only problem is the minimum grade requirement for my programme - 284 out of 300.’

Others arrived in groups, such as 10th graders from Moscow School No. 1282. Those who have already chosen HSE told their friends around the university. 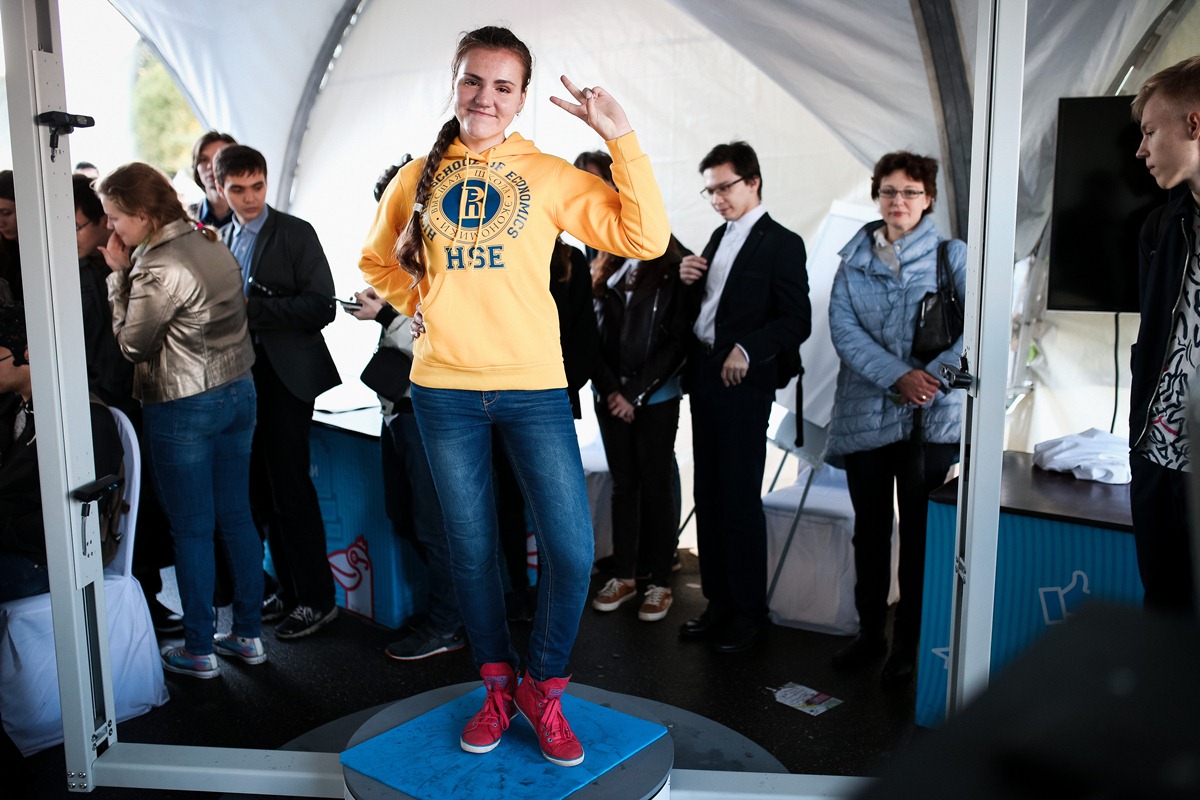 Science, technology and the future

According to Yaroslav Kuzminov, who spoke to HSE DAY guests, HSE is different from other universities, because researchers teach there, while students are actively involved in research and applied projects. Speaking about laboratories and project groups at HSE, he noted that there around 100 of them. ‘Here, you don’t press on other people’s ideas. Instead, you invent something of your own,’ the rector noted. And our guests were able to see that onsite. Anyone interested could test virtual reality glasses, a project developed by HSE MIEM students, at the Science & Technology tent.

At the same location, experts from HSE’s School of Psychology, which is actively and successfully involved in neuroscience, demonstrated various small experiments on the brain and senses. Furthermore, HSE Lab (Prototyping Centre) entertained everyone interested in 3D modeling. Want to participate in a 3D photo session? Nothing’s easier! Just stand on a platform that will scan you. You can then see a 3D copy on the computer screen and download it anywhere.

This scanning platform looked like a teleportation device from a sci-fi movie. In fact, one of the lectures at the Professors’ Lecture Centre was about sci-fi movies, regarding how they form our views of technical progress and sometimes misguide us (where are the interplanetary flights we were promised long ago?). All of the lectures at the Centre were about cinema at this year’s HSE Day. Also, even a sudden rain shower didn’t drive off the audience who were there to listen to HSE Professors Vitaly Kurrenoy, Yan Levchenko, Alexander Pavlov, and Kirill Martynov. HSE professors and researchers also spoke at other platforms. A total of around 15 lectures were delivered at HSE Open Talks, an English-language lecture centre and as part of the Academic Picnic. Topics varied from merchandising and fighting corruption to American-Russian relations, as well as the secret potential of sex appeal.

Sberbank, our university’s long-time partner and the general partner of HSE DAY, also organized several lectures. Sergey Lebedev, Deputy Director of Security Department at Sberbank, spoke about cybersecurity issues and possible solutions. Anatoly Novozhilov, Head of the bank’s Marketing Department Unit for Digital Communications, offered some examples of effective ‘partisan marketing’ in Sberbank’s operations. Furthermore, Alexander Kulikov, Head of Data Monetization Projects at Segmento, told the audience about combining big data and business. Dmitry Abramov, Head of Special Projects at Sberbank’s XXI Department, spoke about ‘design thinking’, while Georgy Georgiev, Head of the bank’s Office for Talent Attraction, commented on the professions that will be in demand in the 21st century, as well as possible competition with robot technologies.

German Gref, President of Sberbank, also spoke to HSE DAY guests. He advised students not to become generalists, but to master two or three specializations, as well as ‘make friends’ with mathematics and information science.

‘Education is of key value today’, Herman Gref said, adding: ‘Not only specific education, but also as a way of life and devotion to constant development, which can evolve at the university’. 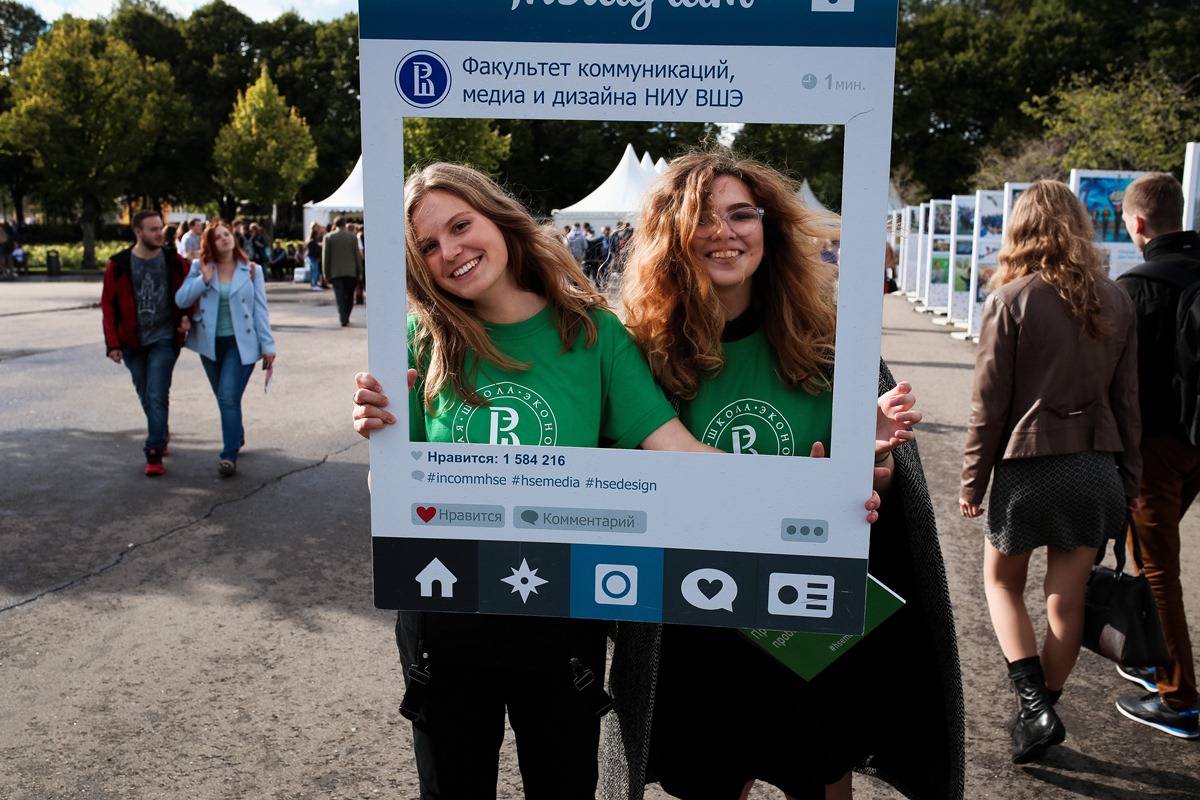 It’s not just for rankings that we study

‘I envy you, since here you can not only enjoy your studies, but also the opportunity to’, HSE President Alexander Shokhin told students, adding that there is no building that could accommodate all HSE students. Nonetheless, Gorky Park has enough space for all sorts of meetings (e.g., Alumni Association), walks and entertainment.

At the event, you may have seen young people with park maps. These were first-year students on the ‘Freshman Way’ walk. Furthermore, a fashion show was held by the HSE School of Design on a catwalk near the park’s embankment. People were dancing not far away. There were also jazz, a lot of sport activities and other goings-on for every person’s taste. Speaking about taste, HSE invited everyone to the Russian Tea Room, where attendees had to go through a little challenge to get some tea and snacks. For instance, Russian students had to pass a popular culture test (movies and songs), while international students were quizzed about their knowledge of Russian traditions.

Towards the evening, the audience moved deeper into the park, closer to the Green Theatre, where the band Zveri gave a concert. This closed HSE Day at Gorky Park. However, just before that, the traditional freshman induction ceremony took place. Evgeny Yasin, HSE’s Academic Supervisor, advised them to stay optimistic no matter what. Also, Yaroslav Kuzminov expressed his hope that they chose HSE not only because of its high rankings, but also owing to their desire to study at a different type of university. He also noted that about 80% of HSE students are employed in their chosen field, while, thanks to minors and the MAGOLEGO project, they have the opportunity and even obligation to study subjects in completely different areas, just as German Gref earlier advised them to do.

Mr. Gref added that Sberbank is the largest employer for HSE students, and HSE (together with NES) is the best source of staff for the bank. ‘We are expecting you! And, as head of one of the country’s largest corporations, I would like to say that you won’t find a job more interesting than with us’, he concluded. 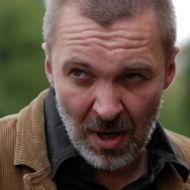 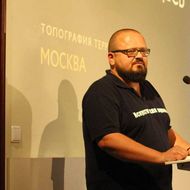 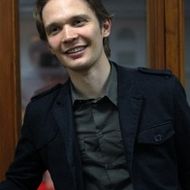 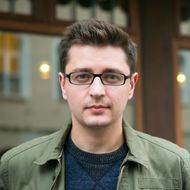