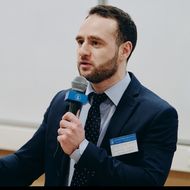 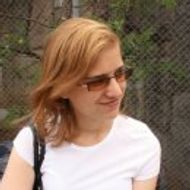 The possible trends of authoritarian development, hybrid regimes, and for whom the presidential race is a ‘farewell tour’?

On the 23rd January the HSE Winter school 2018 of Faculty of Social Sciences has opened its doors for students from all over Russia and other countries.

Another interesting topic was raised by Professor Nikolay Petrov who presented different possible scenarios of the development of Russia’s politics after presidential election 2018. Without doubt, that was a hotly debated topic. Professor Mikhail Ilyin, one of the co-authors of the “PEP” programme, discussed the questions of human agency and cognition. Together with participants, he tried to answer the questions of scientific methods emergence and how they were connected with human abilities. Later on, the head of the BA ‘Political Science’ programme Ilya Lokshin – the graduate of the programme ‘Applied Political Science’ — gave a lecture on methodological problems of political science.

The programme of ‘Applied Political Science’ was represented by its head Andrey S. Akhremenko who discussed peculiarities of the programme and possibilities of its development. The students were also eager to learn about an alternative method of application to HSE university – participation in the International Olympiad Competitions for University Students and Graduates that opens a lot of opportunities for students from all over the world. Andrey Akhremenko also mentioned employment possibilities for students, including research laboratories of HSE.

After having a great dinner, the participants continued working on their research projects. This year research topics of the Winter school covered the issues of possibility of Trump’s impeachment, strategies for development of a strong liberal party in Russia, reformatory potential of Russian security system and sensitive topic of freedom of speech.