The winners are ‘d notation’, an app that is capable of imputing sheet music and learning music notation on smartphones, tablets and interactive whiteboards (from St. Petersburg), and Dysgraph, an online service that’s used to diagnose and treat dysgraphia in children (from Krasnoyarsk).

On September 25, 2017, the winners were selected as part of #EDCRUNCH 2017, an international conference dedicated to new educational technologies, by a jury consisting of education experts and business leaders.

‘We are the first to implement this idea,’ Andrey Bayadzhan said in regards to ‘d notation’, adding: ‘Anyone familiar with sheet music can easily enter notation on their mobile device. There are numerous notation editors, but they are difficult to learn, and not appropriate for teaching music notation. I’m developing this project together with Roman Ruditsa, who is a composer and teacher of music theory.’

Andrey has already received pre-orders from Russian music schools, and is planning to promote his product on European and American markets. He applied for KIVO for a travel grant, and this turned out to be a success. He can now present ‘d notation’ at American schools and universities. ‘I already have agreements with several professors in various states who have tested my app. Personal communication with potential users is essential, as is being there in person during tests in educational institutions,’ Andrey said.

The author of Dysgraph, a service that can correct dysgraphia in children, is Sevil Alieva, a fourth-year student in Business Informatics at Siberian Federal University. Her project is the Dysgraph website, with a pilot version of the app that was launched in June of this year.

‘The problem of dysgraphia in Russia doesn’t get the attention it deserves,’ she said.

She notes: ‘Speech therapists at schools and pre-schools do not have the motivation to solve this problem, as it requires individual approaches and special technologies. However, there is indeed demand for this – in just four months, over 1,000 users registered on our website. Today, it can test for dysgraphia. We are also developing a service with exercises to correct the condition. The system will select them automatically based on the specific problems a user might be experiencing.’

The KIVO prize for Dysgraph is a grant for its further development. According to Sevil, the website offers three approaches to monetization: B2C (individual clients), B2B (private speech schools), and B2G (public educational institutions). She is now focused on developing the project together with Artemy Lazarenko from Novosibirsk and the Department of Special Education at Krasnoyarsk Teacher Training University.

She notes: ‘Public interest in our competition, which is still high in its fourth year, confirms that. This year’s finalists are considerably younger than last year, and almost half of their projects are related to the use of IT in education. As in previous years, there are many projects aimed at helping people to overcome difficulties in life, and a service to treat dysgraphia is one of them. The “d notation” project was given a high evaluation by the jury, primarily thanks to its clear idea and the plan for its implementation.’

KIVO is taking place next year. During the upcoming application period, its organizers will visit more regions than in 2017 (when they visited Krasnoyarsk, St. Petersburg, and Ekaterinburg). In addition, the HSE Institute of Education plans to launch a project similar to the KIVO Summer School. The new project is a ‘permanent accelerator’ of educational projects for a wide assortment of innovators. 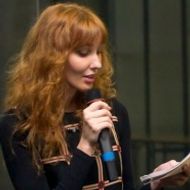 2019 Winner of the Innovations in Education Competition Announced

The 2019 Innovations in Education Competition, organized by HSE University’s Institute of Education and the Rybakov Foundation, received more than 600 project submissions. First prize went to a St. Petersburg-based team for a project that aims to combat bullying against hearing-impaired children. The winners received an internship grant valid in any country in the world courtesy of the Institute of Education.

applications from 15 countries and 151 cities have been submitted for the 2019 Сompetition of Innovations in Education, which is a 20% more than last year. This time, the three most popular categories were Continuing Education and Training (238 applications), School Education (218), and Gaming and Interactive Technologies (126).