The first known owner of the sprawling estate on Myasnitskaya Ulitsa at the place where number 24 is located was General in Chief Vasily Abramovich Lopukhin. In addition to his close relationship with the House of Romanov, Lopukhin went down in history as a brilliant military strategist. Participating in all the wars of the mid-18th century, he received numerous military awards and died heroically in 1757 after being struck by three bullets in the Battle of Gross-Jägersdorf.

Vasily’s wife, Ekaterina Pavlovna, died even earlier in 1738. Given that they had no male sons, in 1752, Vasily decided to rid himself of the vast estate and sold it to Baron Sergei Grigorievich Stroganov.

The preserved plan of the estate gives an idea about its structure. The estate was divided into zones. A baroque, two-story stone house stood out with an extended façade on the red line of Myasnitskaya Ulitsa. Its windows looking out on the courtyard had a view of the park, a large pond and a picturesque gazebo. This was one of the most representative city mansions in Moscow from that era.

Sergei Grigorievich, a confidant of Empress Elizabeth, was a resident of St. Petersburg, which remembers him thanks to the wonderful palace he built on Nevsky Prospekt. Designed by the architect Francesco Bartolomeo Rastrelli, who had been commissioned by Stroganov, this palace was built between 1752 and 1754. During this time, Stroganov decided to spend his time in the country’s ancient capital of Moscow, and it was here that the great architect travelled for several days to discuss drawings and plans for the palace in St. Petersburg.

Rastrelli was not the only famous guest to visit the house on Myasnitskaya. In 1753, Stroganov hosted a magnificent birthday celebration for several days where Empress Elizabeth herself was present. Fond of entertainment, she was so impressed that she gave the baron a golden snuffbox and a ring with diamonds and a ruby. 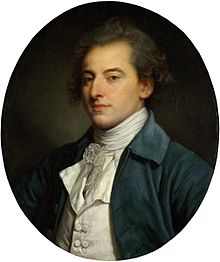 Three years later, Sergei Grigorievich passed away, leaving the home to his son Alexander Sergeevich Stroganov, who sold it in 1760 to the father of Andrei Shuvalov – Pyotr Ivanovich – who later signed it over to his son. Later, in 1785, Andrei Shuvalov, under the influence of Alexander Stroganov, became a member of the Masonic Lodge, and in 1815, his son, Pavel Shuvalov, married Stroganov’s relative, Varvara Petrovna Stroganova.

In the mid-1840s, the Stroganovs appeared again when Sergei Grigorievich Stroganov, the grandson of Alexander Sergeevich's cousin, founded the first free drawing school in Russia. The aim of the school was ‘to give artisans and tradesmen the opportunity to improve their craft with the assistance of science and art’ and enable talented children to study regardless of their class origin. The works produced by the students saw huge success in exhibitions, including in Paris. Having grown beyond the limits of private education, the school was transferred to state ownership and was given the official name ‘Stroganov Drawing School No. 2’, or simply the Stroganov School. It was at this time that it received the former Stroganov-Shuvalov estate on Myasnitskaya.

The school, which from 1860 was known as the Stroganov School for Technical Drawing, remained here until 1892 when it moved to a new building on Ulitsa Rozhdestvenka. Even earlier, however, the school began to see a transformation.

The owners of Moscow factories envisioned the creation of an Arts and Industry Museum in Moscow. The school on Myasnitskaya was chosen as the site. By 1868, they had collected enough money for the museum's opening, and by 1874, construction of a special building had begun. 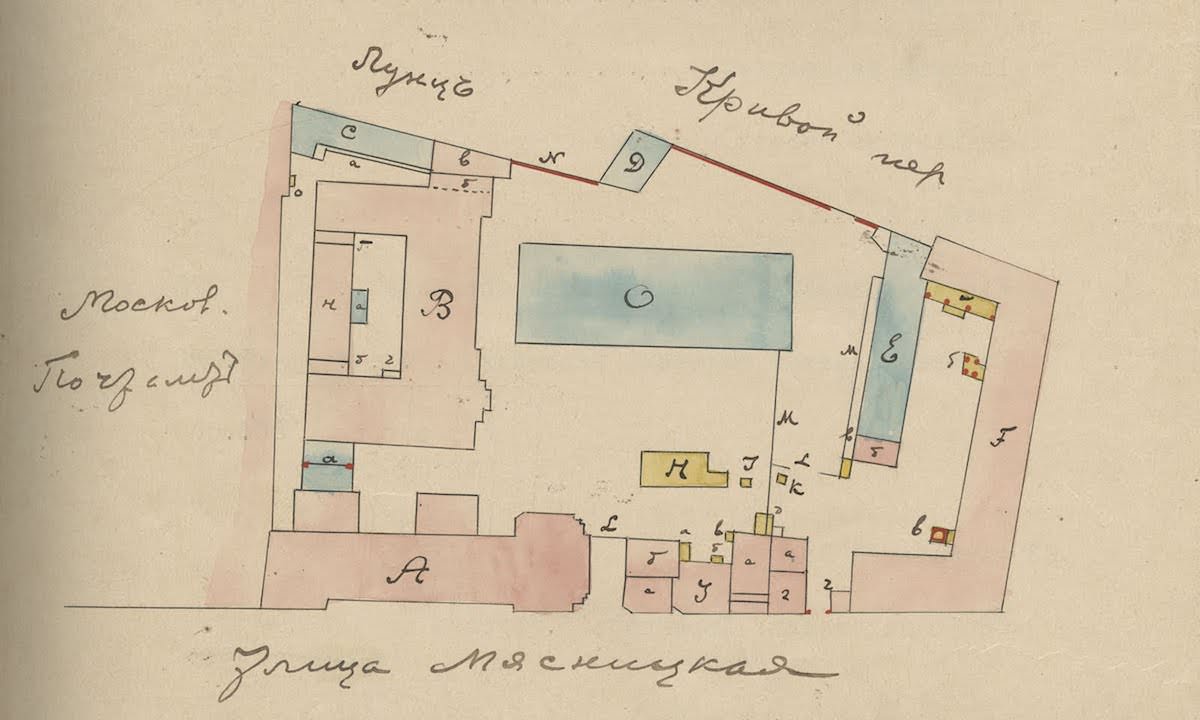 In 1871, the Austrian architect August Weber arrived in Moscow where he built the Slavyansky Bazar hotel and restaurant and a series of residential buildings. When the time came to build a special new building at the museum, he was chosen as the architect.

In 1878, the building currently located at number 24, Building 2 appeared with a façade richly decorated in polychrome ceramic patterns and stucco panels. The building was intended not only for a museum but also for rental of the premises, which could have provided income to develop the school itself.

Two years later, Weber began work on another residential building – number 24, Building 3 – which was completed in 1883.

The architecture of the two buildings is very similar. Both are dominated by elements of the so-called ‘Russian style’. In the mid-19th century, European culture saw a trend of appealing to art from previous eras, which was termed ‘historicism’. The formation of the national idea was also taking place in Russian culture, with an orientation to ancient Russian and folk art. This was reflected in the ‘Russian style’ architecture of the 1870s and 1880s. From the very beginning, the Stroganov School played a leading role in this process.

The building was initially three stories tall. In the 1930s, the building in the courtyard was renovated. Two additional floors were built, and the interior layout was altered significantly. At that time, the window arc above the entrance was added. The brickwork on the façade shows the previous window.

Brick with ‘V. Chelnokov’ stamp on the second-floor wall of the building. The Chelnokov Brick Factory was one of the largest in the late 19th century
Nikita Benzoruk

The building is presently occupied by several companies