The Shabolovka complex was built in the first part of the 19th century as a silk factory. Its owner was Petr Goujon, a Frenchman who ate the local pigeons and flogged his female workers for their misdemeanours. In Soviet days the building acquired a statue of Dzerzhinsky and the nickname ‘Shpul’ka’ (bobbin).

In 1835 - 1836 the first factory buildings were constructed in stone on the corner of Shabolovka Street and Rizpolozhensky Lane (now Akademik Petrovsky Street). Building 2 at no. 26 and Building 3 at no. 28 are all that remains of them today. 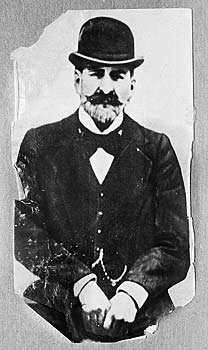 In the 1840s Petr Osipovich Goujon held the lease on the land the factory was built on. He was a French citizen but lived in Russia where he was a silk weaving manufacturer and expanded the industry significantly. Initially Goujon rented small premises in various parts of Moscow. When these premises became too small he moved and rented larger places. The factory on Shabolovka was his last and biggest in terms of output. Business went well and in 1874, in need of repair, the buildings were reconstructed with the help of the architect Henrich von Nissen. The three-storey corpus No. 28 building 3 is the only one which hasn’t been rebuilt since.

There is very little information about Goujon himself. The muscovite entrepreneur and local historian N. A. Naidenov wrote in his memoirs that Petr Osipovich ate the local pigeons, was miserly and severe in his habits. Most of his workers at the factory were women who he punished for any fault by flogging.

By the 1880’s Goujon’s son Yuli Petrovich had inherited the factory on Shabolovka Street. He was a businessman of the new school. Intelligent, attentive to detail and thoughtful, he possessed a Russian merchant’s cunning and understood the specific nature of the times he lived in. It is hard to list all the organisations of which he became a member or shareholder - the Company of Silk Manufacturers, the Communications Office of Railwaymen, The Stock Market Committee, Moscow Military Industrial Committee, the Company of of Moscow Metalworking Factories, (today the Hammer and Sickle Factory) etc. Guijon, who was fascinated by the latest technological advances including cars, dreamt of publishing a map of all the Russian auto routes. He was the first person in Russia to be issued with a driving licence. In 1907 Yuli Guijon was elected chairman of the Moscow Society of Factory Owners. He remained chairman until 1917 when this and all other societies like it stopped working. But Yuli Guijon came to a tragic end. He went to his estate in Crimea where in 1918 he was killed by soldiers in the (anti-Bolshevik) Volunteer Army.

In 1880 the ownership of the factory passed to another Frenchman when Yuli Guijon sold it to Hector F. Simoneaux who had only recently arrived in Russia. Under his control the silk weaving factory became one of the largest producers in Moscow.

Woven silk is not an essential item and the raw silk needed to make it was imported to Russia for many years. This lead to periodic crises in the silk manufacturing industry. Towards the end of the 19th century it became clear that to avoid them the machinery needed modernising and the scale of production should be enlarged. In 1881 on the basis of their factories, two of the biggest silk weaving manufacturers G. F. Simoneaux and K.O. Jiro set up the Company of Silk Manufacturers. Y. P. Guijon was elected chairman. Their calculations proved to be correct - already at the All-Russian design-manufacturing exhibition in 1882 their velvet, foulard, satin, brocade and other silk materials won the top prize.

In 1893 the reorganisation and broadening of the Shabolovka factory began. By 1898 they had finished several new buildings and rebuilt some of the old ones. They invited one of the most prodigious and successful architects in Moscow of the time Roman Ivanovich Klein to work on the design. Among his most famous buildings are the Emperor Alexander III Museum of Fine Arts built in 1896-1912 (now the Pushkin Museum) and the department store Muir and Merrilees (Now TsUM) on Petrovka. Klein built the corpuses on Shabolovka which are now at the addresses, buildings 3 & 4, 26 Shabolovka Street and the reconstructed building 2, 26 Shabolovka St, and buildings 2, 4 & 9, 28 Shabolovka Street.

There was also a well on the factory territory and a tall boiler pipe, a wooden hen house (a stone house for Simoneaux was built on that spot in 1912 - building 14, 26 Shabolovka) and almost all the buildings had electric lighting.

The three storey brick buildings with the high semi-basement are typical of factories of the end of the 19th century.

And today the brick pipe still attracts attention at the HSE’s Shabolovka complex. It’s a boiler pipe, built in 1902 by Betger & Co. Originally it was 32 metres high but in Soviet times a large part of it was dismantled. A letter from Betger & Co. to Simoneaux in the archives refers to the pipe:

To Simoneaux and Co., Moscow

Dispatching the bill for the construction of your smoke pipe we humbly request you to acknowledge the expense of the absence of our staff and to return the remaining currency entitlements and the relevant building certificate to our representatives.

With the uttermost respect,

Unfortunate accidents occurred during the construction due mainly to the inattentiveness or haste of the female workers. They were all recorded by the police and the injured were treated in the factory infirmary.

Most of the workers at the factory were women who, as a rule, lived in barracks on the site.

In 1907 Simoneaux made the factory a joint-stock company. Over the next decade it employed around 1,000 workers and had a capital value of 2 million roubles. Again they needed to increase production and in 1912 another building was constructed - building 5, 26 Shabolovka Street.

The new building was different from the others, with huge rectangular windows separated by vertical bands along the entire length of the facade. This was a new approach to industrial buildings in which the provision of working conditions in light and spacious shop floors had become a priority. 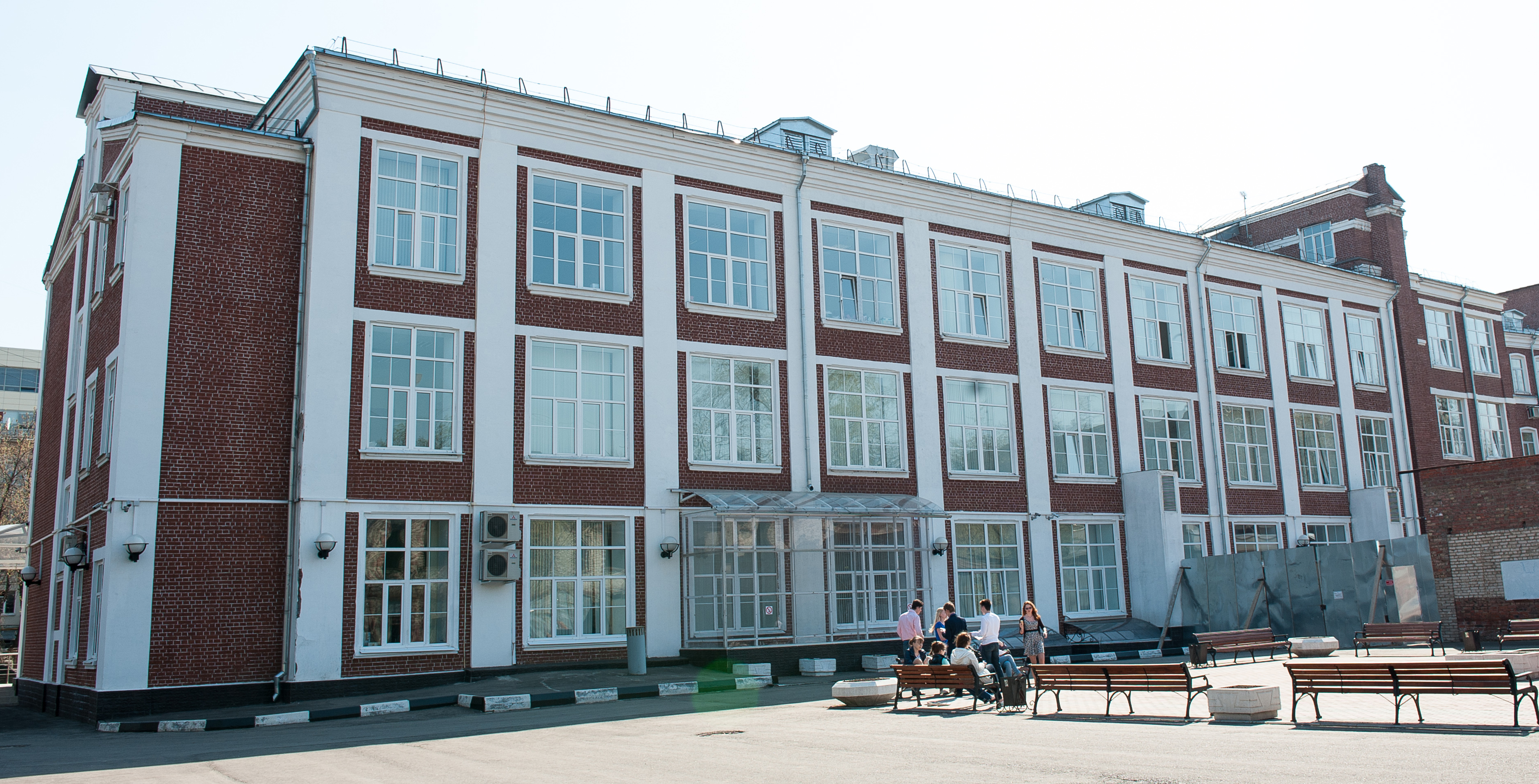 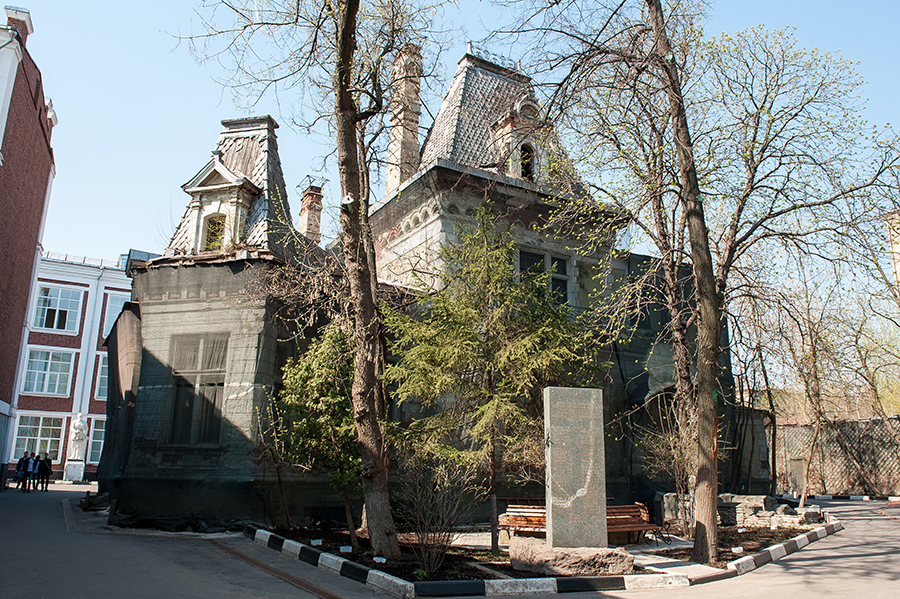 The two-storey town house is in stark contrast to the former factory buildings. Hector Simoneaux himself lived here. He asked Klein to build the house. The mini-palace was designed in 1898 and built in the eclectic style with elements of moderne. Its fanciful layout, Dutch tile roofs, various little balconies and chimneys make it one of the most intriguing examples of architecture from the time. It still has the original wooden staircase.

The house is on the territory of the HSE Shabolovka complex but doesn’t belong to the university. It is in a terrible state of disrepair and desperately needs restoring.

In the 1927 Moscow public inquiries address book, the Moscow Arts Theatre actor Alexei Nikolaevich Gribov, People’s Artist of the USSR and well known theatre and film actor of Soviet cinema, is listed as resident in the house. 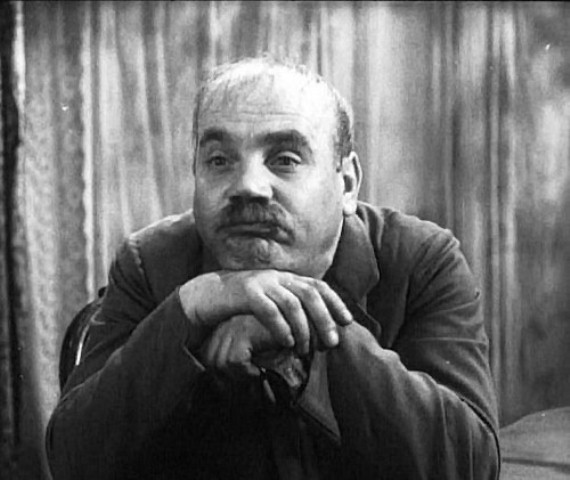 Born into a poor working class family, Alexei Gribov was forced to go out to work at the age of 14. His first jobs were in the many silk weaving factories around Moscow. In spite of the heavy work and being half-starved, Alexei went to a school-club for young workers where he met his first theatre teacher V. V. Baranovsky. Thanks to Baranovsky, Gribov entered the 3rd MKhAT studio but while he was a student there he carried on working.

The silk weaving factory was nationalised and then closed down but the workers moved to another site from which they moved again to a new place. Gribov ended up working at the ‘Krasnaya Roza’ combine, formally Jiro’s factory. This is what Leo Tolstoy wrote about it:

Excerpt from the article “The Slavery of Our Times”

'3,000 women, on their feet for 12 hours a day, stand over the machinery winding, rewinding and passing the silk threads to make vulgar silk materials worn predominantly by prostitutes of one kind or another. All these women, with a few rare exceptions, have come from the countryside and will not return to their families but will give birth, sometimes on the threshold of the factory, and are back at the machines a day later. They parcel off their illegitimate babies to starve to death either back in the village or in the foundling hospital. Three thousand women at any given moment, so, over the last twenty years, tens of thousands of young, healthy mothers have been destroying their lives and the lives of their children to make velvets and silks for dissipated women. I know about this because it happens to be going on near me but the same thing is happening to hundreds, thousands, they say two million people all across Russia…'

When he started work there, Alexei Gribov lived in the factory barracks and continued to do so even when the factory shifted to another premises. By 1927 he graduated from the MKhAT studio and started performing in the theatre, but went on living in the barracks where he worked.

In 1918 the Directorate to nationalise Simoneaux’s factory was established but in the 1920s all the buildings were handed over to the Moscow Soviet of National Economy. In 1937 the Dzerzhinsky State All-Union automated bobbins and reels factory was organised. And in that capacity the factory continued until the 1990s.

During WW2 many workers went to the front to fight, never to return. Their names are listed on a memorial plaque at the entrance of the complex. After the war in the 1950s several of the buildings were refitted with modern machinery.

By the 1990s the demand for goods produced by the bobbins and reels was falling. It was decided that the factory which was widely known as Spul’ka (bobbin) should be converted to produce paper and technological items. One of the buildings by the metro station on the red line, Shablovka Street was given to faculties of the Textile Institute.

In 1995 there was major fire on the territory. Nearly all the factory buildings were damaged, some of them seriously. In 2005 attempts were made to reconstruct the buildings but the restoration wasn’t completed. That was how the Shabolovka complex was when it was given to the HSE which is currently finishing the job of restoring it.

The buildings on the Shabolovka site house: