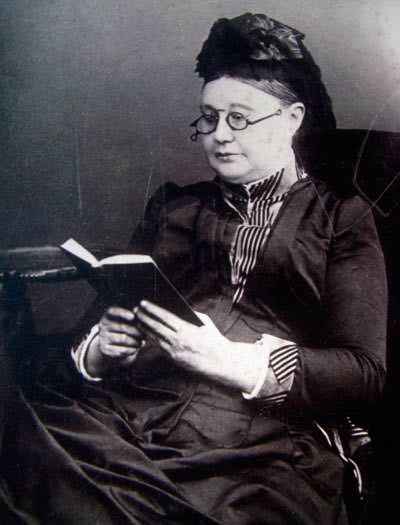 The large area occupied by the Institute once belonged to two even larger properties whose gardens met at the middle of what is now No. 3. The turbulent lives of their owners played out a little further down the lane at what is now No. 1 and at No. 12 Pokrovsky Boulevard.

No. 1 Bolshoy Tryokhsvyatitelsky Pereulok has a lively history. It’s known that from 1772 it belonged to Prince Serban D. Kantemir, the brother of the poet Antioch D. Kantemir. The next owner, Lopukhin opened a private school for boys at the top of the lane where the remarkable engineer who constructed a new water supply system for Moscow, Baron Andrey I. Delvig began his education. From the mid 18th century a large part of the property on the lane belonged to the Morozovs a hugely wealthy manufacturing family. Many of the Morozovs are well known and Maria Feodorovna Morozova, the mother of Savva, Sergei, Anna, Alexandra and Yulia is remembered by muscovites as an extraordinarily wealthy woman and a great benefactor.

Her daughter Yulia, when she married the textiles manufacturer Grigory A. Krestovnikov became the owner of the house with its piano nobile looking onto Pokrovsky Boulevard and a large garden on Bolshoy Tryokhsvyatitelsky Pereulok. In 1916, during the First World War a hospital for wounded soldiers was established in one of the buildings on the lane.

At the end of 1917, life at the two old estates changed dramatically and irreversibly. The left wing Socialist Revolutionaries (SRs) set up headquarters in the house that had belonged to Kantemir and it became the centre of one of the biggest uprisings in Moscow against the Bolsheviks. The SRs captured several strategically important buildings and arrested directors including Felix Dzerzhinsky who came to the headquarters to hold talks. They had artillery cannon mounted there to fire at the Kremlin. On the morning of July 7th 1918 armed units of Bolsheviks appeared in the lane and began an assault on the SRs. The battle continued for several hours until the uprising was crushed.

A year later the new government found it didn’t have enough prisons or concentration camps to accommodate its enemies. In 1919 dozens of detention centres were opened in Moscow, one of them - Pokrovsky - took over all the odd-numbered houses in the lane.

This is a men’s camp. It is in what used to be Morozov’s mansion. Most inmates are petty criminals, speculators and fraudsters. There are 20 English POWs from the front at Archangel and about 150 political prisoners; students, artists, pharmacists, engineers, priests and monks, traders, kulaks and others. They are mostly hostages.

All the prisoners, except those unfit for labour are sent to work for 8 hours a day. If they have to work overtime, they get an additional bread ration. There are no complaints about the food, or about treatment. Significantly, the bread ration in this camp is ½ a pound a day - four times what a worker gets and the same as a Red Army soldier’s.

By 1929, with the Civil War long over, the army was demobilising. The economy was in a parlous state and it was clear that they needed new education centres to train new Soviet specialists. The Moscow Workers’ Evening Institute for Machine Building (named after Janis Lepse the Latvian revolutionary) was established especially to provide education for former Red Army soldiers. A new building was planned on what by that time was Bolshoy Vuzovski Lane in the place where the two old family estates of the Morozovs and the Krestovnikovs met.

The building work began in 1931 and was completed in a year. It was designed by the newly qualified young architect Philip S. Revenko.

It was purpose built with capacious lecture halls and big windows to give plenty of natural light. Wide corridors and a foyer with fitted electric lamps. The most remarkable aspect of the building are the two, wide, symmetrical stone staircases with broad landings between the steps. Each has tall, floor to ceiling windows made of square glass blocks.

In the 1960s the building was given a major overhaul. Beautiful new stained glass windows, designed by Valentina Statun were added. Stained glass work was almost a forgotten craft in the early Soviet years but in the 1960s, with Statun as a major proponent, it was having a revival.

Statun founded and taught at the department of glass work at the Moscow Higher College of Industrial Design. She invented using aluminium mounts for holding the glass in place. The simple technology, accessibility and low cost of materials, the decorative quality of the windows assembled by the methods Statun devised made stained glass extremely popular in the 1960s and beyond. 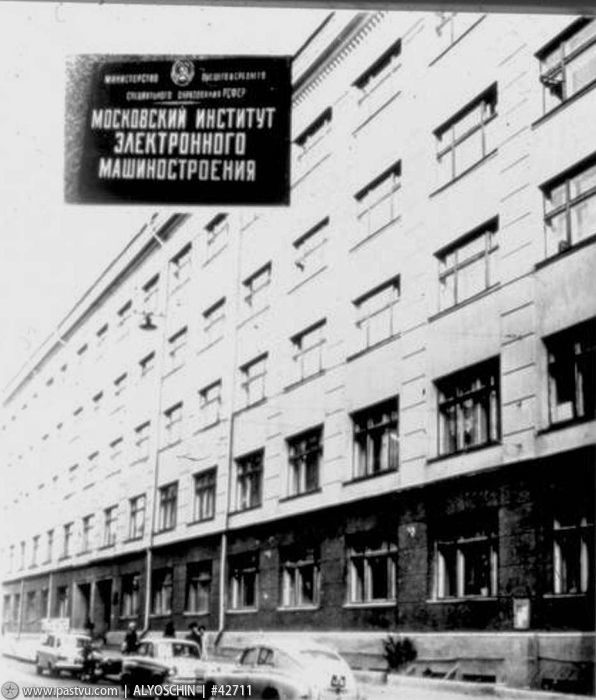 MIEM building at No. 3 Bolshoy Tryokhsvyatitelsky Pereulok
Photograph from 1973 miem.nurull.in

The huge stained glass composition on the staircase in this building together with the rich colouring creates a kaleidoscopic impression and fills the areas around the staircase with a storm of vivid, moving colours.

The Peat Industry Institute and MIEM

Even at the construction stage it was decided that the building would be given to another organisation - the Peat Industry Institute. When it moved there it had 191 students and by 1941 there were more than 1,000. For a while, during the war, the institute was evacuated but resumed work in 1943 and then in 1958 the entire Peat Industry Institute transferred to Tver (or Kalinin as it was then) although students in their final years stayed on in the old building in Moscow until 1961.

In 1964 the first engineers with new specialisations graduated from MIEM. Since 1993 it has been called the Moscow State Institute for Electronics and Mathematics but keeps the same acronym. For half a century now it has been turning out highly qualified specialists in science, production and economics. 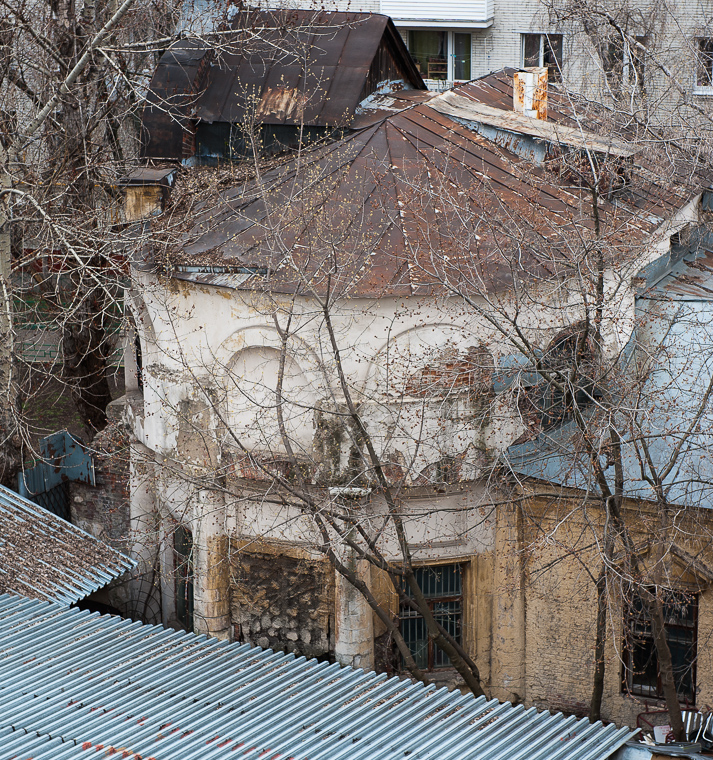 There are several buildings in the yard on the left hand side of the Institute, one of which is shaped like a round tower. It used to be the orangery in Maria F. Morozova’s garden. In 1889 she put it at the disposal of the young artist Isaac I. Levitan, without even having met him. The other part was occupied by Sergei T. Morozov (her son) who also liked to paint and was the same age as Levitan. They were friends throughout their lives. Sergei turned the two-storey building into comfortable rooms on the ground floor and a bright studio upstairs.

Levitan spent his most productive years here and painted his best works in this studio. Many of his large circle of friends also visited him here.

One of them was the painter Alexei Stepanov who lived nearby (see the page on 8 Pokrovsky Boulevard).

A humourous poem by Alexei Stepanov about his friend

And this is Levitan’s out-house,
The famous artist here abides,
He rises very, very early,
And drinks a cup of chinese tea.
He calls to his dog, Vesta,
Gives her a jug of milk
And, without even getting up,
Dabs a little at a study.

Isaac Levitan’s studio apartment is of cultural importance but at the moment is sorely in need of restoration. There are some projects, including plans to make a Levitan museum here.

The HSE has been renting the building since 2012.