The Relationship between Objective and Subjective Economic Well-being in Russia

On April 16, 2020, the second research seminar was held at the International Laboratory for Social Integration Research. Daria Salnikova, senior lecturer of the department of higher mathematics and junior research fellow of the IL SIR, presented the results of her dissertation research conducted under the supervision of professor V.V. Radaev. The study is devoted to examining the existing gap between subjective and objective economic well-being.

The report provided the findings of the cross-sectional study on the sample of transition economy countries. The source of the data is the second wave of the Life in Transition Survey. The author demonstrated that macro-economic indicators do not shape individual subjective well-being. At the same time macro-economic indicators are significant moderators of the relationship between social capital and satisfaction with one’s own economic conditions. The second part of the report summarized the findings of the study conducted on the data of the Russian Longitudinal Monitoring Survey – Higher School of Economics. The time span from 2000 to 2017 allowed to test whether the habituation theory is relevant to explain the discrepancies between objective and subjective well-being in Russia. In addition to this, it was shown that the adaptation effect varies across social groups.

The colleagues from the Centre for Stratification Studies V.A. Anikin and S.V. Mareeva took part as discussants and provided valuable feedback.
Author 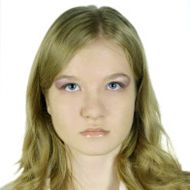