June 18, 2020 at the on-line seminar of IL SIR, Andrey Kozlov the leading researcher of the laboratory, gave presentation ‘How Body Size Follows Social Changes in Arctic Generations: the Case of Western Siberia’. Researchers from Russia and Canada took part in the seminar. Discussants: Dr.Tracey Galloway (Department of Anthropology, University of Toronto Mississauga) and Prof.Elena Tarasenko (Higher School of Economics). 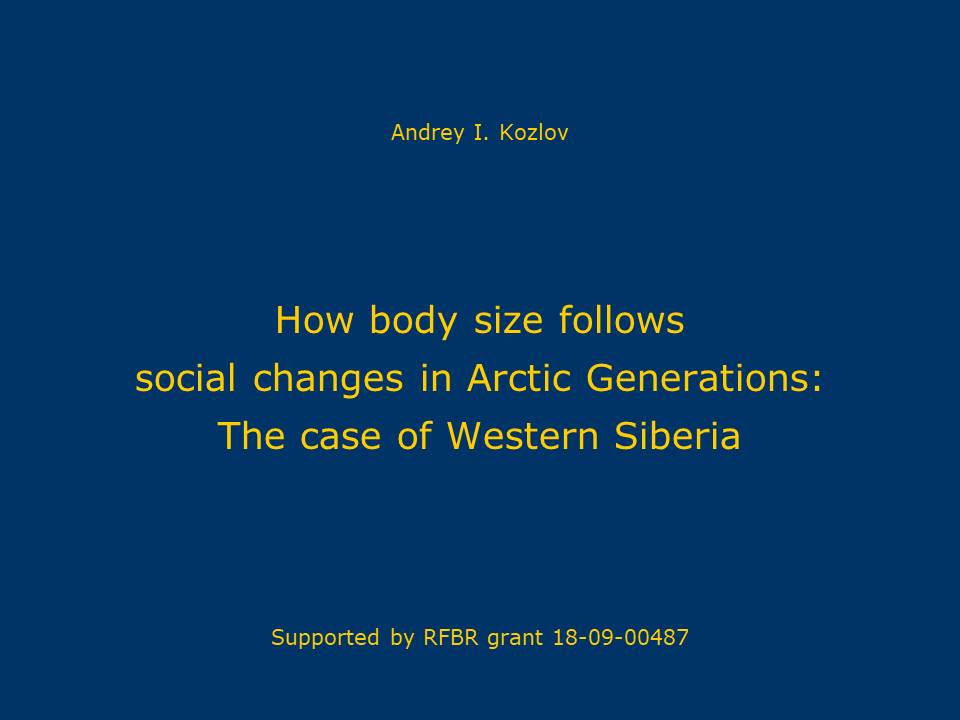 We traced long-term changes in anthropometric characteristics of Ob Ugrians (Khanty and Mansi) from the 1860s to the 2000s. There were three periods of rapid changes in adult body height correlated to life style modifications.

The involving of the Ob Ugrians into the "Soviet" way of life and providing them with primary medical care in the 1930-40s led to a 10 years-increase in life expectancy (up to 27 for females and 35 for males). The first wave of modernization followed by an increase in body height: +3.7 cm between the females born in the 1930s and 1950s.

The generation of the 1950-70s underwent forced relocation to large settlements. This period of lifestyle changes was marked by a cessation of intergenerational increase in height. However, due to better medical care and support for pregnant females and children, life expectancy reached 44 and 56 years for males and females by the 1960s. The second shift in height (+5.8 cm in females) exhibited the descendants of this generation born in the 1980s and 1990s.

By the 21st century, the Ob Ugrians entered post-traditional world with the dissolving of boundaries around the once isolated populations. Life expectancy scored 47 years in males and 58 in females. Compared to the cohort of the 1990s, the females born in the 2000s were 6.2 cm taller. Such height increase looked at least strange, since there were no noticeable positive social changes in the region, including medical care. More of it, there is a sharp decline in population.

The analysis of demographic data shows, that previous genetic isolates of indigenous populations are permanently destroyed. The descendants from interethnic marriages are genetically differ from their parents and ancestors, which is reflected in anthropometric indicators, including body height.

The long-term changes in body size of indigenous people of Western Siberia since the 1930s to the 1990s comply with the “quality of the environment” hypothesis. Rapid somatic changes had been following significant life-style transformations.

By the beginning of the 21st century, the gene inflow from other populations (both indigenous and non-indigenous) had become the leading factor affecting the physical features of the Khanty and Mansi people. 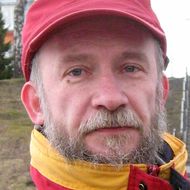