Religions and Society in China 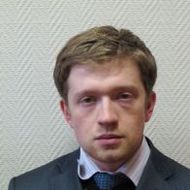 This course provides an introduction to the study of the history, major teachings, and practices of the major Chinese religions and spiritual practices and is deigned to give conceptual tools to appreciate diverse religious practice in East. It covers the development of Buddhism, Daoism, Confucianism and wide range of popular and local religions. From historical perspective we will also explore the development of key theological, religious and philosophical doctrines as well as associated practices. An effort will be made to spend time on each tradition according to its importance to Asia as a whole.