Daria Galitsa: “A Change is as Good as a Rest, and This is My Life Motto”

Being a full-time Master student is a big challenge but our students can deal with it easily. Daria Galitsa, a second-year student of the programme “Socioeconomic and political development of modern Asia” talks about her path to HSE University, aspiration for Asian studies and the ability to find balance between studies and hobbies. 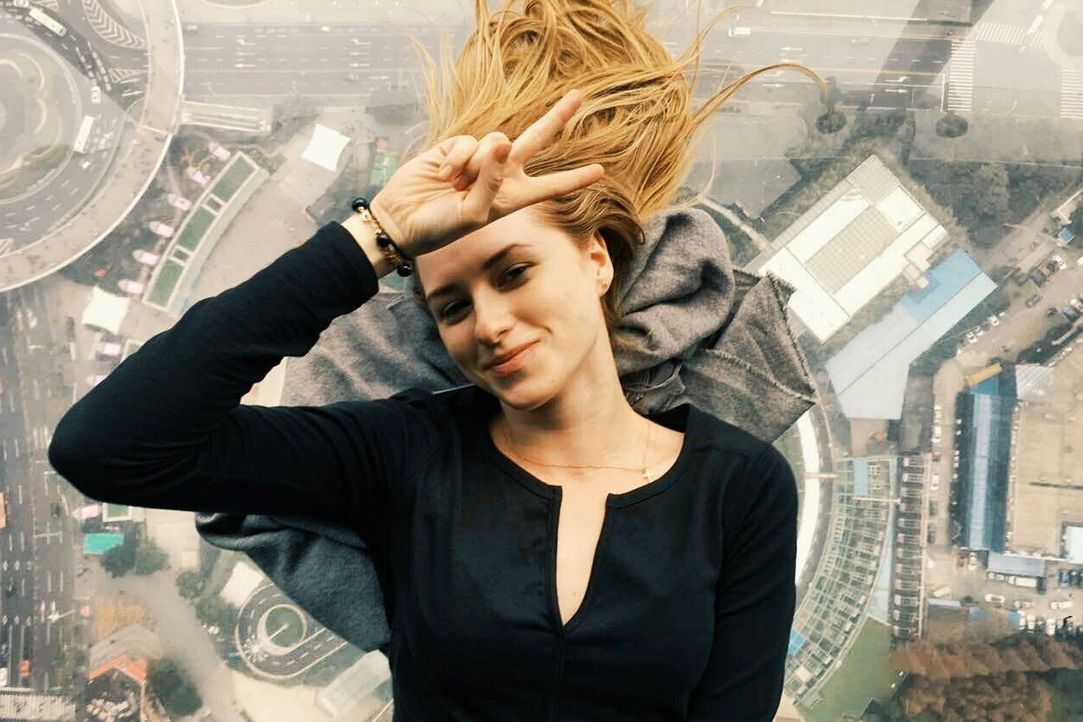 My name is Daria, I was born in West Siberia, in Tumen city. Now I am a second-year Master student of the programme “Socioeconomic and political development of modern Asia”.

During your undergraduate studies, did you visit China?

During my Bachelor’s, I studied International Relations at People’s Friendship University and after the second year I went to China for a year as an exchange student and that was my first visit to China and I suppose that period of time really assured me that I need to go further hand-in-hand with the Chinese language and that I want to do Asian studies and work with the Chinese language. I went to Jinan city, Shandong province and I studied in Shandong university, which was a one-year Chinese language course.

I suppose my exchange experience in China really assured me that I need to go further hand-in-hand with the Chinese language and that I want to develop in Asian studies.

What aroused your interest towards Asia?

Firstly, when I entered PFUR, I've chosen to study Chinese language because I wanted just to try the most difficult and unusual language within those which were available in our faculty.  Secondly, my interest in Asia was also provoked by travelling: before going to China, I travelled with my parents to Thailand and then I traveled a lot during my exchange in China: Beijing, Shanghai, Hangzhou, Xian, Taishan Mountain, Guilin, etc. Before it seemed to me that Asia - is something inexplicable and inconceivable. But travelling made me feel involved in and more familiar with life of the continent, it became for me more opened and colourful, and thus goaded my curiosity.  I realized that if only in China there are so many interesting and fascinating places, then what can I see in other countries of this continent? And at that time, I realized that I want to specify my knowledge in Asia.

How did you find out about HSE University? Why did you choose this Master’s programme?

After the year in China, I basically decided that I want to specify my knowledge in the region of Asia and China in particular. So, when I returned to Moscow and proceeded studying at PFUR I started hearing about HSE University more and more from people, news and mass media, so it seemed to me that at that period of time HSE was already known as a progressive university of Russia. Moreover, there was a Master's programme connected with Asian studies, so when I was about to graduate from PFUR, I decided to try myself and enter HSE and, fortunately, I succeeded!

Up to the moment of application, I already knew that HSE is specialized not only in economics, but for the first time when I heard about HSE as the Higher School of Economics, I was in my first or maybe second year, I thought: “Is it really only about economics?” But after the third year I understood that it is a comprehensive multi-dimensional university, where you can find different faculties and courses, so I didn’t have any doubts.

Then I searched for the schedule of the programme, the syllabi of the courses and the profiles of the professors. This information was easy to find because everything is available at the programme’s website: when we will have classes and in which module which course will be taught. That made me familiar with the programme in advance.

Are you satisfied with your studies? What are you planning to do after MA graduation?

Now I am really satisfied with the programme, I was really surprised by the first year of studies, I really liked the professors, their skills, how they organize lectures and, moreover, how they can conduct them in English! Before that I couldn’t even imagine that in Russia we have such great and talented professors that can present the material in foreign language so all the students will understand it, that was impressive! There were courses that are not common for other universities, when I studied in People’s Friendship University, we had a lot of courses about history and it seems to me that this MA programme is not only about history, but more about economics and politics. This programme is rather comprehensive, practice-oriented and up-to-date. It makes you engaged in the research, it flashes the scientific interest instead of only doing your homework.

You recently recorded a music video in Chinese, how did you get the idea of it? Who or what inspired you?

I have recorded many video covers in different languages like English, Chinese and even Ukrainian before and this time, when I decided to record a Chinese song, I wanted to do something special. I really liked the song “Fake Monk”, which I heard for the first time during my exchange in China. This song was written and performed by the father of Chinese rock and also this song reminded me Russian rock style. 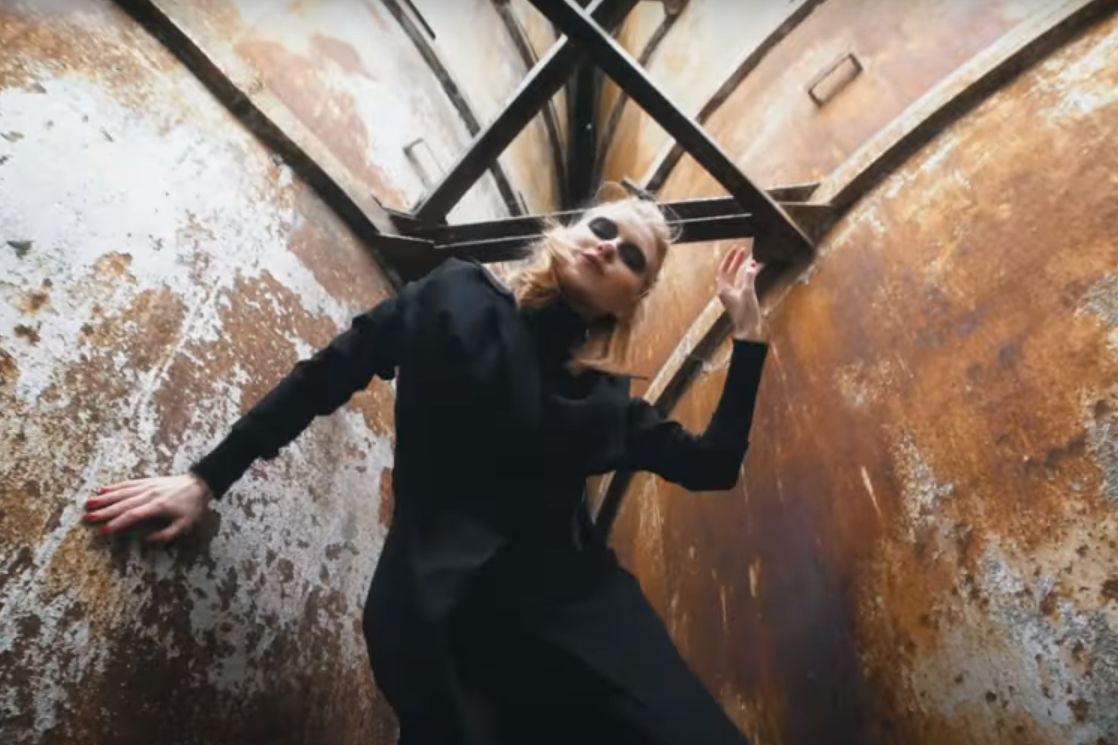 When I started to think about how to perform this song, I started to watch some other music videos for inspiration and I found the music video of Russian singer Linda, who was popular in Russia in the 1990s, she has a song called “Crow”. This song has a grunge atmosphere, which correlates with my impressions of that Chinese song, because this song is about a monk, who is called “fake” monk: he wants to go far, fly away and become free and he doesn’t want anybody to go with him. But at the same time, I was always wondering, why is he called a “fake” monk? Maybe he may be a fake in a way that he cannot become free in the whole sense of this word, he still has something that holds him. I think that it can be the past that each of us has, and wherever you are, you take your past with you, you can’t run away from it. Thus I decided that the main character of the video should be performed as a big black bird.

I wanted to unify my two main hobbies: music and Chinese, because I have been singing since I was 2-3 years old and music has always been with me. I have taken singing lessons since 8 and have also attended music school, and then at the university I started to learn Chinese. This was the initial idea, the main stimulus for me – to unify these two things, and it became the way of my self-expression.

How do you find time and balance for studying, music production and personal life?

Sometimes it’s difficult to find time for everything but I feel more harmonious and balanced, when I do something for my studies and then dedicate some time for my hobbies. It’s not interesting for me to do only one thing, to change the activities is much better. There is a proverb in Russian, a change is as good as a rest, and this is my life motto.

I really can assure everyone applying to HSE that you will find some interesting activities besides classes: here are a lot of clubs and studios for creative work, like there are  a scientific club, a theater and a choir, where everyone can participate, as well as interesting people, with whom you can spend time. And HSE University teaches you to deal with deadlines, so you will learn how to manage your time and how to spare some for other activities. The main criterion is your own interest and own will to do something!