Delivered at:
Department of Applied Economics 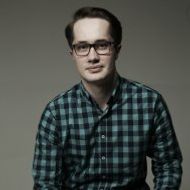 This course is a gentle introduction to modern applied statistics and econometrics. The course is based on the following principle: first, idea and formal description of mathematical concepts are given, second, these concepts are applied to real-world problems. The course has three main chapters: probability theory, statistics, and econometrics. Programming in R will be a red thread through all topics. Usage of R helps to apply statistical techniques to real data. The probability theory’s part is devoted to the most fundamental aspects of statistical analysis. Moreover, during this part we will also cover R programming, therefore, the first part of the course will form foundations for further topics. The statistics’ part explains principles of the basic applied statistical analysis and serves as a bridge between probability theory and the most applied part of the course, econometrics. Econometrics is a collection of mathematical tools which helps to forecast variables, find new dependences and test theories.