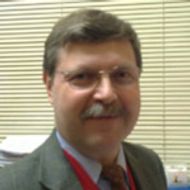 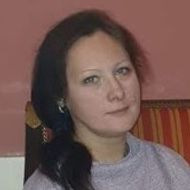 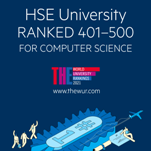 HSE Among 8 Russian Universities on THE Top-500

According to the Times Higher Education (THE) world university ranking, Higher School of Economics (HSE) entered its 401-500 range out of 980 institutions of higher learning throughout the world in 2016. In particular, HSE ranked No. 4 among the Russian universities on THE.

The 3 leading Russian universities on the ranking include Lomonosov Moscow State University (ranking 188th), Moscow Insitute of Physics and Technology (in the 301-350 range) and ITMO University (351-400). In addition, another 5 universities in Russia were included in the 401-500 group of THE – HSE, Saint Petersburg State University, MePHI, Kazan Federal University and Novosibirsk State University. It is worth noting that this is HSE and ITMO’s first appearance on this ranking, securing noticeably high positions.

The experts gave high marks to HSE in both its level of teaching (placing 334th) and research work (taking the 338th spot).

According to HSE Rector Yaroslav Kuzminov: ‘Our efforts have been recognized by the global academic community, which is reflected in the high marks given to our instruction and academic reputation.’ He added that ‘we also had good results in terms of internationalization: the percentage of foreign students and instructors is increasing steadily.’

In 2016, THE made its bibliometric requirements less stringent, which, in turn, lead to the appearance of many new institutions on the ranking. For instance, there were 179 new institutions and competition among them has generally picked up. Of the 24 Russian institutions of higher learning on this year’s ranking, 11 made their first appearance.

Furthermore, THE ranking may include universities, which over the past 5 years have published no less than 150 articles every year (in previous years, the minimum cutoff was 200 publications). At the same time, the average number of publications for this period should still come to over 1,000.

‘This was the sole reason preventing HSE from joining the ranking in previous years,’ Yaroslav Kuzminov said, adding: ‘even though HSE has put out over 3,000 high-quality publications over the last 5 years, and the fact this number has been growing with every year, our results were not considered as we published less than 200 articles in 2010.’

Unlike the QS ranking, where academic and scientific indicators of universities and institutions of higher learning are roughly equal overall, Times Higher Education makes a specific emphasis on academic accomplishments (e.g., bibliometric results, revenues from research work, academic distinction, etc.) and, thus, their proportional weight on the ranking comes to 70%. As a result, Russian universities have found it quite a challenge to compete with foreign organizations, since the Russian science has been traditionally strong in the institutions of the Russian Academy of Sciences.

THE’s methodology is based around 2 levels. The first level features 5 groups: teaching (30%), research (30%), citations (3), internationalization (7.5%), and revenues from research (2.5%). Each group in turn consists of several second level indicators (for the 5 groups, there are 13 indicators). Calculations of all indicators are based on data culled from 3 sources: surveys of global experts, bibliometric data from the Scopus database and stats provided by individual universities and academic institutions.
Date
22 September  2016
Topics
Education
Keywords
international rankingsuniversity rankings
About
Master's Programme in Computer Systems and Networks
About persons