Anemokinetics: transformation of tree branch movements into an energy source

A graduate of the international master's program ‘Prototyping future cities’ Alexander Altenkov dedicated his project to alternative energy sources. The study was conducted under the guidance of the architect and Shukhov Lab leading expert Elena Mitrofanova.

Continuous flows of energy are involved in nature. According to the first law of thermodynamics Energy neither arises nor disappears, but only passes from one state to another. Emerging technologies, contemporary cultural context, as well as a shift in ethical paradigms allow scientists, inventors and artists to invade the continuous cycle of energy transformation in order to use this resource for various needs.

This project offers one of the new approaches to implement the aforementioned cycle. Namely, this study explores the potential of generating electricity using repetitive oscillatory movements of tree branches.

To achieve this goal, first an analysis of tree branch movements was carried out. This stage included tracking fluctuations of branches in order to identify the average deflection from the initial position of the branch. As a result, it was found that, depending on the type of branch, the height of its location and the wind speed, fluctuations may vary from 1 to 45 cm. Further work was carried out to develop a mechanism capable of converting these waverings into electricity. 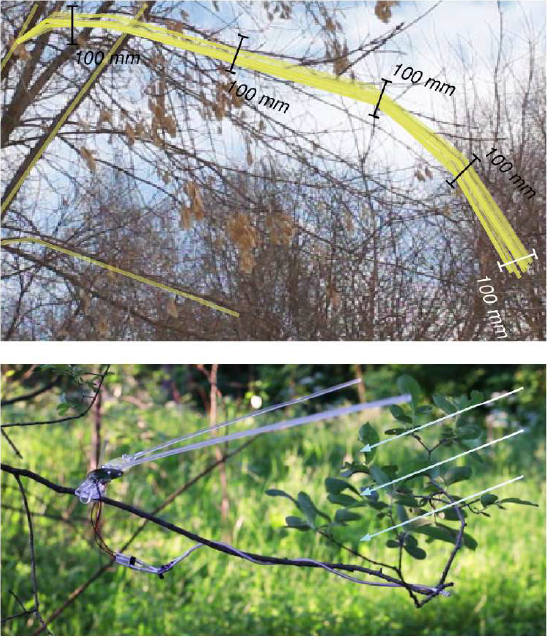 For this purpose, it was decided to use the piezoelectric method of generating electricity. The developed mechanism consists of a piezo disc fixed between the movable part which is the rod and the static element, which is a branch fastening. Thus, electricity generation arises due to the deformation of the piezodisc, which occurs due to the oscillations of the rod attached to it. The electric charge is generated as follows:

1. Wind flow or local species activity creates oscillatory movements of the branch. This movements is characterized by extreme upper and lower positions of the branch's movement trajectory, reaching which it begins to move in the opposite direction.

2. At this moment, due to the flexibility of the piezodisc to which the rod is attached, inertia occurs at the farthest point of the rod and multiplied by the moment of force, it deforms the piezodisk, which leads to the appearance of an electric charge. 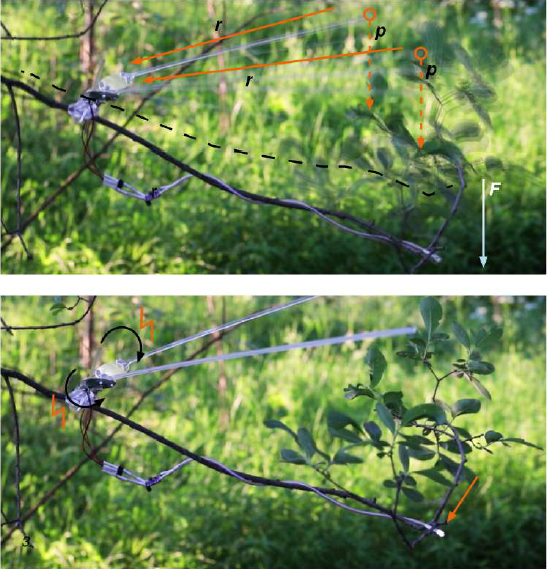 During the development of the prototype, electric circuit and field tests, the result was obtained that each cycle of the branch movement generates a charge equal to 3.6 volts with a current of 0.1 amperes and a duration of 200 milliseconds.

The project proposal involves the use of generated electricity for the purpose of off-grid navigation in urbanized spaces, where nature in the form of a green infrastructure has partially gone out of control, creating shaded and wild areas, such as poorly maintained parks, gardens and courtyards. At the same time, the application of this technology is not limited to navigation, the range of possible applications depends on the number of ‘Anemokinetics’ mechanisms. For example, several mechanisms can power sensors creating an Internet of forest (IoF) for ecomonitoring of green areas, dozens of mechanisms can create a network of small power plants. 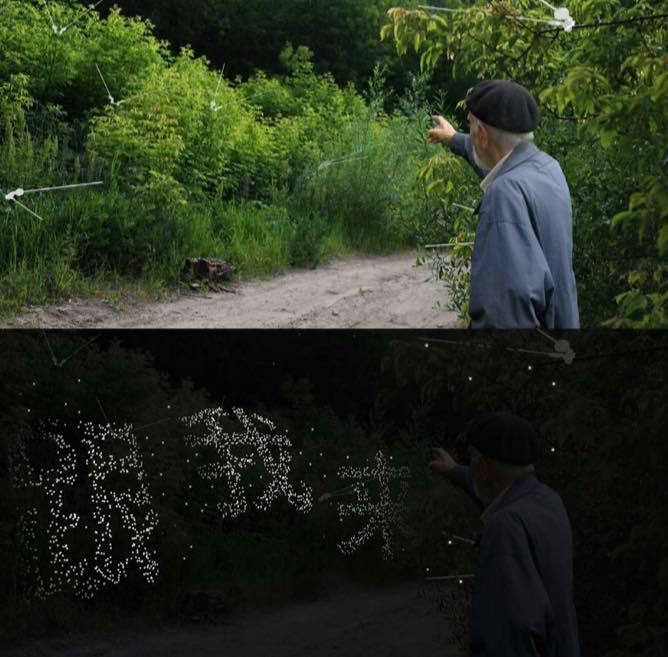