Altynai Nogoibaeva graduate of the Master's programme 'Prototyping future cities' conduct her final research about implemintation of a generative adversarial network in peripheral residential areas (case of Bishkek). She was doing her thesis under Vadim Smakhtin's supervision CTO, Partner at Habidatum, software engineer and tutor of 'Research seminar technology' at the Master's programme.

Bishkek is undergoing urbanization within a predefined framework, much of which follows trends put in place during the Soviet times. This top-down approach legacy has resulted in infrastructure that has little room for the participation of the citizen. Given the constant spatial growth of Bishkek in the age of urbanization, the city and its residents are excluded from participating in the vision of how the aesthetics of the city could be developed in coming years. There exists a detailed plan for the development of the central districts of Bishkek, however the suburban individual housing districts are left to the means of the residents themselves. Subsequently, it is difficult for the residents to objectively and realistically answer questions like “How will the appearance of our neighbourhood change in the future?”, “How do we want it to change?”. To address this challenge, this project hereby presents a speculative computer vision method for generating urban visual material to projecting future appearances of suburban neighbourhoods of Bishkek. 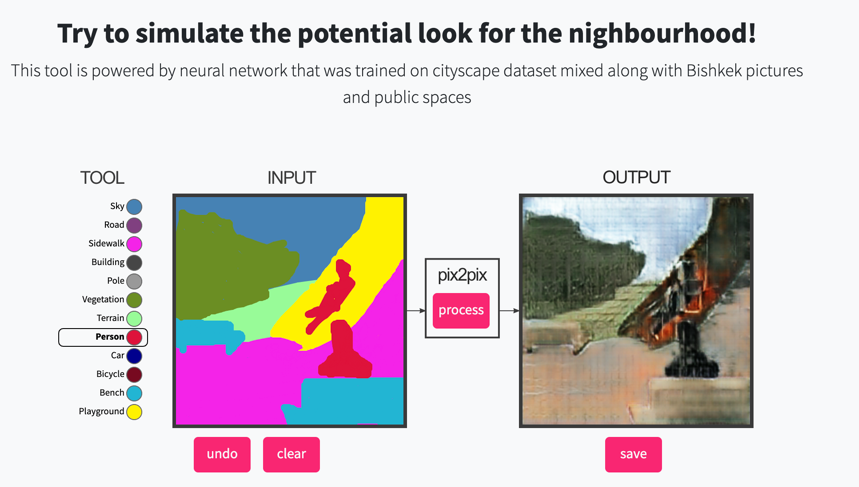 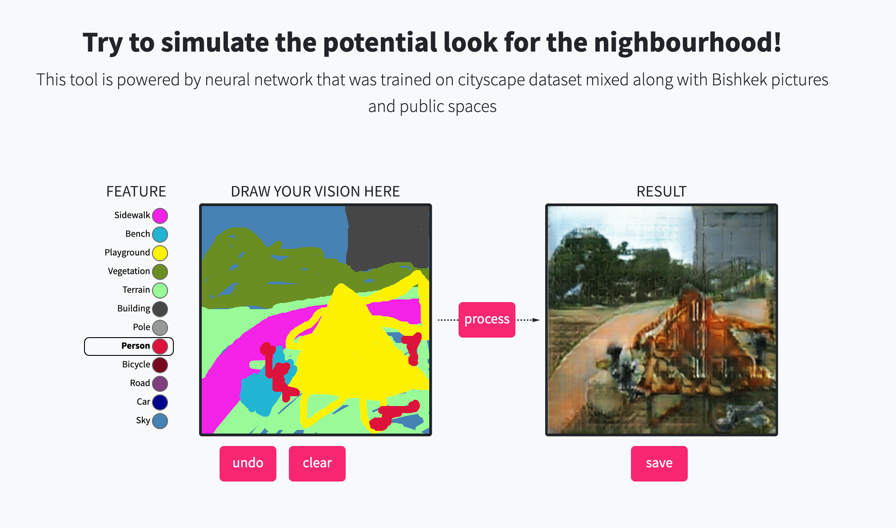 In a core, lies the idea of democratisation of urban design. We offer a speculative instrument which allows residents to express and propose ideas and aspiration for urban design in a visual form. The focus is made on public spaces, which include greenery, urban furniture, light and road infrastructure. An instrument is based on the latest openly available image-to-image translation neural network pix-2-pix. We trained the model with our own dataset which comprises of public space and playground images. In addition, the model was trained with openly available Streetscape dataset. As a result, we got an interactive web application powered by AI, in which citizens can roughly sketch their proposals for developing area and get a realist looking image an output. 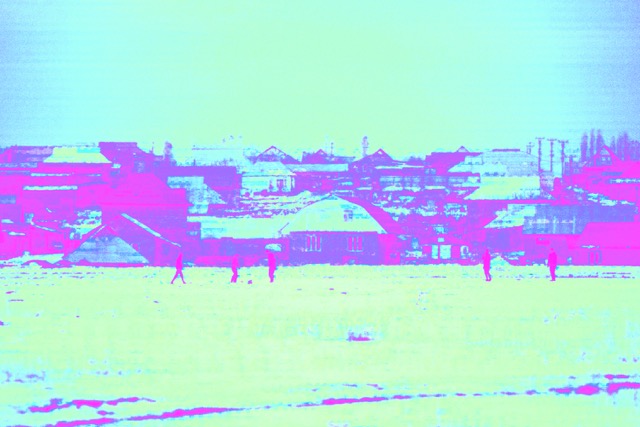