‘Mycokarst’ is the new generation of urban materials based on karst soil or stone composite and fungal spores that are able to ‘self-repair’ in extreme conditions. Karst sinkhole is the unique natural phenomenon that is caused by the groundwater movement inside the soluble ground rocks. However, in today’s cities, karst phenomena are usually associated with collapses of roads and entire settlements. A number of strategies are used to explore karst topography; however, sinkhole hazards in karst areas, assessing karst presence and their management are not well understood.

What is research dedicated to?

The study aims to utilize biotechnologies in relation to materials with a high probability of destruction. It is noted that a material based on the simplest microorganisms has the greatest flexibility and resilience. The study’s focus is on the fungal spores due to their ability to grow and expand along the pores and cracks of the material under moisture and realize biocementation of ground. Based on the karst ravine in Kazan city, the experimental study allowed to prove that fungal spores mineralizes karst`s calcites and produce limestone. The quality of gained carbonates was evaluated by soil`s modules resistant to weight and load up to 40 MPa, as well as by mycelium patterns, differing in density depending on soil`s components. The hypothesis was confirmed: fungal spores produce two patterns - carbonate minerals that provide karst resilience and elastic living matter that binds karst`s grains and shapes the landscape.

Mycokarst is promoted as a new generation of urban materials that is able to ‘self-repair’ in extreme conditions and, as a result, shape a unique morphology without human intervention. An actively developing city has the potential to introduce ‘smart’ methods of monitoring karst processes and new typology of sustainable ecosystem. The breakthrough of the work is that the technology of managing urban ‘non-programmable’ phenomena, demonstrated on the example of karst, can be applied in relation to architectural materials as well. 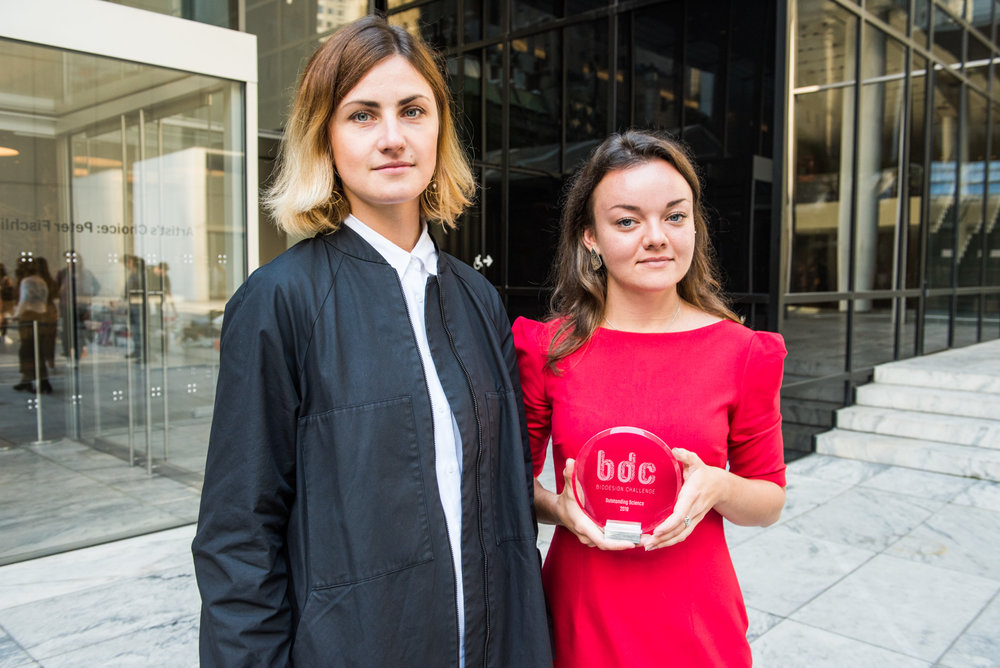 On June 20 Anna Budnikova,  fellow of the grant of the president of the Republic of Tatarstan and graduate of the GSU Master's programme 'Prototyping future cities’, presented her research ‘Mycokarst’ at the Parsons School of Design within the Biodesign Challenge Summit 2019. Anna was selected from over 500 students from 34 Universities of the world. The Awarding Ceremony was held at the MoMA The Museum of Modern Art in New York on June 21. Anna Budnikova received the Outstanding Science Award at the Museum of Modern Art (MoMA) for her research.