In July 2019 Shukhov Lab held the summer school ‘Urban Meditation’ for students, young architects, designers and young professionals in the field of urban planning and urban studies. The curator of the workshop was Maria Kuptsova, PhD in Urban Design, as well as researcher and tutor at the University of Innsbruck, Institute of Urban Design, Synthetic Landscape Lab.

17 students together with experts conducted research about noise in Moscow and produced the installation for the Geek Picnic festival of Science, Art and Innovations 2019.

'Urban meditation' researchers explored the urban landscape through meditative observational practices to identify the auditory comfort of the urban environment.

Sound landscape of nine landmarks in Moscow were explored. Through manipulation and concentration of sound waves, an interactive spatial prototype augmented the sound landscape of all nine research sites. The installation allowed to explore historical layers that no longer exist, and provided city dwellers with an opportunity to perceive certain audial information of the urban environment which inspired them listen to the city more thoughtfully.

Data was collected from all nine locations and research results were discussed with international experts. Based on the results, modelling and fabrication processes began. Parametric modelling was made using Grasshopper in Rhino. 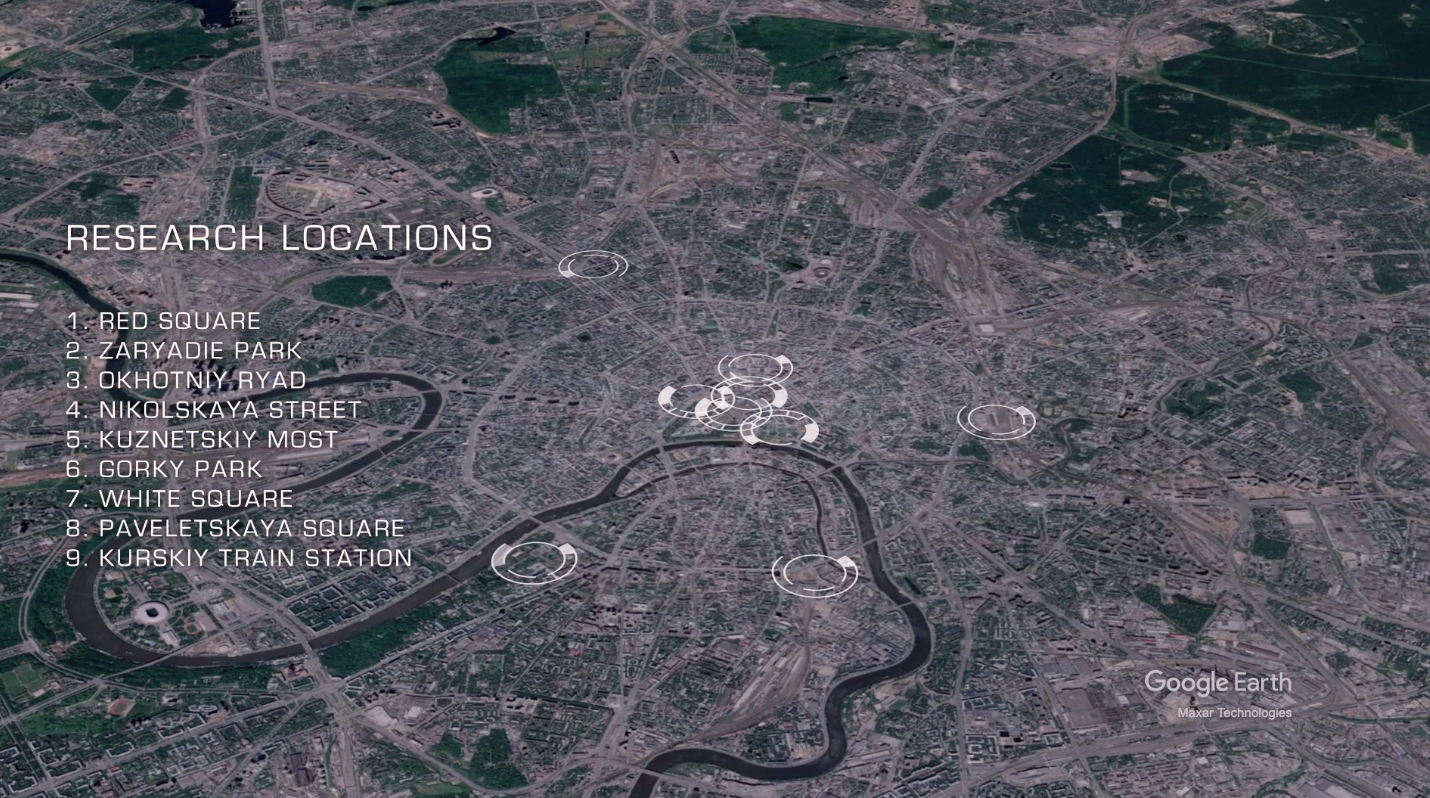 The pavilion is a wooden structure made of oak double curvature bending slats. The entire surface is filled with one-shaped cells of different scale from light curved plywood.

Materials
The base is made of birch and pine wood. Beech and crib wood were used for the structure.

Digital fabrication included the use of CNC milling and laser-cut machines. The base and the main structure were produced using CNC milling. 'Ears' were made using CNC laser-cut. 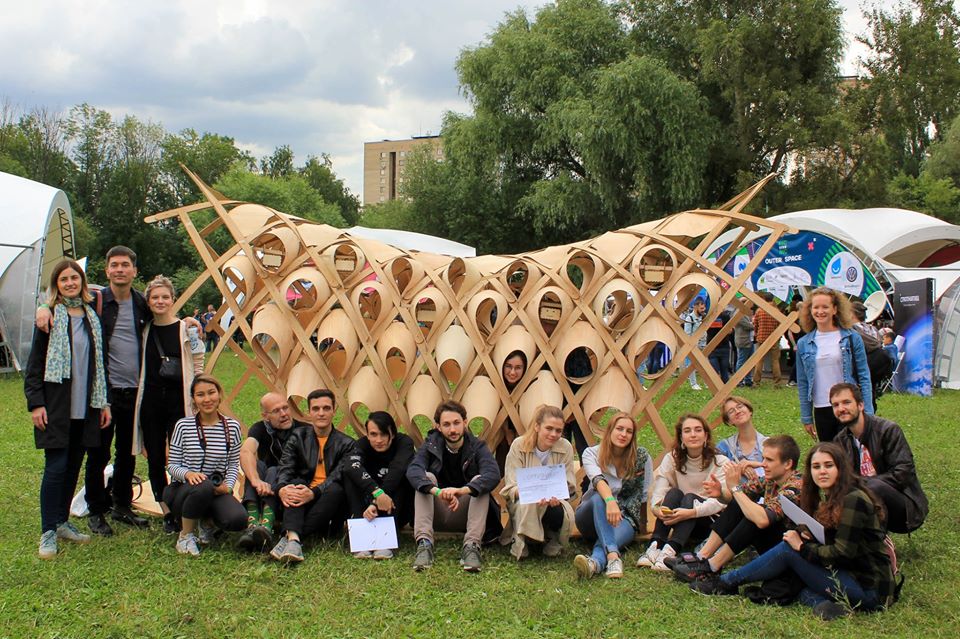 The prototype was assembled and presented at the Geek Picnic festival of Science, Art and Innovations in Moscow. Visitors could easily interact and play the game by guessing which part of Moscow they are listening to.