The Twelfth Annual Meeting of the Society for the Neurobiology of Language was held on October 21-24, 2020, in its first virtual version. Researchers from the HSE Center for Language and Brain presented reports for a community of leading researchers of the neurobiological basis of language.

On October 21, Tatyana Bolgina made a poster presentation on Structural asymmetry of the Arcuate Fasciculus is not associated with functional lateralization for language, nor with handedness (PDF, 347 Kb). The authors demonstrated an overall significant leftward asymmetry of the arcuate fasciculus regardless of degree of handedness or functional language lateralization using a novel hybrid tractography algorithm for tracts reconstruction. The study was conducted in collaboration with  Ryan Cabeen - a developer of the algorithm.

Also at this Congress, Viktor Karpychev made a poster presentation on No impact of the structural properties of the corpus callosum on handedness: evidence from the constrained spherical deconvolution approach (PDF, 3.63 Mb). The report presented the results of a study of the relationship between the structural properties of the corpus callosum and the dominant hand in healthy subjects. The study yielded a non-significant difference in the CC volume between the groups of the right-handed and left-handed participants.

Andrey Zyryanov presented on October 23 a poster Comparing aphasia profiles caused by left-hemisphere glioma surgery versus stroke (PDF, 527 Kb). This study aimed to identify and compare aphasia profiles in two clinical populations: patients with stroke and patients who underwent surgical removal of gliomas. The authors found that a selective phonological deficit was evident in stroke-induced aphasia, but was not distinguishable from concurrent symptoms in surgery-induced aphasia. 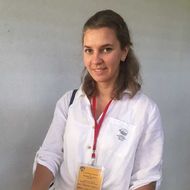 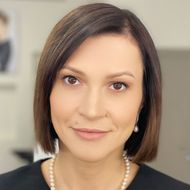 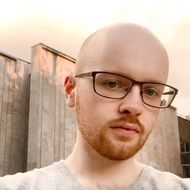 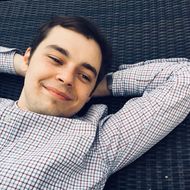 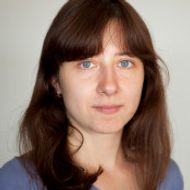