An increasing number of recent clinical and neuroimaging studies has been showing that cognitive functions, including language processing, rely on complex brain networks connected by white-matter tracts, rather than on any isolated cortical areas. However, large-scale comprehensive studies are necessary in order to establish the specific roles of individual white-matter tracts in different aspects of language processing. In collaboration with the Burdenko Neurosurgery Institute and the Center for Speech Pathology and Neurorehabilitation, we correlated the integrity of white-matter tracts with language performance in two clinical populations with qualitatively different types of brain damage: in stroke patients with aphasia and in patients with low-grade brain tumors, compared to a control group of neurologically healthy participants.

Language processing was comprehensively tested using the Russian Aphasia Test, assessing production, comprehension and repetition at the word, sentence and discourse level. Each patient also underwent diffusion-weighted magnetic resonance imaging (MRI) of the brain. This method allows to reconstruct the structure of white-matter bundles connecting different brain areas. It is based on the physical phenomenon of diffusion anisotropy: water molecules diffuse easily along axons but not across them because the myelin sheath restrains their movement (Le Bihan et al., 2011). A diffusion-weighted MRI sequence detects the speed and direction of water molecules’ motion, which allows to reconstruct the underlying white-matter structure. We have preprocessed each patient’s diffusion imaging data and manually delineated the major association tracts of the left hemisphere. Statistical analysis was conducted to correlate their integrity with the patients’ scores on language subtests.

The results were strikingly different in post-stroke patients. They had more severe language deficits, especially in language production. Their mean score on the Russian Aphasia Test was in the range of moderate language impairment. The regression analysis revealed several significant correlations between white-matter integrity and language performance. Segments of the left arcuate fasciculus significantly contributed to repetition, syntactic processing and action naming. Action naming was also affected by the integrity of the inferior fronto-occipital fasciculus. The inferior longitudinal fasciculus had a critical role in all language subtests except for pseudoword perception and discourse production and comprehension. These findings highlight the critical roles of left-hemispheric association tracts in language processing.

These findings are relevant to basic neurolinguistic models: they contribute to isolating the roles of specific white-matter tracts and to the general understanding of neuroplasticity of language processing. Besides, the results are relevant to clinical work: they can help to predict the need for speech-language services, and to plan and conduct pre- and intrasurgical language mapping to preserve language abilities in patients with brain tumors. 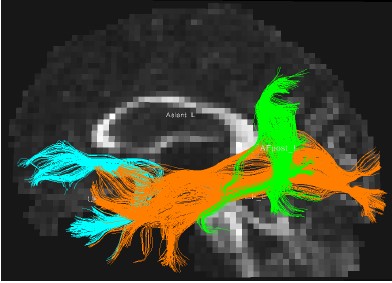 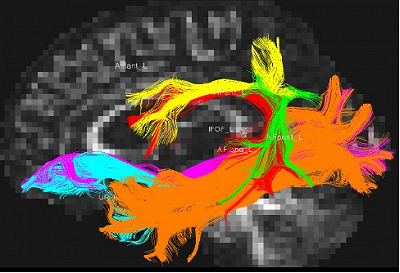 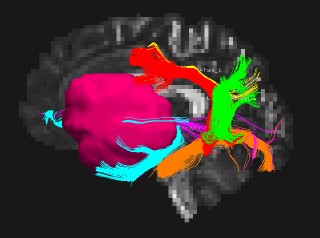