The Youth Day, where researchers shared their views on solving problems of energy conservation and efficiency, was organized as a meeting of ‘future energy ministers’. Anastasia Edelkina, Research Fellow of the ISSEK Foresight Centre, and the only Russian participant in the event, talked about the country’s energy policy. According to her, Russia faces the following challenges in this area: the reduction of GDP energy intensity, reducing greenhouse gas emissions, increasing the number of power plants that use renewable sources, the gradual growth of electricity production and consumption using renewable energy sources, and many others.

Representatives of relevant ministries from 23 countries took part in the Fifth Clean Energy Ministerial. Anton Inyutsyn, Deputy Minister of Energy and head of the Russian Delegation, noted that 14 initiatives were discussed at the inter-ministerial level on the first day of the event, including the development of renewable energy and smart networks. ‘Today it’s vitally important to involve young researchers in solving economic and technological problems. We expect that the most topical and realizable part of ‘young ideas’ will be discussed during the next such inter-ministerial meeting which may be held in Mexico,’ says Inyutsyn.

According to Edelkina, international cooperation among young researchers will develop more intensively if they are provided with appropriate support. This means young researchers taking part in international conferences, forums, working groups, as well as working in research laboratories. It’s also important to create a favourable environment for start-ups focused on increasing energy efficiency and implementing innovative technologies.

A declaration of actions to be taken to ‘create clean energy society’ resulted from the Youth Day meetings. This document will be provided to the ministers of the countries involved. 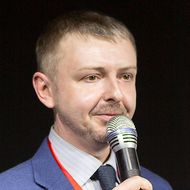 Vadim Vorobyev
All news by the author
Topics
Society
Keywords
discussionsReporting an eventenergy efficiencySouth Koreayoung researchers
About
Institute for Statistical Studies and Economics of Knowledge, International Research and Educational Foresight Centre
About persons 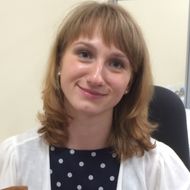 On July 17, 2017, HSE signed a memorandum of understanding on academic and research cooperation with Seoul National University (SNU). It covers joint research, joint projects, student and staff visits, as well as the sharing of academic resources.