A Fresh Look at the Dynamics of Political Radicalization

On 12 January, Chares Demetriou presented his book The Dynamics of Radicalization: A Relational and Comparative Perspective at a seminar of the Laboratory for Economic-Sociological Research. Demetriou, a newly appointed teacher at HSE’s Faculty of Social Sciences, completed his PhD at Columbia University (New York) in 2005 and went on to work on research projects and teach at universities in the USA, Italy, Czech Republic, Israel and Cyprus. His main research interests are in issues of legitimacy and political violence, social movements and nationalism. In his lecture, Demetriou presented new ways of analysing the radicalisation of political groups.

Demetriou explained that he and his fellow authors examined radicalization as a broad phenomenon, a process during which political movements move from being predominantly non-violent to taking up violent action. Demetriou’s choice of frame for research was based on all processes of radicalization having a similar dynamic which allows them to be put in groups and compared, while examining more narrow forms of political violence, like terrorism for example, doesn’t produce the same results. In this research, group radicalization is being examined rather than individual radicalization which is untypical of work in this particular field.

Three episodes of radicalization are examined in the research

The Italian radical left-wing movement  and the Red Brigades (1969-1978), EOKA and Enosis underground independence movement in Cyprus (1945-1959), and the Transnational movement of Salafi Jihad and Al-Qaeda (1984-2001). Each episode is examined as an example of a certain level of involvement of a political movement in society: the national level is concerned with the social contract between society and the state about the basic limitations of power, internal movements often aim to change the limits and international movements simply ignore them.

Demetriou concluded that one of the key aspects of this research was that it also examines episodes of de-radicalization and non-radicalization. This is important because it allows us to understand how the incidence of radicalization can be reduced and avoided.

He was emphatic that in order to examine radicalization we must reject the term ‘terrorism’ because firstly, it has hundreds of implications and makes us muddled, and secondly, because it is extremely politicized and involves value judgements which prevent us from doing objective research. 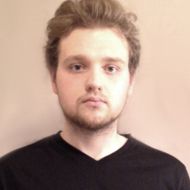 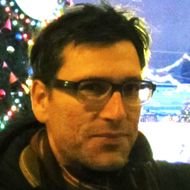