HSE has been officially invited to join the European PhD in Socio-Economic and Statistical Studies (SESS.EuroPhD) Consortium starting from the 2015/2016 academic year. At a recent annual seminar held in Rome, all the participants expressed a strong interest in HSE becoming a full member of the consortium.

The European PhD in Socio Economic and Statistical Studies was initiated in 2001 by Sapienza Università di Roma. The programme is currently coordinated by Humboldt-Universität zu Berlin and brings together seven universities, including the University of Haifa, the University of Southampton and the University of Tampere.

The programme is defined as follows: ‘The objective of the European PhD in Socio-Economic and Statistical Studies is the scientific training of scholars who intend to dedicate themselves to academic careers or to serve as experts in national or international organisations where they are called to analyse and cope with social issues in an encompassing perspective. Didactic principle and explicit scientific aim is the development of knowledge regarding the interplay of economic and social phenomena based upon empirical research, adopting the most appropriate and advanced statistical methods. The socio-economic paradigm is focussed on overcoming the disciplinary fragmentation when studying societies and the dynamics of interpersonal relationships. The European PhD in Socio-Economic and Statistical Studies offers students the opportunity to perform their studies at different university sites and of familiarising themselves with traditions, cultural activity and socio-political factors characterising different parts of Europe. It is assumed that such eye-opening experiences represent a positive challenge for personal development and, indirectly, for the improvement of international relations.’

The programme awards the doctoral degree Doctor Europaeus that meets the criteria specified by the European Higher Education Area (EHEA) in the Bergen declaration in 2005.

'From the moment we launched the full-time advanced postgraduate programme in sociology, we have been interested in participating in SESS.EuroPhD, seeing it as an opportunity to provide a platform for internships for our postgraduates, and in the future giving our postgraduates the possibility of defending their theses at the partner universities which are part of the consortium. But a big pot is not soon hot, so the decision was made only recently.

The full-time advanced postgraduate programme has been running at HSE since 2010. It is based on international PhD standards, the projects are co-directed by international researchers, and the students take part in compulsory research internships in global universities and research centres.

Accession to the consortium will demand some work on our part in terms of synchronizing the educational modules, and after that the goal of getting a Doctor Europaeus degree will become reality for the most ambitious of our postgraduates who wish to flourish in the academic community. In addition to this, we are also expecting an inflow of postgraduate students from partner universities, which is important for us as a research university.'

Professor Alexander Chepurenko,
Head of the School of Sociology 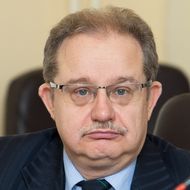 Returning to Life: How to Help 'Troubled' Teens Get a Fresh Start and Integrate into Society

Some children who don’t go to school and commit crimes manage to reintegrate into society by learning new mores and lifestyles. But others only appear to adapt, becoming ‘outsiders’ again the minute they leave the school grounds, going back to the same risky life on the streets. The two approaches offer youngsters very different opportunities in life. This IQ.HSE article, that draws on research by sociologist Irina Lisovskaya, explores how to help such youth integrate into society and learn to communicate with others.