The finalists in the Model for an International Criminal Court competition have been announced at HSE. This game in the form of a trial is based on proceedings at the ICC in the Hague. In Russia the first two rounds of the competition are happening for the 4th time, for three years in a row they have been held at the HSE Faculty of Law.

‘The idea for the competition came from the ICC in the Hague itself,’ explains Gleb Bogush, Associate Professor at the HSE Faculty of Law, who helped start the competition in Russia. ‘It’s international and the competition is conducted in the four official languages of the court — English, Spanish, Russian and Chinese. The Russian model is open to university teams in Russia and other states. A record 13 teams have entered this year. For the first time this year we have a team from Belarus. Previously we’ve had teams from Armenia and Ukraine. (The Kiev National University team won in 2013).’

The competition is in three stages. In the first, the teams prepare a written memorandum, presenting the three positions of the defence, the charge and representatives of a third state (or complainant). Next the teams, who get through the first round, proceed to the spoken part of the competition.

Each team has to present its case, in each of the three roles to the judges. As usual, the case presented this year was imaginary. The main issues were about the court providing jurisdiction over a disputed territory, the consequences of a cyber attack and representing victims in the ICC.  At the third stage, the three teams, who performed best in the written and spoken rounds ( this year it is teams from Moscow State Kutafin University of Law, HSE and Lomonosov, Moscow State) will present their arguments in the final round to the very judges themselves of the ICC in the Hague.

Dutch Ambassador to Russia, Ron van Dartel attended the semi-final rounds and congratulated the winning teams at the awards ceremony.

Students and judges shared their impressions of the Russian language section of the competition. 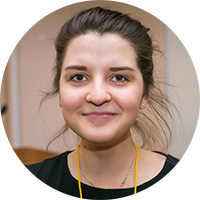 Selecting our team was a long and painstaking process. First the students had to cope with written tasks, then get through interviews to sort out who would be on the four-person team.

We started training in the autumn, writing memorandums and constructing verbal arguments. The hardest part of the competition is thinking on your feet to give the right answers to the judges many questions. The team performed really well in that. I’m satisfied with the results. We’re going to the Hague for the finals.

This year was my debut as a trainer, but it’s the second time I’ve been in the competition. Each role has it’s pluses and minuses. When you’re a trainer, you have more responsibility but I don’t think I’m more important than the others, I’m more of a helper among equals. I enjoyed playing the role of injured party most, I think it’s the most complex and ambiguous. 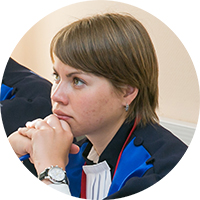 ‘I would advise anyone who has to present a case in the Hague and who will come to the ICC competition next year to listen carefully to the judges questions and give answers which are specific and to the point. It’s not worth charging ahead with your arguments or trying to distract the judges from their question. It’s not the right approach and just irritates them. Even if their question has put you on the spot, it is always better to say that you are sorry, you cannot answer the question if that really is the case. As a rule, although there are exceptions, the judges aren’t out to sink you. They ask questions to put you on the right track, to suggest the logical next step in your argument. Judges are not your enemies but helpers, so you should be alert to what they say or ask. And another thing, even if you trip up during your speech, just carry on as if it didn’t happen and don’t mention it otherwise you could end up flopping, like a lame duck. 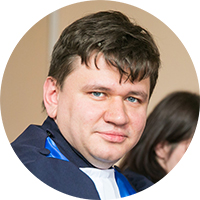 Sergei Golubok, a lawyer and specialist on defending international human rights laws and constitutional rights who has worked at the ECHR

My advice is, always remember that the International Criminal Court exists for people. Even if it is only a game for the students at this stage, sooner or later they will come face to face with the reality of it. Either as advisors, teachers, representatives of parties they will have to deal with real life situations. I think they should see themselves as doctors, someone’s life will depend on them in the near future. If they bear that in mind, it will be easier to find the right answers and make the right decisions. Everyone has their own truth but we must all have the same, single aim — to help people. 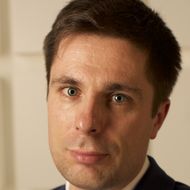 HSE Team Advances to International Final Round of WTO Competition

Students of the HSE Faculty of Law won the regional round of the John H. Jackson Moot Court Competition, which is organized by the European Law Students Association with the support of the World Trade Organization. The final round will be held in Geneva in June.

HSE Signs a Memorandum of Cooperation with Thomson Reuters

The main objectives of the newly-signed agreement include the development of scientific cooperation between Thomson Reuters and HSE, the exchange of experience and information in the field of law and the improvement of the legal education process.

In 2018, a new Master's programme, ‘Lawyer on the Global Financial Market’, will be launched at the Higher School of Economics. The programme’s Academic Supervisor, Anton Selivanovskiy, and the Chairman of the Academic Council, Oxana Oleynik, explained how it came about and what it will offer students.