HSE Presents the Exhibition ‘Opening the Collection. The World by Russian Photographer Sergey Chelnokov’ in the Museum of Moscow

In October 2015, the Museum of Moscow will exhibit a unique collection of images of pre-revolutionary Moscow from Sergey Chelnokov’s archive, available for the first time for the general public. Most of the photos were made using the then-unique technique of ‘stereo-pairs’, which require the images to be viewed through a special device, creating a 3D picture. A series of lectures ‘Photography and Cultural Memory’ will run alongside the exhibition.

Sergey Chelnokov worked at the turn of the 20th century. He was not a professional photographer, but a rich industrialist, who, nevertheless, was interested not only in his factories, equipped with cutting-edge technology, but with urban development in general. Chelnokov expressed his love for and interest in Moscow through his documentary shots. He left over 1,500 monochrome and colour photographs, taken between the 1880s and 1917. They portray the everyday life of Muscovites, as well as remarkable historic events, from the cruelties of the 1905 revolution, to the flood of 1908; from the big fire in Maly Theatre, to Sergey Utochkin on the Farman airplane. In addition to this, the archive contains pictures taken by Chelnokov during his travels in Europe: early-20th-century Venice, war-time Port-Artur (Lyushunkou), Italy, Greece, and many other places.

Chelnokov died as an emigrant in Denmark, and hence his photos have long remained undiscovered. Most of his photos were made on glass using the 'stereo-pair' technology: the viewer gets a 3D illusion when they view the two pictures through a stereoscope, each of the pictures being processed separately by the left and the right eye. For the exhibition at the Museum of Moscow, HSE MIEM will provide modern multimedia equipment, which allows visitors to wear ‘magic glasses’ and find themselves in the streets of old Moscow.

‘We are giving the exhibition visitors the opportunity to view analogue photos of the early 20th century by means of modern 3D technologies’, said Alexander Tikhonov, MIEM Director and Academic Supervisor, ‘Such HSE departments as the Laboratory of Internet Technology and Services and the Laboratory of 3D Visualization and Computer Graphics have jointly developed the technology to process and visualize the 19th-century stereo-pairs in a contemporary 3D format. The processed images are projected on a screen. The viewer wears 3D glasses and gets the effect of really entering another historical era’.

As part of the exhibition, a series of lectures ‘Photography and Cultural Memory’ (in Russian), which has been organized jointly by HSE and the Museum of Moscow, will take place at the Museum of Moscow. HSE professors and experts will talk about the history of photography from a historical, sociological, cultural, and philosophical perspective.

Organizers: Museum of Moscow, with the support of the Chelnokov Foundation, HSE, and HP Company.

The lectures will take place in the Museum of Moscow on Tuesdays, from October 6 to November 24, at 7 pm. The schedule is available on the website (in Russian).

The Grand Opening of the exhibition will take place on October 1, at 7 pm, at the Museum of Moscow.

HSE students and staff can get a free ticket to the exhibition from 18 Myasnitskaya Ulitsa, Room 18-312 on the following days: 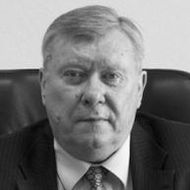