At the beginning of the current academic year, the International Laboratory of Game Theory and Decision Making opened at HSE St. Petersburg. Its launch marked a significant milestone in the university’s development, as the lab gathered internationally recognized scholars and representatives of the Russian Academy of Science.

From the University of Glasgow, Dr. Anna Bogomolnaya, Professor in Economics, and Dr. Herve Moulin, the Donald J. Robertson Chair of Economics at the Adam Smith Business School, became International Research Advisors at the lab. They recently sat down with us to share the objectives of this group of like-minded researchers along with their plans for the future.

— Despite having opened only this year, the lab has started to play a remarkable role in life of the university. You give lectures and conduct meetings. One can also see the numerous announcements of events that the lab holds across campus.  Could you speak a bit in detail about your team and your current activity?

Dr. Herve Moulin: The lab is our collaborative project with colleagues from St. Petersburg who have dedicated their lives to game theory research. They all come from the St. Petersburg Institute for Economics and Mathematics of the Russian Academy of Sciences. By the time the idea to organize a lab had been formed, we had already been communicating with them for years, and we had met a number of times at conferences. They had also visited us to conduct research. I was always pleased to interact with them, as I could see that their perspectives on game theory and mathematical economics was very similar to mine. That is why I am now happy that we can work together.

Dr. Anna Bogomolnaya: Our lab specializes in basic science, and our team members have been conducting research in game theory for years, particularly with respect to the cooperative and repeated games fields, as well as mechanism design. The project was officially launched at HSE St. Petersburg on September 1, and since then we have been promoting it in the St. Petersburg academic and scientific community. Our colleague Fyodor Sandomirsky holds weekly seminars for anyone who is interested. Participants read literature that Dr. Moulin and I have recommended and discuss examples of social choice and mechanism design application. Around 20 to 30 people, young researchers, Master’s and even undergraduate students regularly attend these meetings. We always remain in touch with our colleagues and join them from time to time to give series of lectures for students at HSE St. Petersburg.

— Game theory is one of the most widely-known studies, which has become popular, in large part, due to the substantial number of Nobel laureates who have won that prize for their achievements in this field, as well as the Hollywood film ‘A Beautiful Mind’. How would you explain public interest in this science?

Dr. Herve Moulin: You could say that game theory is basically the language of contemporary economics. It is spoken both by those who participate in the economic process, and by those who analyze these trends. This branch of mathematics was born about 80 years ago, and it started from attempts to define connections between game strategies in cards, poker and chess, and economic behaviour. As a result, it has developed to the theory which is now used in numerous spheres, including biology and demography.

Game theory has dramatically changed the meaning of the economist. Initially people believed the role of an economist to be one only of observing processes, searching for patterns and predicting. Game theory has transformed economists into active “players,” social engineers who can redesign fundamental institutions of the economy, such as markets.  The internet has broadened opportunities in this area, as it has made it possible to create ‘zillions’ of new markets for various commodities and services. A prime example of such a new market is eBay. It operates within a comprehensive system of rules. All deals on this market occur within deadlines, and customers compete for goods by bidding. Essentially, game theory is the economic theory that made the existence of such tools possible.

Dr. Anna Bogomolnaya: The applied purpose of this science is very extensive indeed.It is worth mentioning that this whole branch of mathematics, the theory of repeated games with incomplete information, appeared as the result of a Pentagon initiative during the Cold War. The US Department of Defense asked mathematicians to advise on a negotiation strategy concerning reduction of weapons with the Soviet Union. It was essential to understand how to benefit from negotiations in a situation when both players had only a limited knowledge of the other “player’s” military potential. The ultimate goal was to make the opponent disarm his key military forces, yet not give away anything about one’s own arsenal. Consequently, a completely new science was founded and hundreds of articles have been written. 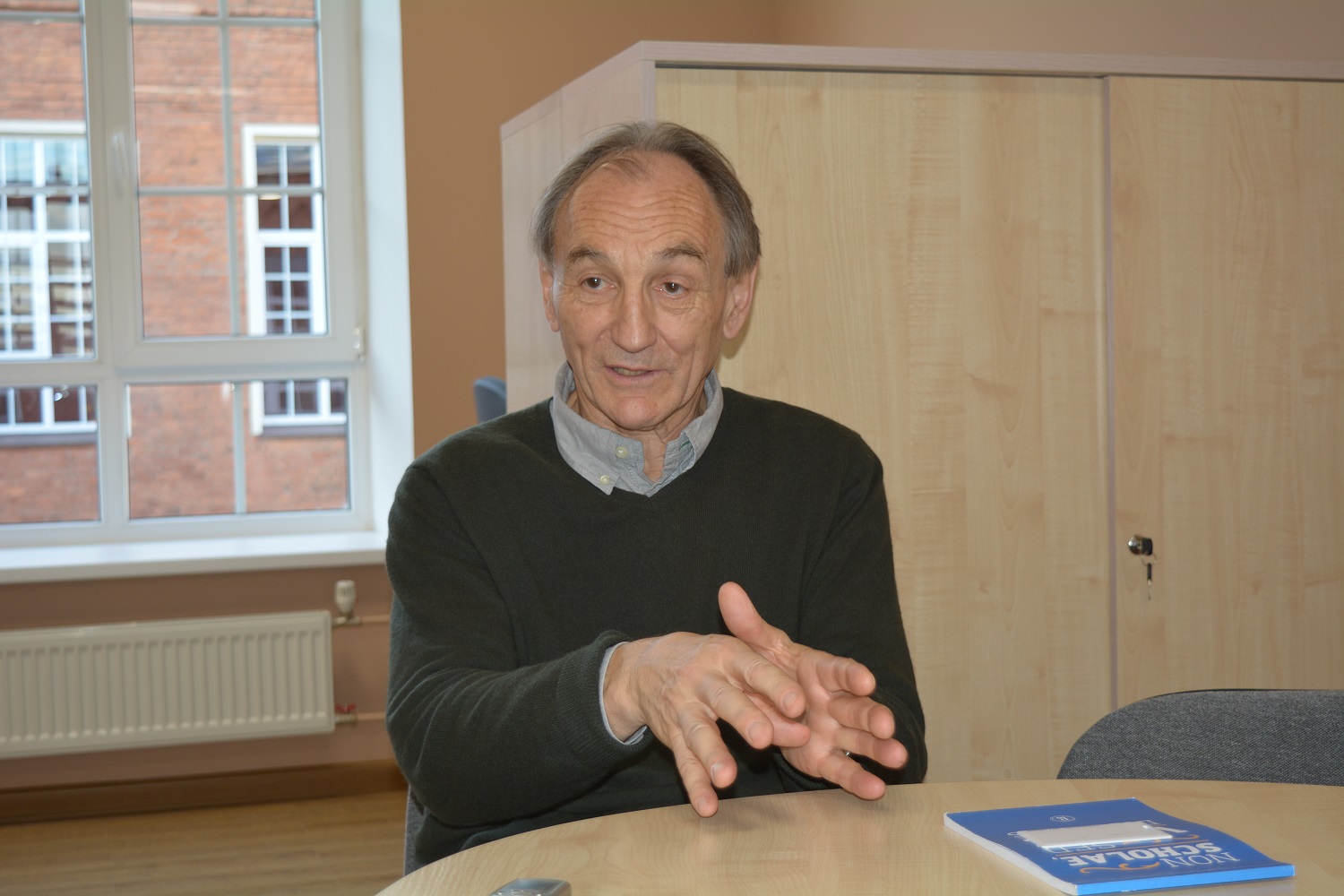 — You noted that your team also conducts research in mechanism design theory. What does this discipline seek to understand?

Dr. Herve Moulin: Mechanism design theory is a field within game theory that is a strong focus of our lab. I have been conducting research in this area for about 15 years. I believe this discipline has huge opportunities for application. It has already proven itself useful in a great number of fields, including markets into which it is impossible to introduce money due to ethical, religious or other reasons. The public education system is one such market. School administrators are not allowed to sell places in their institutions. At the same time, every parent wants to see his or her child studying at the best school, so student allocation between schools is operated by a mechanism that takes into account public interests, student capabilities and inclinations, and parent wishes.

Dr. Anna Bogomolnaya: Mechanism design theory is indeed applicable in situations where it is impossible to follow classical Adam Smith forces (e.g., the invisible hand) and allow market participants to compete freely for their interests. In the majority of countries, people cannot legally buy or sell organ transplants. Therefore, it was necessary to create a market model that provides patients with organs without them entering into traditional transactions with donors. The same method is used on the surrogacy market.

— How do you see further development of the lab and its significance for science?

Dr. Herve Moulin: Our team has a strong tradition of studying pure game theory and its mathematical foundations. Relying on this experience, we can focus on specific problems, such as the practical fair division method, and go into the mechanism design where people use tools of game theory, social choice and normative analysis to advise on the design of allocation systems. I believe that our research group has a real chance of becoming the main source of game theory innovation in St. Petersburg and Russia.

Dr. Anna Bogomolnaya: Apparently, we are the only group in Russia that studies game theory as a team. Our goal is to popularize this science in order to attract people with the same interests from St. Petersburg, the rest of Russia and other CIS countries. We plan for our lab to become a scientific centre where this existing foundation will give birth to new research initiatives and which will become a science school for young academics. This will be our contribution to the development of basic science, which, to me, resembles a building that grows eternally. We are erecting this building here, at HSE St. Petersburg. 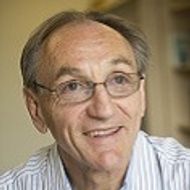 The first student contest in game theory has taken place at HSE. Organized by the HSE Group of Young Academic Professionals, it brought together 150 undergraduate and Master’s students from 17 Russian universities, as well as one high school student from Moscow.

At the end of July it became officially known that the academic supervisor of the HSE International Laboratory of Game Theory and Decision Making, Professor Hervé Moulin, was elected as Vice President of the International Game Theory Society (GTS). The main purpose of the organization is to promote and support research, teaching and applications of game theory.

Irrationality in the Acts of Humans, as Well as Bees

On May 21st 2011, Robert Aumann, Nobel laureate in economics and Professor at the Hebrew University of Jerusalem, spoke at the HSE on ‘Rule Rationality vs. Act Rationality’. The lecture was organized by the HSE together with the Embassy of Israel in Russia.

Eric Maskin: ‘The Secret of a Successful Career Is Not a Secret’

On the September 19th Eric Maskin, Nobel laureate in economics, Professor at the Institute for Advanced Study, Princeton University (USA), Chief Research Fellow at the HSE International Laboratory of Decision Choice and Analysis, arrived in Moscow again. What is his programme for this visit to the HSE?