The SNU programme (Seoul National University) was held in Moscow for the second time as part of HSE’s Summer University programme. This time, five groups of Korean students came to study Russian, three of which began studying from an absolute beginner level, with the other two groups having already studied it at home in Seoul.

‘The advantage of this programme is the combination of academic courses with the study of Russian’, says Oksana Chernenko, Head of the Department for Educational Innovations and Short International Programmes. ‘We offer academic courses in international relations, cultural studies, history, and management. The effect of such combination is quite clear. Students gain a better understanding of the country whose language they are studying, while the language itself can help them immerse themselves in its daily life, culture, etc. Since the focus of this programme is the Russian language, the 'Understanding Modern Russia' course included 8 lectures on such various topics as the country’s economy, international relations, media culture, food safety and related policies, the BRICS countries, etc.'

At the final meeting the students prepared presentations on their projects. The majority of projects were dedicated to Russian culture and the possibility of developing cultural and economic relations between Korea and Russia, including an increase in the share of Korean products on the Russian market. Students gave creative presentations and even staged a performance, singing children’s songs, rhymes and modern songs that have already become classics – for example, about Moscow and works by Victor Tsoi. They also showed short videos about how they searched for the grave of Russian playwright and short story writer Anton Chekhov.

‘It was quite interesting that students got to 'see' Moscow through the presentations, which included the results of research into such varying topics as how movie theatres in Moscow and Seoul differ in terms of how space is organized, viewer focus, etc., as well as the differences between the repertories of Russian and Korean opera and ballet companies,’ comments Oksana Chernenko.

Professor Park from the College of Humanities of Seoul National University was one of the initiators and partners of the SNU in Moscow programme:

‘Of course, we can study Russian in Seoul, but in Korea students have few opportunities to interact with native Russian speakers. In Moscow, the situation is totally different - there are Russian lecturers and friends here. The programme is very well organized and has competent faculty who impressed me a lot.

‘All the students who came to Moscow this time were very different. Our main goal was to generate interest in Russia among them, so we chose students with different majors, including economics, political science, medicine and others, who looked forward to learning more about this country.

‘In addition to the Russian language course, we also offered courses in economics, political science, and sociology. I attended the lectures along with the students, and I have to admit that the academic level of the lectures was very high and advanced’. 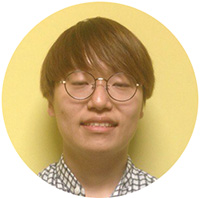 I chose the SNU in Moscow programme as I specialize in Russian language and literature. I became interested in this country at school (which specialized in foreign languages), because there are few such professionals. So my Russian knowledge is a big advantage for me. I was really excited by the Russian course here, because in Korea we did not have opportunities to talk to native speakers. We could read difficult texts, such as ‘Harmony with Nature and Society’, but I couldn’t speak. But here, I finally was able to develop my speaking skills, and I really feel the progress. 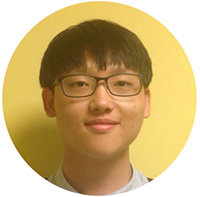 As a nuclear engineer, I’ve always admired the Russian past of being a superpower and its high-technology in power engineering. When I came here, I visited Hospital No. 6, where casualties were treated, as well as MEPHI. I’ve been to many European countries, but something unique about Russia is the number of young people on the streets. Before this programme I didn't even know the letters, but now I can sing Russian songs – for me it's tremendous progress. And this programme has given my future an international scope. Finally, I bought some Russian books here, and in the future I plan to read them and to learn Russian better.