On December 18, 2015, the conference dedicated to the outcomes of negotiations and prospects for Russia in connection with the new Paris Climate Agreement took place in Moscow with participation of HSE, WWF-Russia, Russian Social and Ecological Union (RSEU), Russian-German Bureau of Ecological Information.

The new international agreement will replace in 2020 the Kyoto Protocol and outline the major directions for countries’ cooperation on adaptation and reduction of greenhouse gas emissions. However, from the viewpoint of the most vulnerable countries, public organizations, and even some business people, so far the Agreement gives no guarantees of slowdown of climate changes, nor it resolves issues of assistance to countries which are suffering from climatic outcomes the most. For Russia, the new Agreement might become a catalyst for modernization of its economy if mechanisms of priority support to energy efficiency and the green energy will work.

On December 18, a conference dedicated to the outcomes of negotiations and prospects for Russia in connection with the new Agreement took place in Moscow. The Higher School of Economics, Russian Social and Ecological Union (RSEU), Russian-German Bureau of Ecological Information and the World Wildlife Fund were the sponsors. Alexey Kokorin (WWF, Moscow) spoke at the conference; he commented that the negotiations had been quite efficient: “Unlike at the previous conferences, we practically heard no voices of climatic skeptics. Even the people striving to slowdown the process spoke about the necessity of realistic approaches and setting real goals and not about lack of proof of the anthropogenic impact on the climate system. We can rightfully call ‘Paris’ a victory over climate skeptics in the broadest sense of the word.” 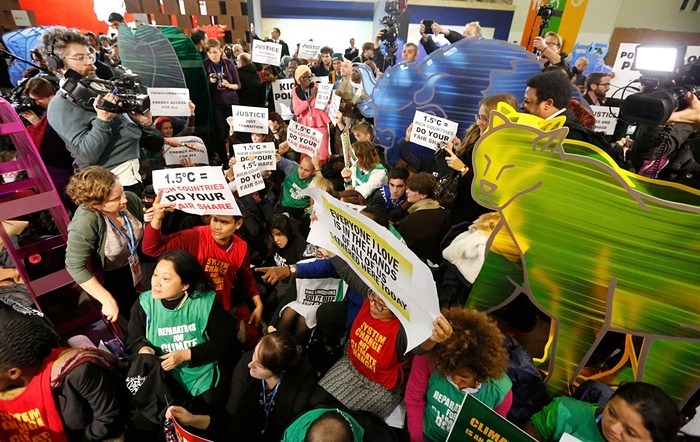 Nevertheless, it should be pointed out that the negotiations were extremely difficult due to often diametrically opposite positions of the developed and developing countries and the tendency of oil countries (e.g., the Middle East) to preserve a status quo: to derive surplus profits from marketing hydrocarbons and stay in the category of recipients of the climatic assistance. Countries with quickly growing economy, e.g., China, did not want to bind themselves with any numerical obligations which could pose barriers to growth of energy consumptions for industrial development. And for the U.S., for example, absence of any numerical goals in the document allowed its President to sign the Agreement without congressional approval.

Prior to the UN Climate Change Conference COP-21 in Paris, Russian non-governmental environmental organizations had presented their Position in which they had expressed their expectations from the new agreement and Russia’s climatic actions. In her presentation at the December 18 Conference, Olga Senova, director of the RSEU Climate Secretariat, pointed out that many expectations concerning the international agreement had satisfied expectations.

The Agreement contains the vector to limit global warming to less than 2 degrees Celsius as compared to the pre-industrial period. This is the strategic goal. It even contains mentioning of 1.5 degrees as a more appropriate reference point for avoiding negative consequences of climate change. However, countries’ declared goals for reducing greenhouse gas emissions de-facto can provide for the warming limit of only 3 degrees. The difference is substantial: in case of increase of the global temperature by 2 degrees, from 300 to 500 million people will be the victims, while in case of 3 degrees, the number will go up to 3 billion people.

To limit warming to less than 2 degrees Celsius, we need to reconsider the goals, i.e., enhance of countries’ actions on transferring to low-carbon economy and, in the first place, the green energy. The Agreement foresees the process under which countries should update and enhance their inputs every 5 years and gradually bring their goals to the “2оC” level both till 2030 and after that time. An road map to low-carbon development strategy has been adopted at the international level: gradual non-use of coal and reduction of the fossil fuel role. George Safonov, Director of the HSE Center of Environmental Economy and Natural Resources, pointed out at his presentation at the December 18 Conference that a trend to decarbonize investments can be clearly seen in the world in the last 2-3 years. UNEP came out with an initiative for decarbonization of institutional investments in the amount of USD 100 billion. The global expected amount of such investments exceeds USD 500 billion by 2020. A Coalition for decarbonization of investment portfolios (PDC) has been established.

De-facto, this is a new paradigm of the humanity’s development. To be honest, on the global scale, for a while everything will keep going by inertia. And, unfortunately, some countries, including Russia, keep targeting at the nuclear and major hydro power energy in their low-carbon development, and so far do not even plan for any mechanisms of gradual decommissioning of coal-based power capacities.

World businesses act as a party interested in implementation of the Agreement: they are interested in acceleration of engineering re-equipping, and there are up to a million of market participants. Notably, environmental and low-carbon indexes are more and more frequently taken into consideration in business ratings; in the 2-3 recent years, a clear re-orientation of investments to companies which show higher “ecological compatibility” can be seen.

However, another tendency had been so far quite strong at the negotiations. In 10 -20 years, such developing countries as China, India, Brazil… will be accountable for about 50-80% of the global greenhouse gas emissions. These countries had blocked the majority of environmental statements of the Agreement, considering them as a threat to their interests: in 10-20 years, they will have many outdated production facilities which they will not have time to upgrade. Russia, where there are many enterprises with outdated equipment and low energy efficiency and where instruments for reduction of economy’s dependence upon fossil fuels practically do not work, will have the same problem.

Financing of actions for adaptation and reduction of emissions is the key issue of the Agreement. Experts believe that the weak side of the Agreement is that developed countries can attract funds from all kinds of sources and not only the budget; the developing countries had been insisting on the latter (they requested that the state budget funds were to be considered as the convention parties’ efforts vs. contributions of businesses which act as a separate force of the climate agreement on the basis of their interests). At that, recipients of financing should report on spending the climate assistance received based on item reporting principles. There are no numerical landmarks for formation of the Green Climate Fund. There is only one sentence saying that since 2020 its replenishment should increase. Earlier, at the previous Conferences of the FCCC Parties, an agreement had been achieved that by 2020 the Fund will be replenished annually in the amount no less than USD 100 billion, i.e., after 2020, the annual amount should exceed USD 100 billion.
Unfortunately, the Agreement does not show the principles of target distribution of spending the climate financing, as it had been initially intended: 50% for prevention of climate changes (emissions reduction) and 50% for adaptation. 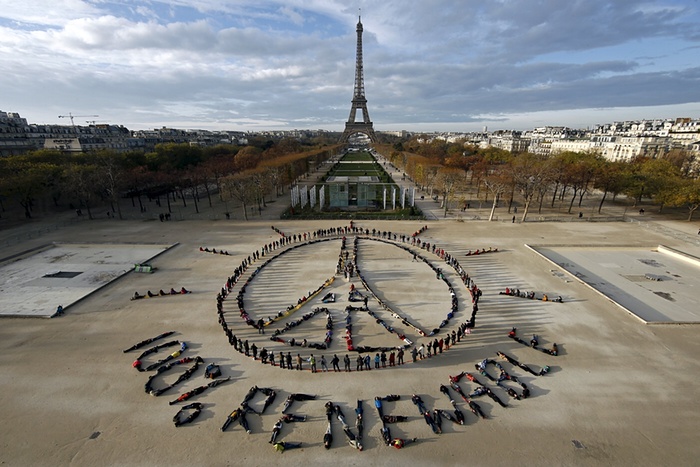 It is necessary to remember that there are such consequences of climate changes which already are impossible to adapt to, and the vulnerable countries had been expecting a strong mechanism of losses and damages, compensations in particular. The issue of “losses and damages” is fixed in the agreement; however, the formulation does not include compensations for the most vulnerable countries and historical liability of the countries which emissions had led to increase of frequencies of hazardous natural and climatic phenomena. The Agreement lacks any specific formulation about climate refugees, and there are no available finances for compensation of irreparable damages. Without this, the most vulnerable countries will be left with nothing.

The issue of black carbon has not been disclosed: the NGO’s position spoke about the necessity of monitoring, inventorying, and developing methods for reduction of black carbon emissions.

The role of forests in the new Agreement is described in a more generic wording than it was before (when only tropical forests had been mentioned). This provides foundation for developing mechanisms for preservation of not only tropical but also boreal forests implementing the Agreement, which is especially important for Russia. While the text of the Agreement has no specific wording describing actions for forest preservation, we can expect that additional documents outlining specific mechanisms will be adopted before 2020; however, the status of these documents will be even less obligatory than of the Agreement itself.

It is important that a new instrument for realization of climate projects has been adopted. It seems that there is no mechanism for reassigning quotas; however, point 2 of article b of the Agreement could be interpreted as the basis for the transnational reassigning of units for emissions reduction. There was an intention to take into consideration past mistakes: there should be correlation with the principles of sustainable development, while the possibility of double counting should be excluded. Reduction of emissions in the territories of other countries rather than their own is a lot more advantageous for a whole number of countries (conditionally speaking, one dollar invested in emission reduction in another country can bring a lot more reductions than it could bring internally). There also exists interest in promoting strategic directions of certain businesses in other countries.

It is very important that the Paris Agreement has a new article on adaptation; it says that each country should develop national plans for climatic adaptation. It is no less important for Russia. Climatic consequences have already revealed themselves on a full scale: occurrences of hazardous hydro meteorological phenomena have several times increased (high waters, draughts, floods, forest fires, windstorms, storms, destructions of coastal zones, etc.). And practically no Russian regions have adaptation plans. In this sense, the Agreement should stimulate our country to more systematic actions on adaptation.

The Agreement has practically no legally binding statements but the most important directions of climatic actions have been named. We can consider the document as a possibility for those who intend to undertake certain actions, while those who do not want to do anything, may continue to do nothing. This is why it is important to know the rules to be for realization of the Paris Agreement. Next February, these rules should be put under development.

Russia has supported the Agreement and this is a positive fact. However, the minus is that the present soft variant of the Agreement allows it to change practically nothing, particularly, in the tendencies of the economy development, and comply with the trend. The energy strategy of Russia does not accord with the vectors of the Paris Agreement: abandonment of coal and priority development of RESs.
At the same time, the new Agreement gives Russia a chance to take part in climatic mechanisms, including forest projects. The mechanisms of realization of the new Agreement can expand opportunities for our businesses and accelerate modernization.

For public observers, the Paris Conference meant two weeks full of tight cooperation with their colleagues from NCOs, media, members of the Russian and other countries’ official delegations, and experts; they participated in Russia’s formal events and published comments on the events taking place for the network of interested non-commercial organizations in Russia and for the media.
We will continue monitoring the actions under the new Agreement and enhance the level of public engagement in the decision-making procedures. 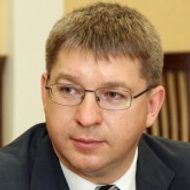