The popular Russian talk show Let Them Talk is the Slavic version of Dr. Phil. On it, a shouty, flamboyant host invites people to air their grievances, usually prying tears from guests and viewers in the process.

In 2012, an episode on gay rights in Russia quickly devolved into a circus of myopia. One guest lamented that the basis of the family was being destroyed in Russia. Another helpfully suggested that gay people go “do it in the forests of the North.”

One of the few gay-rights defenders on the show was a soft-spoken St. Petersburg activist who retreated further into his chair each time someone referred to homosexuality as a “tragedy.” Another Russian gay activist joined the program by tele-link from Hamburg, and could barely stifle his glee at having left his homeland.

"If, God forbid, I happened to see a crowd of those citizens, it’s natural that I’d try to take my children aside, so that they would not see this perversion.”

At one point, a bearded standard-bearer of the Russian Orthodox Church appeared and blessed the audience with a massive iron cross before taking a seat.

A middle-aged woman in the audience fretted that, “If I was sitting on public transportation with my grandson and saw two men kissing, what kind of example would that be for him?” She added that it would be unthinkable for anyone in her family to ever come out as gay.

Finally, another guest decided to stick up for the country’s homosexuals: “We must remember,” he said, “that as a rule gay people are very talented.”

Talk shows are never a good mirror of society, but in this case the participants’ sentiments reflect real conversations in Russia: Only 16 percent of Russians told the Pew Research Center that homosexuality should be accepted, the lowest number among the European countries surveyed.

It's tempting to chalk up Russia’s anti-gay push to pure hate. But the fears of the Let Them Talk audience hint at one of the most important roots of anti-gay legislation in Russia. Though some Russian extremists may want to literally extinguish gays, the law itself reflects an arch-conservative view of sexuality, particularly when it comes to children, that has gained traction there in recent years.

Throughout the fallout over the anti-gay law, Russian leaders have maintained that its only goal is to safeguard youth. The law itself only prohibits airing so-called “gay propaganda” around minors.

During the debate over the measure, conservative Russian policymakers regularly conflated homosexuality with pedophilia and its effects on children: "Children maimed by pedophiles jump out of windows, they take their own lives. Pedophilia is an attempt on a child's life!" cried one St. Petersburg lawmaker when a similar ban there passed in 2012.

And in a recent proposal, Russian legislators suggested broadening the law against “gay propaganda” to include all kinds of “propaganda” of sexual relations in front of minors, including a ban on “depicting or promoting sex” in front of children.

Russia's children's ombudsman said last year that Russian teens can learn everything they need to know about love and sex from Russian literature.

It’s true that protecting children makes a convenient excuse for all sorts of legalized prejudice, but Russia’s obsession with instilling traditional sexual mores goes back decades. In more recent years, a small, vocal group of conservative activists, many of whom are aligned with the Orthodox church, have been doing everything from shouting down proposals for sex education in schools, to pushing for restrictions on gay rights, to supporting the crackdown on protest collectives such as Pussy Riot.

To this day, Russian schools have no sex ed to speak of. No textbooks mention the word “condom,” and abortion is still one of the most common forms of birth control. Russia's children's ombudsman said last year that Russian teens can learn everything they need to know about love and sex from Russian literature.

Militant Orthodox Christians shout slogans during a gay-rights protest in Moscow on May 27, 2006. (Sergei Karpukhin/Reuters)

Russian teens get information about contraception and STDs from search engines, or if they’re lucky enough to live near one, from a scattering of standalone “youth clinics” that operate independently of schools, according to Peter Meylakhs, an associate professor at the Internet Studies Lab in St. Petersburg’s Higher School of Economics and a research fellow at the Center for Independent Social Research.

When it comes to sexual health issues, “Russians, in comparison to European or North American countries, are not as advanced,” Meylakhs said. “It’s related to the vocal minority of parents pushing for morality and the people for Christian education who oppose sex ed.”

Russians have, somewhat intentionally, cultivated a sexpot reputation abroad. The country’s female Olympians recently posed in their underwear on a government site because, “Our Russian Olympic team defies stereotype that women in sport are just a heap of muscles and masculine shapes.” And of course, American movies brim with vaguely Eastern European love interests, all pouts and mispronounced “th”s.

But Russian policy, at least, is fairly prudish, having striven to protect traditional family values since the Stalin years. Information about sexuality in Soviet schools was limited to “family issues and marriage,” according to Lyubov Erofeeva, the director general of the Russian Association for Population and Development.

“In the Soviet era, it was all motivated by building a strong family and loving each other forever.”

“In the Soviet era, it was all motivated by building a strong family and loving each other forever,” she told me. “It was about fairy tales that young people were fed by the adults. There was a specialized subject in the school curriculum devoted to family issues and marriage, but nothing about contraception. It was more about the young members of the Communist society and their role in building families.”

“In general,” one Russian TV personality told The New York Times, “it was not acceptable to speak about sex.”

After Communism fell in the 90s, the UN attempted to launch sexual education in Russian schools. The effort garnered some support within Russia’s health and education ministries, but it was soon kyboshed by conservative parliamentarians who feared that it was a masked attempt by the West  to corrupt Russia’s morals. To this day, wariness over the West’s influence is a frequent rationalization for a range of policies, including the anti-gay laws.

Combine that with Russia’s perpetual demographic anxieties (there aren’t enough births, and men tend to die young), and any attempt to get teens to do anything other than marry and make babies is doomed.

Demoscope and Rosstat via Wikimedia Commons

"There is a feeling now that first the West dumped its pornography on us, its diseases, and now they want to spread theories that have failed over there and birth control that would keep the Russian population down," Irina Ivaschenko, an aide in parliament and an opponent of sex education, told The Christian Science Monitor in 1997.

Erofeeva, who worked on these early sex-ed efforts, said it’s always been hard for Russia’s more progressive policymakers to stand up to the “conservative nationalist and religious winds” of its society.

“Around 1994 to 1996, the parliament was very conservative. And this parliament was struggling with [former President Boris] Yeltsin,” she said. “They used the issue of sex ed to attack Yeltsin. They combined their social interests and their political interests with the idea that the new democrats in Russia are bringing sexual relationships to the children, and that this is killing our children.”

A similar dynamic is playing out again today. Groups that Meylakhs calls Russia’s “neomoralists,” with names like “The Association of Orthodox Parents” and “The Union of Soviet Pedagogues,” are pushing for “a concomitant return to the old Soviet values and their blending with a mythologized pre-revolutionary Russian tradition,” as he wrote in a 2009 article.

In 2011, a collective of such parents’-rights groups lashed out against the UN’s efforts to promote “human rights” in Russia, arguing that doing so undermines the country’s belief that “the family, and maternity and childhood, understood in the traditional sense, received from ancestors ... are the necessary condition for the preservation and development of the multinational people of the Russian Federation.” Meanwhile, the Orthodox church has tried to argue that feminism would pose a threat to Russia. A leading conservative parents’ group called ARKS has campaigned against a law to protect domestic violence victims. Russia now has its own pro-life activists who picket abortion clinics.

Putin, meanwhile, has been trying to shift his base of support to the more conservative middle class, and in doing so has boxed up all of the neomoralists’ anxieties in measures like the anti-gay propaganda law. He used his December state-of-the-nation address in part to tout Russia’s “traditional values,” and deride the West’s "genderless and infertile" liberalism.

Today, campaigns against sex-ed programs make frequent mention of homosexuality, as though a “your body is changing” video might inadvertently promote same-sex relationships.

“It doesn’t take a rocket scientist to figure out that if you want to campaign against sex ed, connect it with homosexuality."

“In Russia, anti-gay sentiments are widespread,” Meylakhs said. “It doesn’t take a rocket scientist to figure out that if you want to campaign against sex ed, connect it with homosexuality. This link has always existed, and now it exists even more.”

Erofeeva added that the anti-gay propaganda law came at a time when Russian society and policymakers were both swinging to the right. The chief sponsor of the St. Petersburg version of the bill was Vitaly Milonov, a young Orthodox parliamentarian who once told the St. Petersburg Times that he is “profoundly against gay parades,” because the “demonstration of the sin of Sodom is repellent to me. If, God forbid, I happened to see a crowd of those citizens—like they do in Berlin—it’s natural that I’d try to take my children aside, so that they would not see this perversion.”

Responses from a Levada Center poll on sex ed, December 2013

Meylakhs, though, isn’t quite so pessimistic. Nearly two-thirds of Russians now say that sex ed is “probably” or “definitely” necessary, according to polls by the independent Levada Center. And opinions toward sex and gender roles seem to be changing on the street, too. Even hinterland areas like Sochi have gay clubs, after all, and hundreds of sex shops have sprouted in Moscow.

“At this point, the majority of Russians are much more open about discussing and living their sexual lives,” Meylakhs said. “They’re much more free regarding women’s sexual behavior, for example. People used to call them sluts and stuff, but now a girl can say, ‘I had sex,’ and no one would frown. They would say, ‘Okay, she had sex. So did I.’” 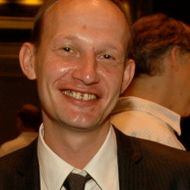 Peter Meylakhs
All news by the author