‘Stolen Wheels’ to Serve the Good Turn for HSE

The results of the 'Steal the Wheel’ Competition have been decided. Entrants suggested implementing some useful practices at HSE that had proved their efficiency at other Russian or international universities, with the winners receiving their prizes at the beginning of December. The winning projects include new approaches to writing theses, organising space in classrooms, and submitting reports on academic trips.

Unlike many other creative competitions, which value originality and don’t allow for borrowed ideas, the participants of the ‘Steal the Wheel’ competition were encouraged to ‘spy’ on interesting practices at other universities and try to ‘fit’ them to the realities of HSE. ‘Why reinvent the wheel, if we can rent them, and if we come to like them, we can always keep them’, declared the competition website.

The competition included six categories, with all HSE students and staff being eligible to enter.

In the Best R&D Practice category, the winner is Oxana Borovaya, 2nd-year master’s student of Demography.

She suggested giving students the opportunity to choose the form of graduation attestation: a traditional master’s thesis, an academic paper for a peer-reviewed journal, or a research paper for application to a doctoral programme in Russia or abroad. According to the project author, this would boost the number of student-authored publications, as well as master’s and doctoral students’ quantity and quality of their education. The idea was ‘borrowed’ from the European Doctoral School of Demography.

In the Best University Promotion Practice category, the winner is Alexander Lebedev, doctoral student at the Faculty of Business and Management.

He suggested, in addition to classroom numbers and letters at the newly renovated HSE building on Pokrovsky Bulvar, introducing unique names of classrooms, passages and spaces, based on the names of HSE partner universities. For example, the names should be English near ICEF, and Asian near the School of Asian Studies. This would make navigation of the building easier, and make international students feel more at home. The idea was ‘borrowed’ from MGIMO, where the passages are named after world famous streets.

Alexander Larionov, Senior Lecturer at the Faculty of World Economy and International Affairs, won the category ‘Best Student and Alumni Affairs Practice’. He suggested organizing a service at HSE, which would help students teach each other foreign languages. For example, a Russian-speaking student informs the organiser that they would like to find a partner for learning Chinese, and they would help them learn Russian in turn. When the operator gets a similar request from a Chinese student, they introduce them to each other. The practice was ‘borrowed’ from the Free University of Berlin, where the author is a PhD student.

According to Igor Makarov, Associate Professor at theFaculty of World Economy and International Affairs and winner in the Best Educational Practice category, HSE still sticks to a conservative approach to placing the furniture in the classrooms. The tables are usually arranged in several rows. But international experience has proved that unconventional arrangement of furniture may positively influence the study process.

During his years at HSE, the author has visited dozens of world universities, including those in the USA, China, Switzerland, and Spain. And everywhere, even in old campuses of American universities, he saw that the universities have abandoned the practice of arranging tables into rows. A different arrangement, such as in a circle or in clusters, help students be better involved in the learning process, eliminate the teacher’s dominating role, and facilitate the organization of discussions and team work.

She suggested that the HSE administration sign a cooperation agreement with a gym located near the university buildings. The number of its visitors would boom, and the HSE could advertise it in social media, getting in return a discount for students, with a larger discount for high achievers. With all the variety of opportunities offered by HSE in terms of sports, many students would relish the chance of attending a gym, which, the author believes, would also make HSE more attractive for prospective students. This idea has already been implemented at RSUH.

Irina Shcheglova, Postgraduate Student at the HSE Institute of Education, suggested launching an online service at HSE that would help staff members submit reports on their academic trips, and won the Best Administrative Practice category. She says that today, checking financial reports and reimbursing costs often takes more than a month, and an online service would help speed up the process. Each report would have an ID number, and staff members could check its status online, without wasting time on phone calls and visits to the accounting department. That would save time and nerves both for accounting staff, and the academic staff who need to report their trips.

‘HSE has always been an internationally-oriented university, and never hesitates to learn from the others. That is what “Steal the Wheel” competition is about’, said Igor Chirikov, HSE Vice Rector and member of the competition jury, ‘We encouraged the participants to ‘spy’ on interesting practices and innovations at other universities, so that HSE could implement them. The competition has proved that first, there are a lot of such practices, and second, that there is still room for modernization at our university. It’s not enough to steal the wheel – one needs to learn to use it. It would be useful to implement many of the things suggested by the competition participants, hopefully in the very near future. Some of the projects can be considered as part of the Administrative Staff Development Programme. Some of the cases have certain resource limitations, and they have to be calculated in order to make the best decision’.

The winners of the competition will get bikes with both the HSE logo and a crow, symbol of the HSE, painted on them. The awards ceremony will take place in early December as part of a university-wide event dedicated to the 25th anniversary of HSE. Other competition participants who didn’t win will also get souvenirs from HSE. They can be picked up at the Office of PR and Online Media (18 Myasnitskaya Ulitsa, 5th floor, right wing). Please notify us of your visit in advance via email at 25@hse.ru.
Date
31 October  2017
Topics
On Campus
Keywords
anti-versarycompetition
About
Faculty of Business and Management, Faculty of World Economy and International Affairs, Institute of Education, International College of Economics and Finance, Office of Public Relations and Online Media, School of Asian Studies
About persons 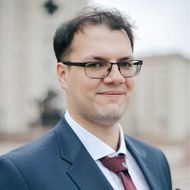 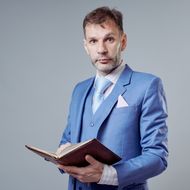 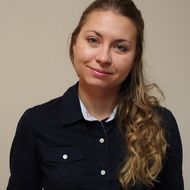 HSE University is pleased to announce an international competition for experimental research laboratories in such breakthrough fields of contemporary physics as Quantum Technologies and Novel Functional Materials. The winners will have a chance to head and develop new research laboratories based out of the HSE Faculty of Physics.

The HSE Business Incubator is announcing the start of a student business project competition called the HSE{Business}Cup-2018, organised with the support of the corporate accelerator MTS StartUp Hub. The students with the best ideas will receive up to 200,000 rubles to make their projects a reality. The teams can also count on additional funds from MTS – a stipend and business grant worth 150,000 rubles.

'My Desire to Do Something Big Brought Me to HSE'

Irina Savelieva, HSE Tenured Professor, Professor in the Faculty of Humanities’ School of History, Director of the Poletayev Institute for Theoretical and Historical Studies in the Humanities, spoke on her deciding to work in academia, research and teaching achievements as well as her decision to join HSE.

Andrei Yakovlev, HSE Tenured Professor, Director of the Institute for Industrial and Market Studies,  member of the Academic Council spoke on his path to science, business journalism and international relations, global migration of scientific staff, as well as shared his thoughts on HSE research development.