The first student contest in game theory has taken place at HSE. Organized by the HSE Group of Young Academic Professionals, it brought together 150 undergraduate and Master’s students from 17 Russian universities, as well as one high school student from Moscow.

‘The HSE campus in Perm came up with the idea to organize a contest in game theory’, said Evgeniya Shenkman, Lecturer in the School of Economics and Finance at HSE Perm and one of the contest organizers. ‘Together with our colleagues who teach game theory, we thought that it would be good for our students to compete with people from other universities and HSE campuses’.

‘Of course, when we heard our colleagues’ idea to organize a contest, we were happy to join the project’, said Marina Sandomirskaya, research fellow at the Center for Market Studies and Spatial Economics and leader of the initiative. ‘By “we” I also mean lecturers from the Moscow campus, researchers from the International Laboratory of Game Theory and Decision Making in St. Petersburg who created tasks for the students, and our peers from the Nizhny Novgorod campus and Novosibirsk State University (NSU). With support from experienced lecturers and Russia’s leading researchers in game theory, we tried to make the contest as accessible as possible and attract as many students as possible from various universities, and it looks like we succeeded’.

The first student contest in game theory was held in two stages. The first open regional stage drew 94 undergraduate and 61 Master’s students from 17 Russian universities, as well as one high school student from Moscow School No. 2086. They could write their papers in game theory (six tasks) at one of the four HSE venues in Moscow, Perm, St. Petersburg, and Nizhny Novgorod, or at NSU. Two undergraduate students and one Master’s student from each region, as well as the best participants in the overall standing, advanced to the finals that took place in Moscow. Evgeniya Shenkman says that the contest drew students from various programmes, primarily economics, mathematics, data sciences, and political science.

Maria Yudkevich, HSE Vice Rector and chairperson of the contest organizing committee, emphasized the success of this experimental project at the awards ceremony. ‘Just two months ago, we weren’t even thinking about this contest, but a young and proactive team of organizers came to us and said that there are hardly any such student contests at HSE. Today, we are witnessing the completion of this project, and I believe it went very well. In the first stage, undergraduates got more points than Master’s students, and Master’s outdid the undergraduates in the second. I hope future participants will be as motivated to win’, she said.

The plan is to make this contest an annual event, develop tasks that vary in difficulty for undergraduate and Master’s students (this year, the tasks were the same for everyone), and incorporate the game theory contest into the HSE system of contests that are used for enrolment in the university’s Master’s programmes.

‘What helped me to win the contest were Coursera courses on game theory, along with hard work and luck’, said Stepan Gogolev, a second-year student of Economics at the HSE campus in Perm and winner among undergraduates. ‘Game theory is a thrilling subject that helps decision-making in various life situations, so if the contest takes place next year, I’ll be sure to take part again’.

‘The contest tasks were complicated, but interesting’, said Egor Nazdrukhin, a first-year student in the Financial Economics programme at HSE ICEF and winner among the Master’s students. ‘You had to be witty in order to win, and many tasks came with a “trick” that made common solutions unusable. The main thing was to figure out the idea. My advice to future participants is not only to study theory, but to be creative in solving unconventional tasks’. 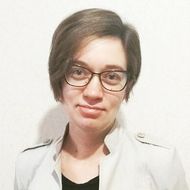 In March and April, an HSE Olympiad competition for students and graduates took place in Russia and other countries, including the USA, Indonesia, Mongolia, and Vietnam. About 9,500 people registered for the competition, an increase of 25% over last year. One-third of all participants were HSE students and graduates. The winners of the Olympiad will be at an advantage when applying for HSE’s Master’s programmes corresponding to the competitions they participated in.

individuals have already registered for the HSE International Olympiad Competitions for students and graduates. Those who take first place and win prizes will have an advantage when applying to HSE MA programmes. The registration deadline is March 6, 2017.

From November 22 through December 1, 2016, a HSE delegation visited Vietnam to deliver HSE International Olympiad competitions for the first time in Hanoi and Ho Chi Minh City.

At the end of July it became officially known that the academic supervisor of the HSE International Laboratory of Game Theory and Decision Making, Professor Hervé Moulin, was elected as Vice President of the International Game Theory Society (GTS). The main purpose of the organization is to promote and support research, teaching and applications of game theory.

At the beginning of the current academic year, the International Laboratory of Game Theory and Decision Making opened at HSE St. Petersburg. Its launch marked a significant milestone in the university’s development, as the lab gathered internationally recognized scholars and representatives of the Russian Academy of Science.

students from 31 countries and 85 Russian regions have signed up for the 'Vyshaya Proba' Olympiad this year. This is 12,000 more than last year and a record number for the entire history of the Olympiad.

students at the HSE Lyceum are winners and runners up at the 'Vyshaya Proba' Olympiad.

people have  already signed up for the HSE Olympiad for students and alumni. Registration ends on February 9, and the Olympiad will be held February 14-15.