This year, approximately 1500 directors, artists and screenwriters from 40 studios attended the screening. More than 300 cartoons were shown and of these, 108 were selected as prize-winners. On March 18, the winners were announced at the closing ceremony in Suzdal.

Ekaterina Mikheeva was a prize-winner in the category ‘Best Student Film’ for her cartoon ‘Dacha, Aliens, Cucumbers’. The cartoon depicts chaos at a Russian dacha: digging potatoes, a broken radio, a vest and an old washstand. She explained, ‘I based the cartoon on my childhood memories. My main inspirations were films such as ‘On the Edge of the Earth’, ‘Wednesday with Goddard’, ‘Administrators’, and a series entitled ‘Like Cossacks’. I used a black ballpoint pen to create the drawings. This was also important, because I associate the thin black lines directly with the topic of the film. As soon as I created the right pictures, the rest was easy. Filling all the characters with colour took the most effort and I spent all my free time on it. When at HSE, I spent time colouring in the sections I had already scanned, and at home, I did new drawings. The whole process was extremely enjoyable’.

‘Ekaterina works very successfully at the cross-section of animation and modern illustration, and uses very personal material as her inspiration. The result is this cheerful and fresh cartoon film, unlike anything else submitted to the contest. It is no surprise that ‘Dacha, Aliens, Cucumbers’ won, and I am very happy for her. I hope that she will continue to push the boundaries in animation,’ said the curator of the Animation and Illustration programme, Alexey Ermolaev.

The festival included numerous lectures and workshops addressing the current demands of the industry and outlining new trends in the development of animation films. Lubov Khobotova, a teacher at HSE’s Art and Design School, conducted a series of master classes for festival participants. 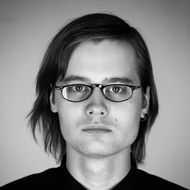 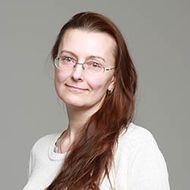