‘The new book series Moscow Lectures aims to present mathematical knowledge, for the most part, knowledge presented in university courses, in a manner which keeps to Moscow tradition. What’s more, the series presents the entire Moscow mathematical tradition  and is not limited by institutional boundaries. This is what renders it interesting to a wide range of scholars and students globally. The interest in the Moscow tradition is strong. It’s important to mention that the initiative was launched by two young and actively developing research and educational institutions. Our university, of course, has taken on a very proactive role’, said Vladlen Timorin, Dean of the HSE Faculty of Mathematics.

The first volume in the series, 'Introduction to the Theory of Schemes', is based on the lecture notes of Yuri I. Manin which were originally compiled in the 1960s and were the first resource to make this difficult topic accessible to students. Further volumes will soon be available which cover all areas of mathematics and that have either been translated from Russian or written in English.

‘The Moscow style of mathematical education has deep roots and yet is continually developing. Along with traditionally strong institutes such as Moscow State University and the Steklov Mathematical Institute, several other mathematical centres have been founded over the past 25 years. The Moscow Lectures series represents a wide spectrum of university level mathematics as part of global culture and knowledge,’ said Alexey Gorodentsev, Professor at the HSE Faculty of Mathematics and Editor-in-Chief of the Moscow Lectures.

Martin Peters, Executive Editor for mathematics at Springer, added: ‘Moscow Lectures is a fantastic project which brings the extremely high-quality Russian mathematical education to an international audience. We are looking forward to a long-term collaboration with these high-powered Russian institutions.’

Springer Nature is a global publisher that was founded in 2015 following the merger of Nature Publishing Group, Palgrave Macmillan, Macmillan Education and Springer Science+Business Media. It issues journals, encyclopedias, books and e-books on natural science and medicine: over 9,000 books and 3,000 journals are published on Springer Nature annually.
Date
4 June  2018
Topics
Research&Expertise
Keywords
publicationspartnershipsbooksmathematics
About
Faculty of Mathematics
About persons 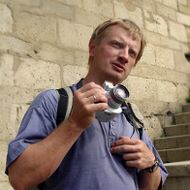 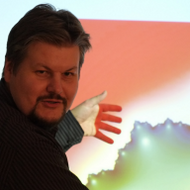