‘When we were creating the exhibition, we wanted to show the 1968 events from different perspectives,’ said Maria Shteinman, one of the exhibition curators, ‘because, as paradoxically as it sounds, only the sound of many voices can let us hear the truth. This must be a sound of voices that don’t shout down on each other and don’t sing in a choir, but create a polyphony, a dialogue.’ This need for multiple voices is why the 73 exhibits were taken not only from Russian archives, but from Czech ones as well.

From the Czech side, the National Museum of Czech Republic and Libri Prohibiti, a library of Czech prohibited books, provided invaluable help for the exhibition. They shared leaflets and posters that were distributed extensively by peaceful citizens and are also being shown for the first time. The Czech National Film Archive provided the film Chaos (1968) along with amateur video footage of the Prague events.

‘The photos by Josef Kut appeared in the exposition impromptu,’ said Jan Makhonin, a Russia researcher, translator and writer from the Czech Republic. ‘Shortly before the exhibition, I was contacted by the Memorial Society, which asked me to help them determine the author of one photo. Josef Kut, a railroad worker and amateur photographer who documented the atmosphere of the 1968 Prague streets, turned out to be the author. Today, his works are making their debut at the exhibition.’

In addition, a ‘graphic diary’ by Czech artist Jiří Jirásek is being exhibited in Moscow for the first time. His drawings can be found on the second floor of the assembly hall. The artist describes his diary, his motif was ‘a profane Face, borrowed by the theatre of criminals… a motif of a raped woman, the country of Czechoslovakia. Not a man killed on the streets in those August days, but a profaned woman! Crushed by a tank, raped by iron! This is how approximately a hundred small drawings appeared, drawn with a thin pen with black ink. In fact, nothing big and heart-breaking, just diary notes, initially intended only for me.’

More information on the 1968 events is available on the virtual exhibition, where visitors can see the main exposition.  The opening of five topical ‘rooms’ – Transcripts, Letters, Photos, Posters and leaflets, and Drawings by Jiří Jirásek – is scheduled for January 16, 2019, which is the 50th anniversary of Jan Palach’s self-immolation. The topical rooms will be prepared by master’s students together with archive staff. There are plans to put a total of 400 exhibits on display. 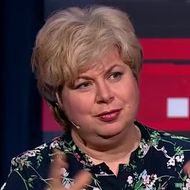