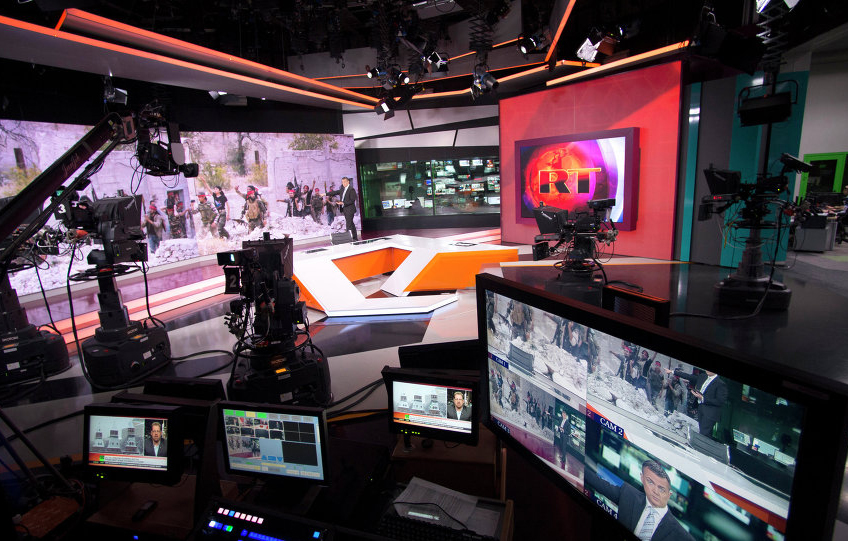 The Master's programme ‘International News Production’, which will begin admission in the summer of 2019, will focus on non-standard approaches to covering world events and teaching new media technologies. Oleg Dmitriev, academic supervisor, and Alexey Nikolov, creative supervisor and general director of RT, discuss partners and opportunities of the new programme.

According to Oleg Dmitriev, academic supervisor of HSE’s new Master's program ‘International News Production’, the line between ‘good’ and ‘bad’ in the world of journalism is disappearing, so consumers of mass media turn to journalists with a lot of questions. HSE’s Master’s programme therefore offers a different approach to new coverage. ‘Our philosophy doesn’t centre on the stereotypical search for “the good guys and the bad guys”. Rather, we focus on the essence of the problem, how and why something is happening. Graduates of our programme become experts at finding a story, packaging it, and distributing it across different platforms. In addition, they will be able to complete project of their own design, such as creating a YouTube channel, for example,’ explains Oleg Dmitriev.

The Master’s program will be taught in English by the Faculty of Communications, Media and Design at HSE with leading figures of the international broadcasting industry in Russia, including RT and Sputnik News Agency in particular, and others.

The new Master’s programme, as its academic supervisor says, was shaped by several factors. First among these was the increased interest in alternative media among consumers today. ‘Today, any self-respecting media outlet makes use of new digital platforms, such as Telegram, YouTube, social networks and so on—this  is alternative media, with which the Faculty of Communications, Media, and Design at HSE has significant experience,’ Dmitriev emphasizes.

Second was the technological capabilities of the RT news channel. ‘When RT became a global broadcaster, journalists from all over the world began coming to our television network, because we were the first to make use of many innovations that gave way to new technology (Network 2.0). Our unorthodox approach to news broadcasting really set us apart,’ says Alexey Nikolov, who is the creative supervisor of the programme as well as the general director of the RT news network. ‘At some point we came to understand that if we ourselves start an education programme for interested students, we won’t have any time for reporting the news. That is why we decided to help start a Master’s programme at HSE, an institution with which we have already been collaborating for quite some time now.’

Journalism Is Not Just about Writing and Shooting

To think about journalism in the traditional sense, i.e., to assume a journalist is first and foremost a person who writes, is becoming more and more outdated in our contemporary world, Alexey Nikolov believes. Modern journalism is largely not even about ‘shooting, talking, and disseminating’, but about finding data that is impossible to find manually, and presenting this data in new ways. A lack of writing skills, says Alexey Nikolov, does not necessarily hinder a student who is passionate about current events and wants to start a career in journalism.

‘Where do you find good news producers, whose value is largely incomprehensible to people outside of the profession? Meanwhile, finding a story, understanding it and producing it is also a talent. And what about talented executive editors who oftentimes do not write themselves? Very often, by virtue of his or her idiosyncrasies, someone is unable to become a correspondent even though they are passionate about current events and have a nose for them. The journalistic profession is exciting in that it is diverse; it takes people of all different skills and abilities,’ Nikolov asserts.

What Disciplines Will the Students Study?

The Master’s program consists of two large blocks, the first of which covers the following fundamental theoretical disciplines:

‘Theory and History of Media’;

‘Legal and Ethical Issues in Media’.

The second block includes elective practice-oriented disciplines, such as courses that deal with using modern media technologies and alternative media, as well as disciplines related to media licensing, content production, and data journalism. The program will teach students how to conduct interactive projects on YouTube and other social media, as well as how to use the capabilities of 360◦ television, GoPro, and much more.

Thanks to the Program’s collaboration with RT, students will learn the ins and outs of editing and broadcasting with Dalet software, which is used by many companies around the world, including leading television networks and radio companies. ‘Only our students have this unique opportunity,’ emphasises Nikolov.’ Due to the massive scale and cost of the system, Dalet is not used in universities for educational purposes.’

Not One Word in Russian

Of utmost importance to the ‘International News Production’ programme is English-only instruction at the native speaker level.

‘It is important to understand that the programme does not teach the language, but teaches in the language. Not a single word in Russian will be heard at lectures,’ says Alexey Nikolov.  ‘Also of particular value is the fact that all programme courses are not lectures that have been translated from Russian into English; rather, the course content has been specifically developed for our programme. It is our hope that this approach will attract not only Russian students, but international ones as well, and a multicultural collaboration with result.’

Professors of the Faculty of Communication, Media, and Design will teach the theoretical block of the programme, and professionals in the field (programme hosts, newsroom managers, TV producers, etc.) will lead courses on the practical aspects of the profession.

A student’s Master’s thesis may take the form of a group project (such as creating your own YouTube channel or publication, for example) or a piece of scholarly research, but with a practical orientation.

Where Graduates Can Work

Graduates of the programme will have ample opportunities for career development in various areas of the media industry: visual journalism, data journalism, storytelling, production, newsroom management, and so on. They can also create their own media product or work in educational and scholarly institutions both in Russia and abroad.

All applicants must pass an entrance exam in English (consisting of a written exam and listening comprehension test) and a portfolio competition. International students can apply online. 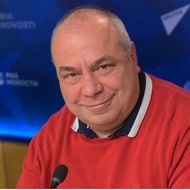 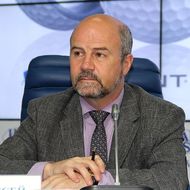 HSE offers a wide range of master’s programmes for all tastes. There are currently 31 programmes taught entirely in English. Some, such as ‘Financial Analyst’ or Prototyping Future Cities, are more practice-oriented; others pave the way for careers in academia. International students can apply online until August 20.

Student life at HSE University is filled with services and activities. Learn about the secret advantages of being an HSE international student.

Whether inspired by the World Cup or simply wanting to study in a new and exciting place, students are looking to Russia to further their education.