As one of the teachers on the course, Professor Aleksey Vasiliev from HSE School of Philology, notes, ‘Generally, the professional interests and academic prospects of international students at HSE are not connected with literary studies or the history of Russian literature. Therefore, this course first and foremost provides students a knowledge of Russian culture and history, expands their Russian language skills, builds their vocabulary, provides a sense of the history of the language, and so on.’

In Professor Vasiliev’s experience, most international students are familiar with writers like Tolstoy, Dostoevsky, and Chekhov. Students from Bulgaria and the former Yugoslavia, however, generally have a better knowledge of Russian literature—they are usually familiar with works by Pushkin and even Esenin. ‘The curriculum includes the classical and more representative works of 19th-century Russian literature: Pushkin, Gogol, Lermontov, and Tolstoy. Moreover, before turning to these works, we discuss folklore and the differences between folk and literary tales. This allows us to better see and analyze folkloric motifs in classical literature.’

Reading classical Russian literature is difficult even for Russian students. Naturally, international students need more time to process the texts so the classes focus a lot on discussions of the language and the various realia mentioned in the texts. Generally, however, Professor Vasiliev does not see a big difference between teaching literature to Russian students and to international ones. ‘You just need to clarify certain words, historical and cultural realia, remember that what seems obvious to a Russian reader might be not obvious at all to a foreign reader,’ he says. ‘This is also a useful experience for a teacher, who can take a fresh and more rigorous look at texts that are so second-nature.’

Professor Vasiliev believes that it is easier for students to understand lyrical poetry—especially Pushkin’s. ‘Poetic language is less overloaded with historical and cultural realia; it is an expression of feelings that are more or less universal,’ he says. At the same time, however, it is not without its peculiarities. Students sometimes ask what makes Pushkin’s works so important for Russian literature and culture. They are also frequently puzzled by the form of Eugene Onegin—a novel in verse.

The course also provides students the opportunity to listen to guest lectures delivered entirely in Russian. In March, two groups attended a guest lecture by Professor Viktor Listov who presented an analysis of the symbolism of Pushkin’s The Captain’s Daughter and discussed the novel’s significance for Russian literature. 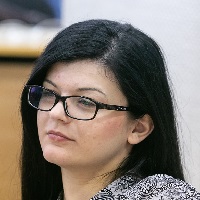 The fact that my native language is another Slavic language both helped me in learning Russian and did not help. It helped me because I can understand spoken Russian a lot easier than the other students. But it creates a problem for me when I want to talk in Russian, because I think I know something and it's similar, but actually, I don't. But now that more time has passed, it's getting easier for me.

What I like about Pushkin's writing is its candidness and the little details that give us insight into Russian society during his time. For example, when we were reading Eugene Onegin, we talked about Pushkin’s use of the word 'rogonostsy' (cuckolds) to describe husbands of that time, and perceptions of marriage back then. Just by analyzing one word, we had a very interesting discussion about Russian culture in the early 19th century. This is what I like about Pushkin: his works always have those little details that can tell you a lot.

We have a great programme here, and we will soon be reading Dostoevsky and Tolstoy. This opportunity to read those authors not by ourselves, but with Russian professors of literature for better understanding is great for someone interested in Russian literature

I'm not a big fan of modern literature at all, but I like Russian literature because in my country it is very important. We read Dostoevsky, Leo Tolstoy and Pushkin. But my personal favorite will always be Sergei Yesenin. Yesenin is important for Serbian literature. A lot of people are familiar with his work—we read it at elementary school, and when I went to high school, we spent lot of time on Yesenin in literature class. I remember, for example, how strange it was for me to read his poem, Letter to Mother, in the original Russian. In Serbia, it is well known, and everybody knows its beginning in Serbian. But when I read it here, in the original, the beginning of the poem sounded strange to me, and I liked it better in Serbian. But of course, reading literature in the original is always eye-opening and a great experience. 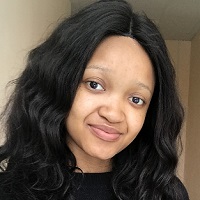 Before starting the Preparatory Year Programme, I only knew about Alexander Pushkin, who is very prominent and popular. What draws me to Russian literature is its dramatic plots—sometimes I find the plots of novels of other literary traditions to be predictable. What I find particularly interesting in Russian literature is the big role duels played — I find this very exciting to read about!

I can already read in Russian. Recently, I read Envy by Yuri Olesha. In a nutshell, it is about two men, Kavalerov and Ivan, who are crushed by their own iniquity. Generally, my Russian language is only good enough to have a simple conversation. I read well but sometimes I may not understand what another person is saying.

My favorite writer is Pushkin because when I read his works, I can really feel what his characters are feeling. His pieces ‘come alive’ for me, if I can put it that way. I can’t say I follow modern Russian literature. In our Russian literature lectures, I found it very interesting that Pushkin wrote so much about duels and then ultimately died from a duel himself. It was as if he predicted his own death. 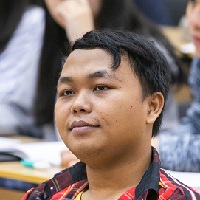 Russia is a big country with a long history. I only knew of Alexander Pushkin before coming here—he is well known in my country. When we talk about Russian literature in my country, we discuss Pushkin first and foremost. I’ve read a few works of Pushkin, but I particularly like Eugene Onegin, which has an ambiguous ending—it is neither happy nor sad. I also find the reflections of Pushkin’s own life in the novel to be very interesting.

I would say that Alexander Pushkin is my favorite Russian author. We recently had a lecture about Pushkin—his life and his contribution to Russian literature. I find his work to be very moving—it is intelligent, yet filled with feeling. It also provides a reflection of Russian life and culture of the time. Pushkin also gave us a now oft-quoted ‘rule’ for courting: “The less we love her when we woo her, / The more we draw a woman in.”

If I were to compare Pushkin to an Indonesian writer, I would compare him to Pramoedya Ananta Toer, who is our great writer. Like Pushkin, he wrote about everyday life, describing real situations and employing metaphors. Pramoedya Ananta Toer’s novels inspire people to be empathetic toward people in bad economic situations and mourn those who have died of natural diseases. He has also been influential on our politicians.

HSE Preparatory Year in Russian provides intensive training for international students and brings students to CEFR level B1/TRKI level 1 of language proficiency that enables them to enter a full-degree programme at HSE or other Russian universities. The programme starts with an intensive course of Russian as a Foreign Language.

After covering the foundations of Russian, students have an option to pursue general subjects in 3 academic tracks devoted to humanities, economics, and engineering and technology. Russian Literature course is part of the Humanities track. 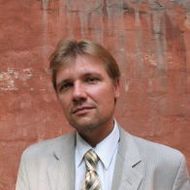 Professor at the School of Philology

‘I Feel at Ease in Russian Class’

Since September of this academic year, the HSE International Prep Year (IPY) programme has offered a supplemental Russian language course for international students studying at HSE. It is designed for students who have successfully graduated from the preparatory programme and are now studying in undergraduate or graduate programmes at HSE on Russian government scholarships. The HSE News Service spoke with students about the course and learned how it is helping them in their studies at HSE.

Educationnew at HSEinternational studentspreparatory year Russian as a foreign language

Though born in Ukraine, Roksana Ramirez has lived all her life in Bolivia. A native Spanish speaker, Roksana came to Russia with no knowledge of Russian. She is currently studying at the Graduate School of Business in a Russian-taught Master’s programme in HR Analytics. In an interview with HSE News Service, Roksana describes how HSE’s Prep Year programme helped her become proficient in Russian and how she is now mentoring current prep year students to help them adjust to university life.

HSE University’s International Preparatory Programme has awarded diplomas to the class of 2020. International students completed their yearlong intensive studies that included a Russian language course and a variety of subject specific courses. The aim of the preparatory programme is to help international students get ready to enroll in Russian-taught full degree programmes at HSE and other Russian universities

On July 18, graduates of HSE’s International Preparatory Programmes had much to celebrate. For many, the day not only marked the last day of a rigorous programme, but the beginning of their next step in their education journey: enrolling in bachelor’s and master’s programmes at HSE University. Students and their instructors celebrated the occasion with a festive graduation party that included awards, poster presentations, cake for all, and even a Russian folk music performance.