HSE experts comment on the issues related to the Unified State Examination in Russia.

Recent scandals involving Russia’s Unified State Examination (EGE) concerning the mass distribution of test materials via Russia’s leading social network Vkontakte have once again raised public suspicion over the new testing regime. While the head of Russia’s Federal Inspection Service for Education and Science, Lyubov Glebova, said last week that those responsible for the leak would be punished, the attacks against the test’s integrity add on to the debate of whether standardized tests should be used for college admissions in Russia.

Meanwhile, experts from Russia’s top academic institutions remain split in their attitudes toward the test: while pundits from Moscow State University believe that standardized tests can’t completely eliminate corruption and evaluate students objectively, their counterparts form the Higher School of Economics think that the EGE is more reliable than traditional university entrance exams, which include oral interviews and even dictation.

As the EGE concludes its third year of implementation today, almost 800,000 graduating seniors will have taken the test this year. Yet despite the examination’s growing acceptance at universities and attempts by the Russian Education Ministry to monitor the test’s effectiveness, major scandals broke out during the admission of the test in late May and June. In one case, students from the Moscow Institute of Physics and Technology impersonated other students in order to take the test for them. Further, around 300 photocopies of the EGE test were published on Vkontakte before and during the 2011 exams, the EGE official Web site reports.

The scandal has resonated with average Russians, according to several Levada center polls conducted in May and June. Of those polled, 81 percent were familiar with the violations related to the standardized tests in 2011. Thirty percent of respondents believe that the EGE has actually fueled corruption in Russia’s college admissions process, while 17 percent think that corruption in schools has decreased since the adoption of the law on EGE in 2007.

Specialists from the Higher School of Economics (HSE) are among the exam’s supporters. Irina Abankina, the director of the Institute for Educational Studies at HSE, believes that the introduction of the test reduced the number of illegal financial transactions that revolve around unregulated tutoring and favoritism at schools, which were rampant prior to the test’s adoption. “According to our research, previously there was much more corruption in schools and universities when personal relations with tutors and teachers were the major factor in students’ success,” she said, adding that in the old evaluation system, there were ample behind-the-scenes means to help students with connections get into universities. “The entire shadow economy in universities was based on this practice.”

The Dean of Moscow State University’s (MGU) Journalism Department Elena Vartanova also believes that the EGE “normalized the situation,” but didn’t completely root out corruption in schools. Although “the EGE is a more democratic means” for high-school graduates from different Russian regions to get into the country’s best universities, it has some disadvantages that enable corruption: students are rumored to be able to buy EGE certificates, as can be proved indirectly by comparing these students’ academic records at their university with abnormally high EGE scores, she said.

Artemy Rozhkov, a lawyer at HSE’s Center for Applied Legal Research, believes that the problem is in Russian society and its mentality, but not in the EGE system. “Corruption and disrespect for legal norms need to be remedied in order to increase the efficiency of the EGE,” he said.

Concerns over the examination’s integrity are just part of a litany of complaints against the exam. Ulya Agryzkova, an 18-year-old high-school graduate from Zheleznogorsk in the Kursk Region, submitted her documents to four universities in Moscow for 11 majors. Until now, she hasn’t been sure what specialization she would like to choose. Currently, she is also trying to get into MGU’s Journalism Department. After taking the EGE test, she concluded that the previous system of examination was better and more objective. “The standardized test is one-sided and ineffective as an evaluation tool, because it doesn’t take into account in-depth knowledge of a subject,” she said.

Many Russians feel the same, according to a Levada poll conducted in May. While 15 percent of Russians believe that the standardized tests could better evaluate students than traditional exams do, 43 percent prefer the original system. This shows a remarkable shift in public opinion against the test since it began as a regional experiment in 2004, when 24 percent of those polled supported the test, and only 22 percent opposed it.

This split is reflected in the expert milieu as well. While the MGU specialists don’t view the standardized test as a reliable tool for evaluating students, their counterparts from HSE believe that the test is better than traditional entrance exams because it has a set of assessment criteria which evaluate students objectively. “The EGE system is very helpful in evaluating students objectively because it’s more reliable than the traditional one, which lacked transparency and effectiveness,” Abankina said. “So far, there hasn’t been a better alternative for evaluating students’ than the EGE,” Rozhkov echoed.

Meanwhile, Vartanova argues that the standardized test lacks reliability, especially for humanities majors such as journalism and philology. “EGE is a good tool to evaluate the real knowledge of concrete facts, events, names and figures,” she said. “Yet it is not enough to assess students’ creative potential and capability to analyze, speak, write and think critically. That's the reason we have the essay contest at the Journalism Department.”

Besides, unlike the EGE, traditional exams such as dictation better evaluate the students’ ability to transcribe properly, Vartanova argued. She also admits that the EGE brings uncertainty into the students’ understanding of their majors. “If high-school graduates have a set of EGE certificates in different subjects, they could submit them to several different universities for several different majors. Because of this, students don’t even think their future specialization through.”

Alisa Gordeeva from Obninsk in the Kaluga Region submitted her EGE forms to MGU’s Department of Material Sciences. Even though she doesn't have negative feelings toward the EGE, she finds traditional exams “more interesting and creative.” “When I took a written exam in chemistry I had to think and analyze instead of just putting crosses into boxes,” she said.

Irina Abankina
All news by the author 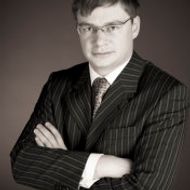 Artemy Rozhkov
All news by the author