Leonid R. Syukiyaynen, Professor at the HSE Faculty of Law, comments on the assassination of Osama Bin Laden.

There are no hostages in the game of geopolitics. Russia's reaction to the Bin Laden assassination reveals its own dilemma about how best to accommodate the West, says Eric Walberg.

The Kremlin limited itself to a brief statement congratulating the United States for its success in killing Osama Bin Laden, noting Russia's own first-hand experience with terrorism. The most recent attack was the 24 January bombing at Moscow's Domodedovo airport by a Chechen suicide bomber that killed 35.

No Russian officials pointed out the illegality of the targeted killing in Pakistan, despite Russia's sharp criticism of the US and its allies now bombing Libya in defiance of international law, and its loud warning that it will veto any UN resolution about NATO ground troops to assist the rebels there. On Saturday, Foreign Minister Sergei Lavrov said that plans by the US, Britain, France, Italy, Qatar, Kuwait and Jordan to aid and arm the rebels and to try to assassinate Libyan leader Muammar Gaddafi was blatant interference in a civil war. Lavrov said the international community should focus on stopping the fighting and not "take sides".

Commentary in the Russian media was less circumspect about dotting the "i"s. The two assassination operations, Bin Laden and Gaddafi, are seen for what they are and criticised. Writes Vladimir Yevseyev, head of the Centre for Public and Political Studies think-tank, "It's not a matter of whether people sympathise or do not sympathize with Muammar Gaddafi or Osama bin Laden. What is now happening in Libya is a violation of international law."

"From the point of view of Islamic Sharia, this killing may be considered as a sort of legal punishment of the criminal of the leading terrorist organisation," writes Leonid Syukiyaynen, professor of Islam law at the Higher School of Economics in Moscow. However, since "there has been no convincing proof connecting Osama bin Laden and the 9/11 events," he should have been interrogated and tried in a court.

Dmitry Gorenburg at Russian Military Reform said that Russian analysts were quick to note the operation would most likely guarantee US President Barack Obama's reelection. The parallel drawn by Russian commentators was to the capture of Saddam Hussein a year before president George W Bush's reelection in 2004. They agreed that Bin Laden's death would have very little impact on the incidence of international terrorism, noting that the death of prominent Chechen rebel leaders such as Dzhokhar Dudaev and Shamil Basaev did not end the conflict in Chechnya and the North Caucasus.

Russian willingness to turn a blind eye on the Bin Laden assassination is clearly intended to keep the US onside in its own fight with secessionists in the Caucasus. Russia's praise for the killing was immediately followed, in tit-for-tat fashion by warm words from Obama's Coordinator for Counter-terrorism Daniel Benjamin about Russia during Congressional hearings, where he stressed that the US sees Russia as a key partner in fighting terrorism, and that counter-terrorism is a "standing strong element of Russian-US relations".

The US is playing its own little game here, both promoting membership of Ukraine and Georgia in NATO and at the same time trying to keep Russia onside through their common anti-terrorist agenda. Just days after the US carried out the assassination of Bin Laden, top Russian and US military officers General Nikolai Makarov and Admiral Michael Mullen signed a memorandum about joint US-Russian military measures against terrorism in St Petersburg. Anti-terrorism is the American apple pie that alone entices the Russians.

This schizophrenia over good vs bad targeted assassinations -- Bin Laden vs plans for Gaddafi -- is reflected in Russian involvement in both the Russia-NATO Council and, at the same time, its own Collective Security Treaty Organisation (CSTO) and the Shanghai Cooperation Organisation (SCO). As Makarov and Mullen shook hands, special task forces of Russia, China, Kyrgyzstan and Tajikistan were rehearsing anti- terror tactics as part of the regular Tien Shan-2 drills, initiated and hosted by China, bracing for a potential surge of extremism in the Caucasus and Central Asia.

Bin Laden's assassination "and other of the alliance's moves are certainly not wasted on the SCO. Friday's drills reflect the intention of Russia and China and their Central Asian partners to adjust their anti-terrorist agenda with emphasis on protecting their sovereignty and national security. These exercises are an answer to the United States and to those using all sorts of pretexts to question the supremacy of international law," writes Yevseyev.

However unhappy they may be about NATO encroachment on their eastern borders, Russians simply cannot afford to anger the Americans too much, no matter how outrageously the latter act. However, they are not putting all their eggs in the US anti-terrorism basket. In addition to buttressing the CSTO and SCO as its main vehicles for dealing with terrorism, Moscow is welcoming Pakistan President Asif Ali Zardari on a hurriedly arranged official visit this week after the furious Zardari cancelled a planned trip to Washington in the wake of Obama's Bin Laden coup.

Who knows? Maybe Russia will invite Afghanistan to join the CSTO to pre-empt the US as it now jockeys to wind down its presence in Afghanistan while leaving bases there under a Status of Forces agreement. Geopolitics takes no hostages, a rule that holds for all the players.

As for Bin Laden's legacy, Mikhail Rostovsky compared his future role for Islamism to Vladimir Lenin's role for Communism, quoting the Soviet slogan "Lenin's ideas live and are winning." Bin Laden's success over the last two decades is the result of having a simple solution to the injustices being inflicted on the Arab world, with Israeli terrorism on their doorstep and the US nodding its approval from afar. He believes that Bin Ladenism as an ideology will continue to prosper until some spiritual leader appears who is able to provide a less bloodthirsty answer.

Rostovsky ignores the peaceful uprisings in Egypt and Tunisia as the obvious alternative to Bin Laden (or, for that matter, Lenin). This, of course, says much more about the cynicism in Russian domestic politics, where democratic expression is increasingly stifled, keeping alive Russia's own Bin Ladens, which in turn forces the Kremlin to play its (unprincipled) anti- terrorist games with Washington. 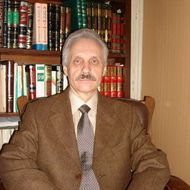 Leonid Syukiyaynen
All news by the author