Vasiliy Solodkov, Director of the HSE Banking Institute, comments on the current tensions between Great Britain and the EU continent.

One of the top persons at the latest World Economic Forum, British Prime Minister David Cameron, was as critical as ever on Germany’s stance on the euro zone. He even asked Chancellor Angela Merkel not to make the euro zone countries “more German” than they are already.

This difference of opinions was another indication of the current tensions between Great Britain and the EU continent.

After French president’s Sarkozy’s decision to adopt a new tax on financial transactions London appears to have become even more attractive to French banks and financial institutions than before.

According to the BBC, in this election year in France, if Sarkozy or his Socialist challenger Francois Hollande brings in such a tax, their folly will be London’s gain.

To quote leaks on the Internet, London’s Mayor Boris Johnson and prime-minister David Cameron on the 31st urged French bankers to quit Paris and move to the City of London in a dramatic escalation of a row with the French president.

The Mayor joined the Prime Minister in calling for traders to escape Nicolas Sarkozy's plans for a financial tax by setting up business in the Square Mile.

Hours earlier Mr. Cameron condemned Mr. Sarkozy's plans for a new financial transaction levy. He stressed that the new tax could cost the EU half a million jobs.
He added: "If France goes for a financial transactions tax, then the door will be open and we will be able to welcome many French banks to the United Kingdom."

Here’s the opinion of Vassily Solodkov, Director of the Banking University at the Moscow Higher School of Economics.

"It all began with the adoption of the Tobin Law a long time ago. The UK was in strict opposition to it, saying it either had to be implemented all over the world, or not implemented anywhere at all. And if the proposal made by the British prime-minister and the Mayor of London look reasonable, it may create other problems and other troubles. As for French bankers, they are under very strong regulation  by the French Central Bank, and it’s the same in Germany with the Deutsche Bank. I think that facing the threat of punishment they would try to avoid accepting the invitation of Mr.Cameron. But at the same time they would be willing to demonstrate that the fault for the latest crisis was with the European banking system. The Tobin Law was what they had to pay for and they are doing it now."

Every story has a continuation, said Vassily Solodkov of the Higher School of Economics, but the UK will not insist on European budget regulation. At the same time such a kind of opposition is very useful to have.
Date
1 February  2012
Authors 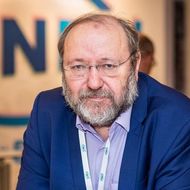 Vasily M. Solodkov
All news by the author