On June 3rd Ambassador Extraordinary and Plenipotentiary of the Republic of Korea in Moscow, Lee Younho, visited the Higher School of Economics in order to discuss plans for developing cooperation.

The main topic of the meeting was the cooperation between the embassy and the Korean Foundation aiming at developing Korean studies at the HSE School of Asian Studies and the Faculty of World Economy and International Affairs. Speaking about these plans, the rector said that in the near future, students will be able to learn not only French and German, but also Chinese, Japanese and Korean as a second foreign language. In addition to this language training, students will be offered specialist programmes in Korean economy, culture and philosophy.

The Higher School of Economics already has some experience of cooperating with Korean institutions, particularly with Seoul State University and the Korean Institute for Industrial Policy Studies and Stimulation of Innovations in Developing Economies. Andrey Yakovlev, Vice Rector of the HSE, spoke about this cooperation at the meeting. He said the university has a lot of potential for  developing academic cooperation with various Korean organizations. For example, the Korean experience of industrial policy, modernization and the creation of an innovative economy is very interesting for Russia. Korean formation of a middle class and social policies along with reforms of the health care, education and pension systems are also very useful. According to the HSE Rector, the potential for collaboration in the area of international-level universities and research universities has also not yet been realized. 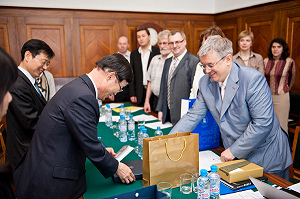 According to Aleksey Maslov, Head of the HSE School of Asian Studies, there is an opportunity to carry out online e-lectures for undergraduate students starting from September as part of the ‘e-school’ project suggested by the Korean foundation. It is also possible to launch a joint master’s programme in Korean studies together with the Seoul State University under the support of the Korean Foundation. In addition, the Korean Foundation is ready to provide some visual, information and educational materials on Korea for a  Korean office at the HSE.

As part of the master’s programme ‘International Relations: European and Asian Studies’ the Korean professors could read lectures on such courses as ‘North-Eastern Asia in the Globalizing World: Economics, Politics and Security’, ‘Security Challenges for the Asian-Pacific Countries and Territories and the Opportunities for their Neutralization’, ‘Eastern-Asian Identity as a Socio-Cultural Phenomenon: Economic Aspect’. According to Timofey Bordachev, Deputy Dean for Strategic Planning at the HSE Faculty of World Economy and International Affairs, the Koreans expressed their interest in this programme as soon as it was launched. This further evidence of mutual interest in the cooperation.

The Ambassador of the Republic of Korea, Lee Younho, promised to provide support for the Higher School of Economics in terms of the development of relations with his country’s institutions. ‘In the 50 years since the Korean war the country has achieved so much. We have accumulated a unique experience of development which we are ready to share, Lee Younho said. Academic cooperation between our countries should develop, and the number of students and teachers participating in academic exchanges should grow.’

Ambassador Lee Younho invited the HSE Rector Yaroslav Kuzminov to visit Korea in order to get to know the Korean universities and organizations and speak at the 34th international forum of the Korean Foundation. 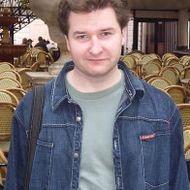 Andrey Vladimirovich Scherbakov
All news by the author
Topics
On Campus
Keywords
HSE guestsReporting an eventpartnershipsinternational cooperationKorea
About
Faculty of World Economy and International Affairs, Master’s Programme in International Relations: European and Asian Studies
About persons 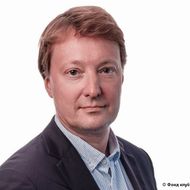 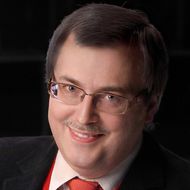 In April, the Teach for HSE Project hosted an online seminar, ‘International Virtual Exchange in Your Classroom: No Visa Needed’. Seminar participants discussed the 2020-2021 Russian-Japanese Student International Research Programme, ‘Northeast Asia since 2012: Political and Economic Analysis’, which was held jointly by the School of International Regional Studies of the HSE Faculty of World Economy and International Affairs and the Institute for Asian Studies and Regional Collaboration of Akita International University (Japan).