Universal Basic Income: ‘This Is the Golden Dream of Artistic Bohemians’ 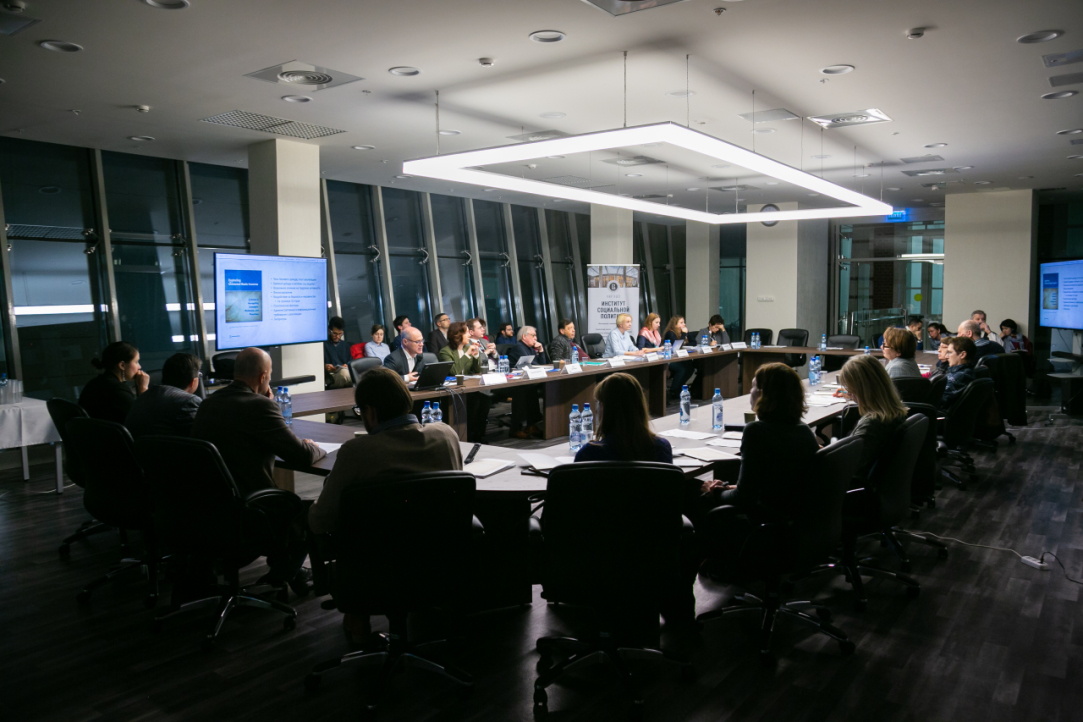 The book ‘Exploring Universal Basic Income. A Guide to Navigating Concepts, Evidence, and Practices’ was presented at an HSE University event, which was organized by the HSE Institute of Social Policy. During the event, participants noted the foundational nature of the publication prepared by the World Bank experts and held an emotional debate on the prospects of introducing a universal basic income.

The idea of a universal basic income has been discussed by experts and politicians around the world for several years. The decreasing wealth of the middle class, lack of progress in fighting poverty, as well as the digital revolution and robotization of economics  decrease in traditional jobs and population’s revenues, force experts and politicians to think about paying each individual a certain sum of money without any conditions.

While some see the universal basic income (UBI) as a response to contemporary challenges, others believe it is imperfect from moral and social perspectives, said Renaud Seligmann, the World Bank's Country Director for the Russian Federation. He said that the book’s authors saw their task as creating a kind of navigation compass in the complicated variety of publications on UBI. The book that was presented at HSE University at the end of February includes the key arguments by advocates and opponents of UBI, provides some details on experiments implementing it, and offers a methodology to evaluate the consequences of implementing various options of UBI.

The issue is not new, and a number of myths are associated with it, said Lilia Ovcharova, Vice Rector and Director of the HSE Institute of Social Policy. She expressed the hope that the World Bank’s book will help everyone to sort this question out.

‘It is a great honour for me to speak here. HSE University is a leader in research on the most essential issues of social policy,’ said Ruslan Yemtsov, the World Bank's Human Development Program Leader for China, Mongolia and Korea, who presented the publication. The idea of UBI is one of the most frequently discussed in the world: ‘we have calculated that a book on this topic is issued every month, not to mention research papers and publications in the media.’

Mr Yemtsov hurried to clarify that the concept of UBI is ‘largely utopian,’ but he emphasized that it has many aspects that can be implemented in practice and is not completely unrealistic. At the time of the book’s preparation, there were 29 experiments on implementing UBI in some way or another, and today, Hong Kong and Macao have declared their intention to use this tool. However, today, no country provides complete UBI to its residents. Annual payments to Alaska residents, which are provided by means of distributing the revenues from natural resources, can be considered the closest to the initial concept of UBI.

The main problem of UBI is funding. Mongolia used to pay it to its citizens for a period of time, but after a fall in commodity prices, they had to borrow money, and then cut the size of payments so that the amount has become insignificant. Meanwhile, the programme had positive results: poverty and inequality decreased, and 100% of the population was included in the banking system. 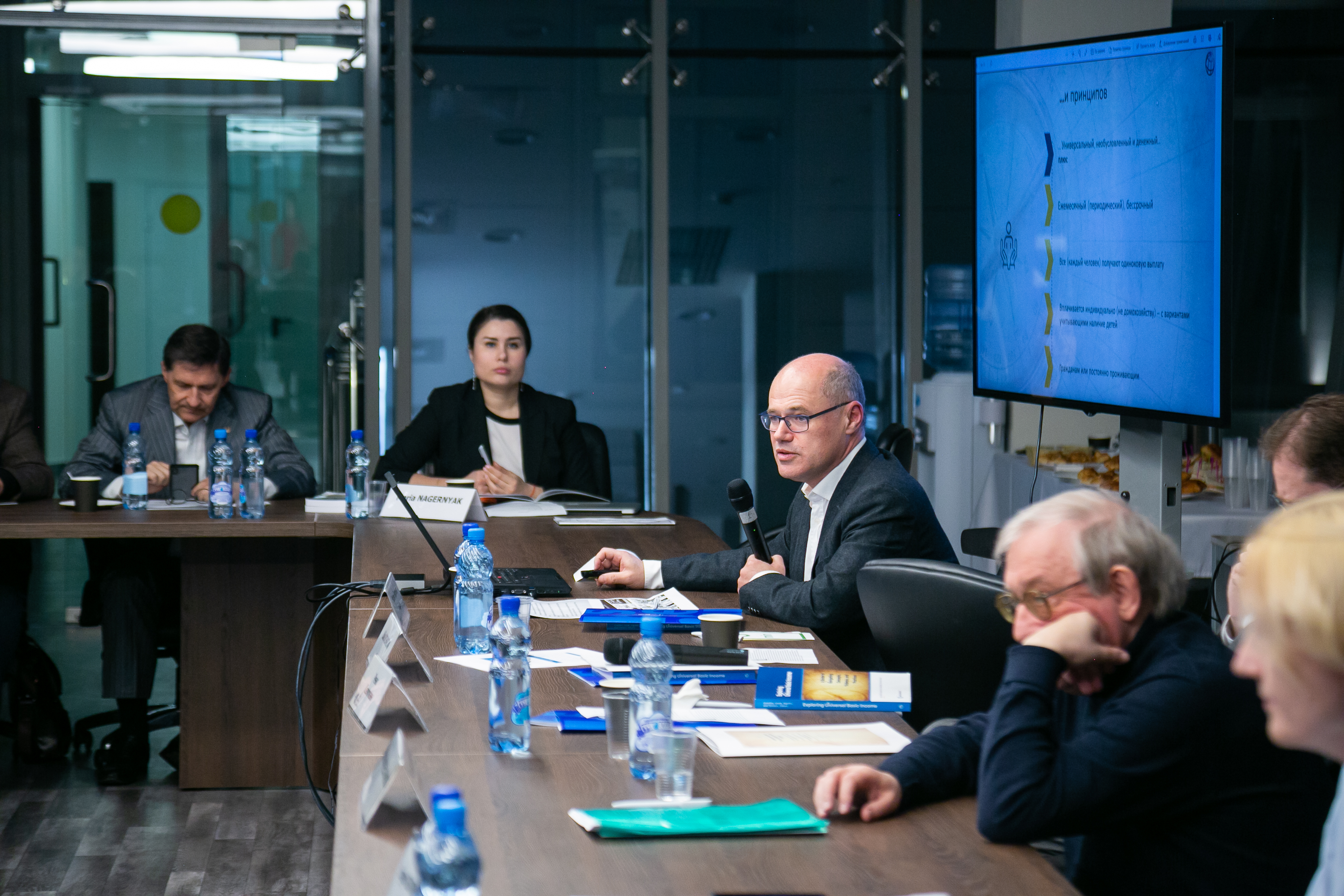 UBI’s opponents say that giving money out will cause people to stop working. As an example, they talk about a so-called Malibu surfer – a young person who doesn’t work but spends the entire day on the beach. But real experiments have demonstrated zero effect on permanent employment, and a small increase in part-time employment, Mr Yemtsov said.

The World Bank experts also analysed the consequences of introducing a UBI instead of national social security systems for different countries. It turned out that in most countries, the existing systems, despite all their imperfections, are better in fighting poverty than a universal income. But in Russia, the effect from UBI would be higher than in other countries because many social aid measures are relevant only for certain categories of residents in Russia and often do not reach people who really need them. In Brazil, if the UBI were introduced, the poor would lose the most, since they get the most social aid; in South Africa, retirees would lose. In Russia, on the other hand, 10% of the least wealthy citizens would benefit from the innovation. 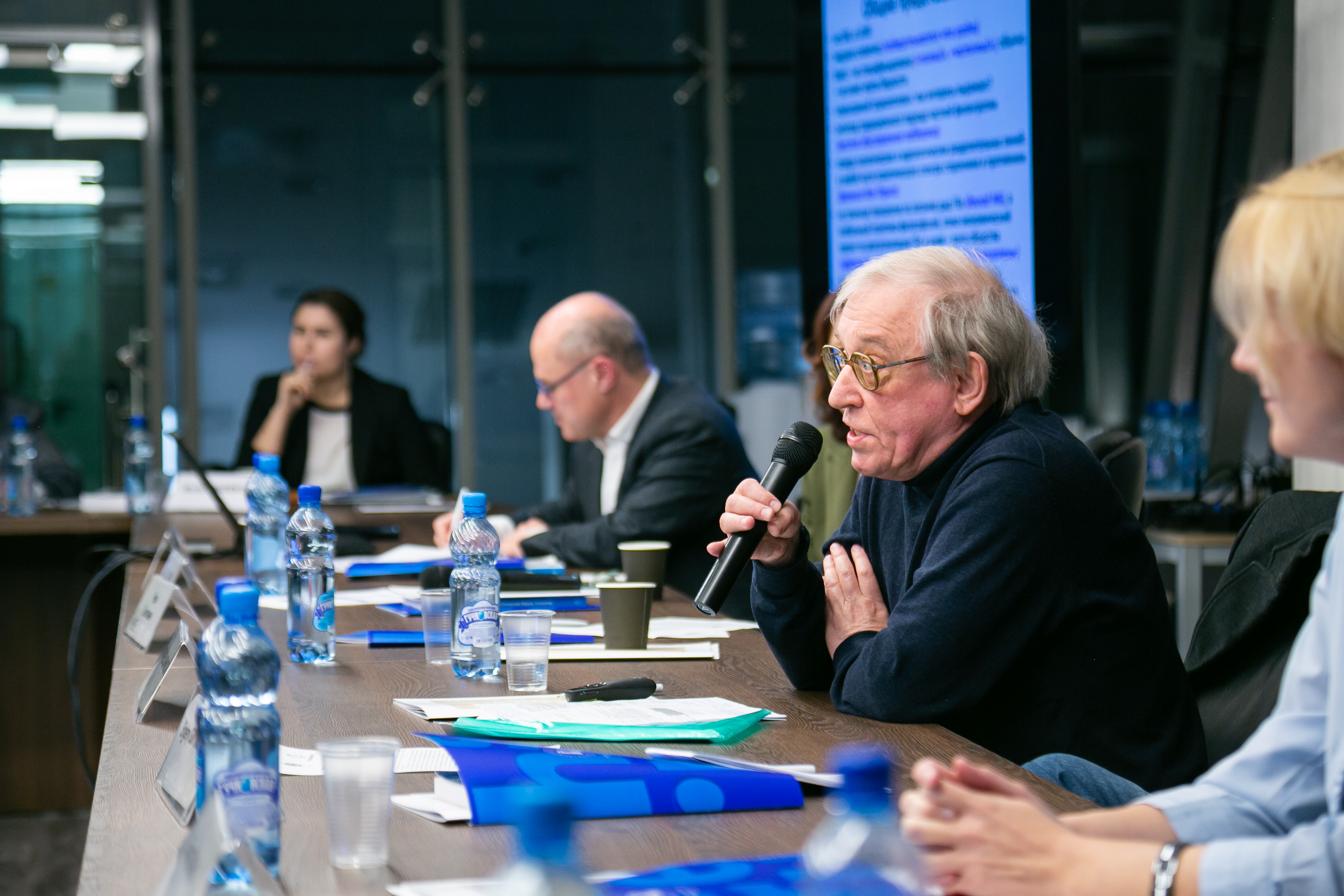 The main problem of UBI is funding. To implement such a programme, poor countries would have to use an unbearable 30-40% of GDP. In Russia, if everyone were to receive money equal to the minimum consumption basket, about 16% of GDP would be needed. If the payments were to cover the deficit of incomes and get the people out from under the poverty line, about 4% of GDP would be needed, according to the World Bank experts.

‘I don’t contradiction with the research authors on most points,’ said Rostislav Kapeliushnikov, Deputy Director of the HSE Centre for Labour Market Studies, in his comments on the book, although he did point out several problems. In particular, he disagreed with the assumption that the Mongolian and Iranian experiments are variations of UBI. In the case of Iran, he believes that it was simply the monetization of benefits, and in Mongolia, people were paid 7 dollars each.

Mr Kapeliushnikov noted that the authors have understudied the UBI’s negative impact on the job market. For example, they haven’t discussed distorted incentives to work among those who are not receiving social aid, which is the largest part of the population. As an example, he gave some estimates for the United States, which say that paying an annual UBI of USD 10,000 would lead to a fall in job supply by 3.4-4%, and ‘in the context of progressing ageing of the population, this number is incredibly huge.’

Of course, taxes would have to be increased to fund UBI, but the book does not analyse how this would impact the job market and the economy at large. ‘The main horror of these programmes is their fiscal overreach, Mr Kapeliushnikov emphasized. Another problem of the UBI concept is the fact that UBI is in complete opposition to what may be called ‘natural morality.’

‘Speaking in terms of natural morality, a healthy able-bodied human should not live at the expense of others. Rich and extremely rich people should not get any money from the state,’ he said. Introducing UBI in most countries would benefit young, healthy people, childless families, those who do not receive any benefits today, individuals with zero income, and big households.’ 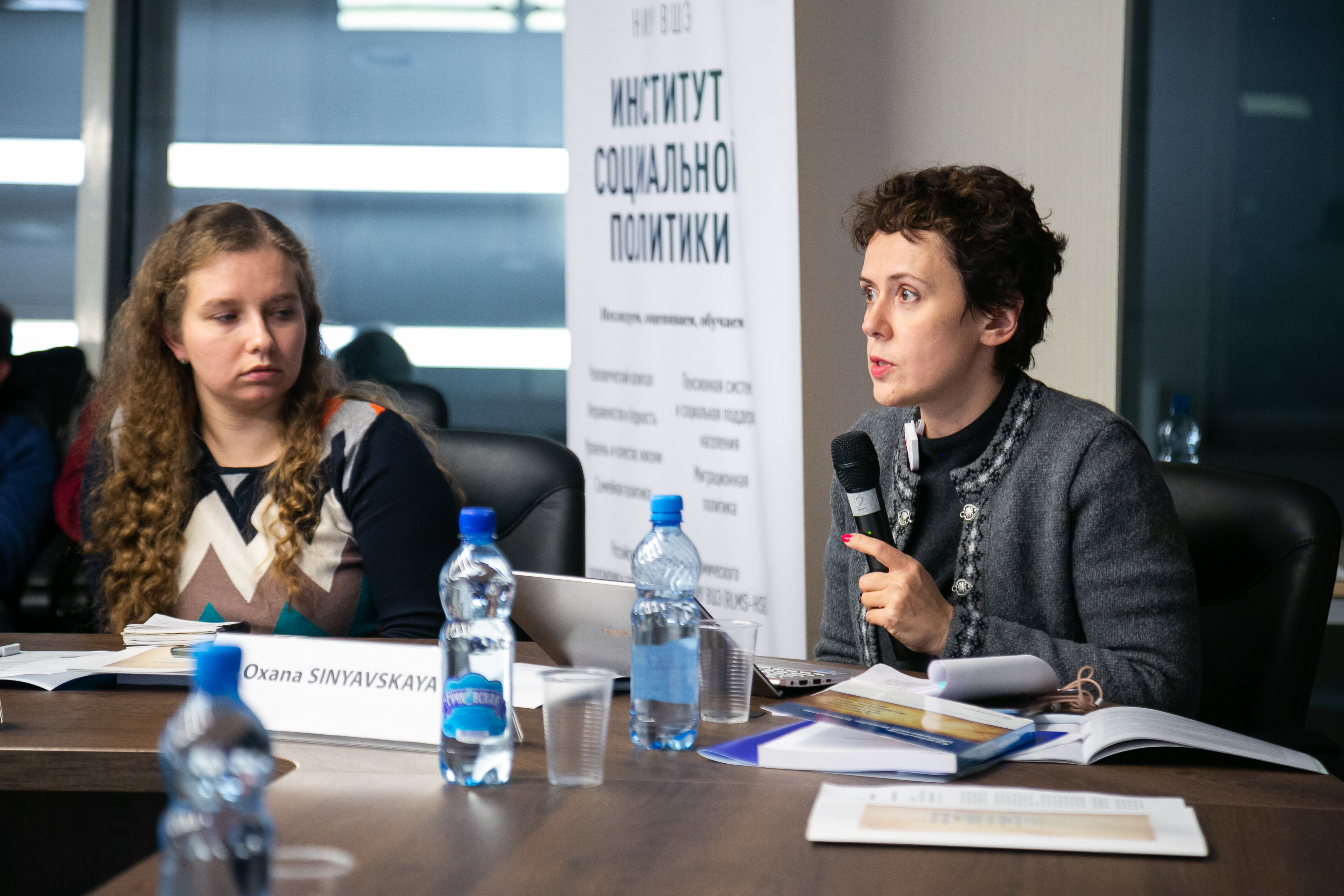 It also makes sense to think about whose interests are represented in the idea of UBI and the ideals of which social stratum it complies with. ‘I would answer this question as follows: this is a utopia, a golden dream of bohemians. You can mean writing your ‘masterpiece’ forever and avoid starving. You can keep running around to auditions at film studios without having to work as a waiter or dishwasher. You spend years painting the pictures that are of no interest to anyone and still make ends meet,’ said Mr Kapeliushnikov.

He believes that UBI cannot be introduced in pure form. The debate around UBI already has a negative effect. This is because it is focused on the issues of redistribution rather than economic growth. Meanwhile, growth is the main tool that helps drag people from poverty, Mr Kapeliushnikov believes.

Cure for All Diseases

UBI is a political project, since society has accumulated lots of discontent and social injustice, and we cannot avoid this topic, said Evgeny Gontmakher, Professor at the HSE Faculty of Social Sciences. At the same time, the existing social aid systems are imperfect and controversial. The discussion about UBI offers an opportunity to transform social policy models and include some elements of UBI in them.

Oksana Sinyavskaya, Deputy Director of the HSE Institute of Social Policy, believes that if UBI replaced all types of social aid and social security, including pensions and disability benefits, this would lead to growing inequality and have negative socio-economic consequences. ‘I believe that the model of a universal basic income plus reformed social security systems would be more promising,’ she said. 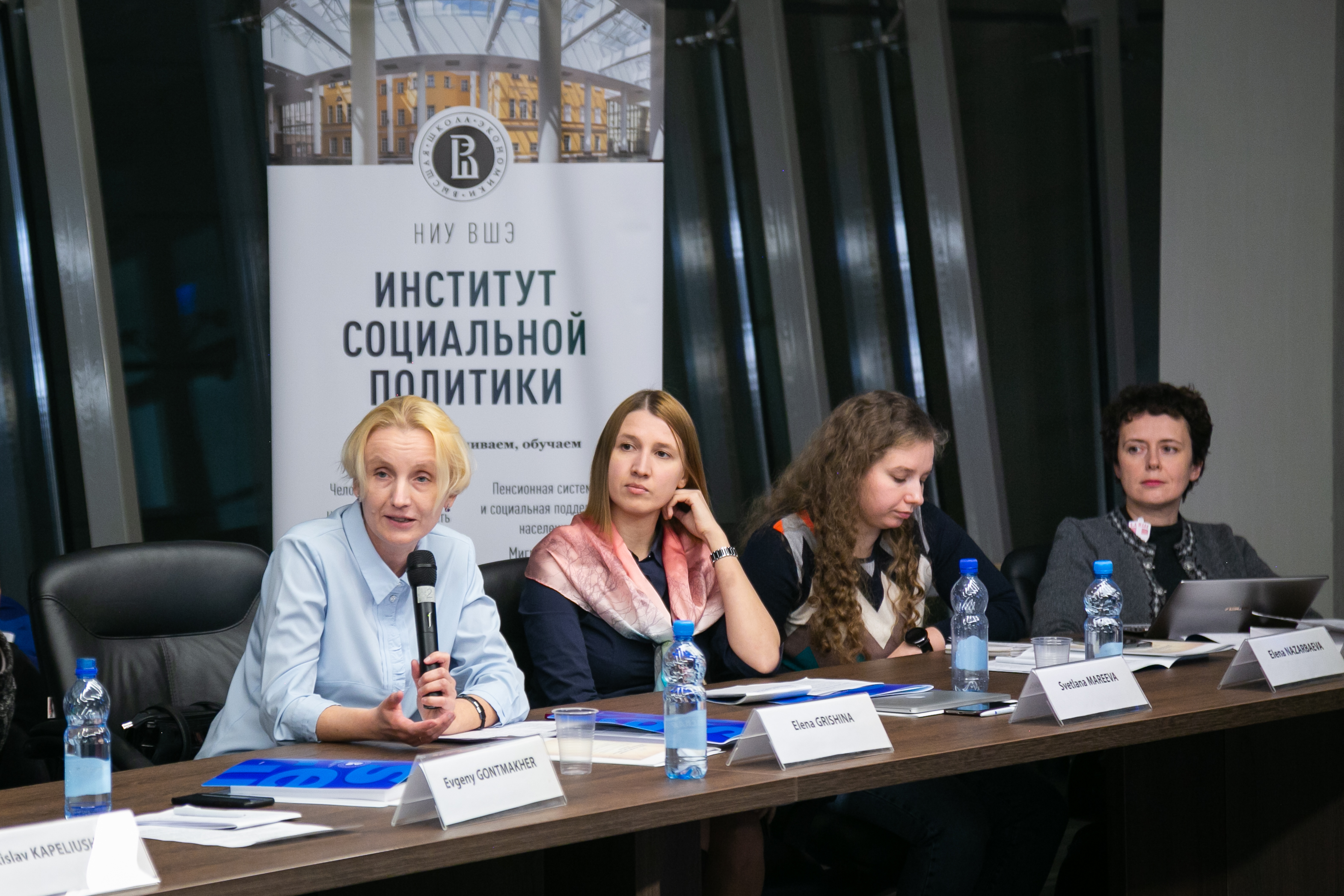 Among the discussants on the UBI and the World Bank’s book were also Elena Grishina, Head of the Laboratory for the Study of Living Standards and Social Security, Institute of Social Analysis and Forecasting, Russian Presidential Academy of National Economy and Public Administration (RANEPA); Svetlana Mareeva, Director of the Institute for Social Policy Centre for Stratification Studies; and Elena Nazarbaeva, Analyst at the Institute for Social Policy Centre for Studies of Income and Living Standards.

Lilia Ovcharova summarized the discussion and noted that UBI is a good reason to talk about the social security system. For example, today in Russia, a proposal is being discussed to allocate an additional 0.3% of GDP to support the population in poverty, while introducing UBI would require spending 16% of GDP. This may be used as a ‘scare tactic’: ‘if you don’t give us 0.3 – you’ll have to give 16,’ she joked.

But generally, UBI is about the future. Russia still has to reform social programmes in order to make them targeted; it won’t be able to skip this stage. As for the World Bank’s book, it deserves the highest assessment and will be very useful for experts and students alike.

Ruslan Yemtsov’s presentation, as well as a digital copy of the book in English are available here.

HSE University hosted a Russian-Chinese meeting on ‘Social policy as a tool for combating poverty and developing human capital’. Representatives of the Chinese Ministry of Civil Affairs, the World Bank, the Russian Pension Fund, the government of Tatarstan, and HSE University researchers evaluated the social policies of both countries, shared effective measures for combating and eliminating poverty.