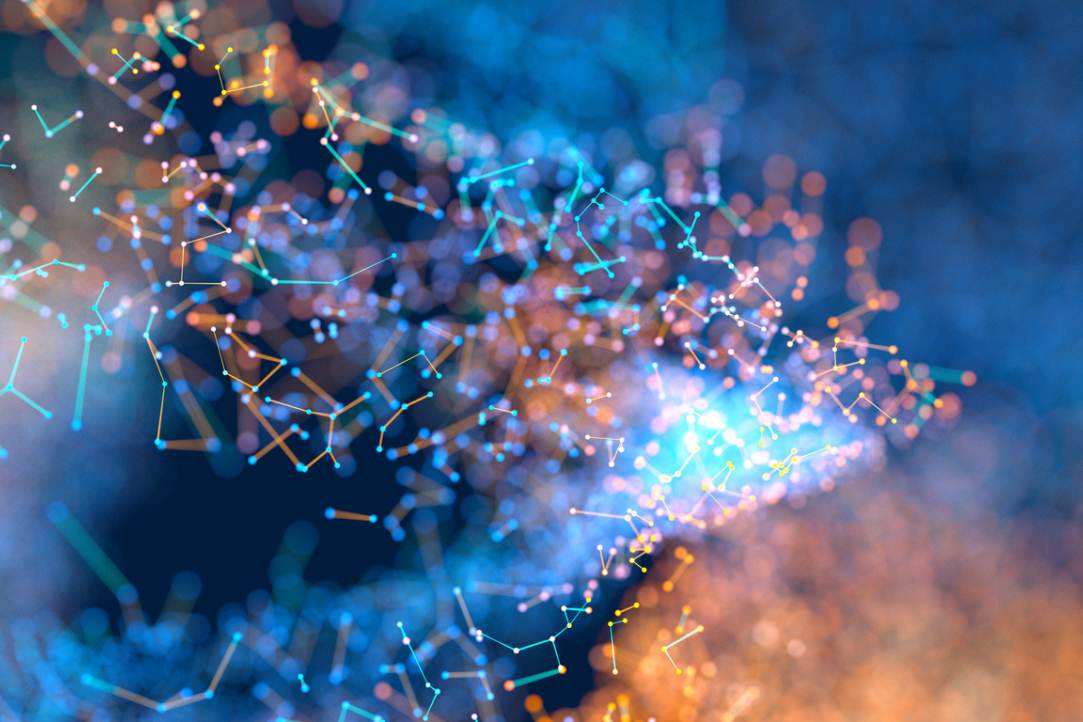 Every cell in our body has a cytoskeleton, a system of microtubules and filaments that support the cell’s rigid shape. Microtubules are formed by the protein tubulin and play a key role in the division of both healthy and tumor cells. Therefore, microtubules are a target for antimitotics — anti-cancer drugs that inhibit tumour growth by disrupting tubulin polymerization. Because the unlimited proliferation of cancer cells is what makes the disease so dangerous, many drugs aim at inhibiting this process.

The tubulin molecule has four binding sites (sites where it can interact with a drug), namely the colchicine, taxane/epothilone, laulimalide and vinca alkaloid binding sites. Several substances are known to bind with tubulin at the colchicine site and ultimately disrupt tubulin polymerization, and all of them contain a trimethoxyphenyl ring.

With the help of computer simulations, the Moscow researchers determined which compounds, including those without a trimethoxyphenyl ring, were able to bind to tubulin, and were able to predict the effectiveness of a new substance for such studies — diphenylisoxazole. This molecule is unique in that it is easily synthesized using available compounds — benzaldehydes, acetophenones, and aryl nitromethanes. 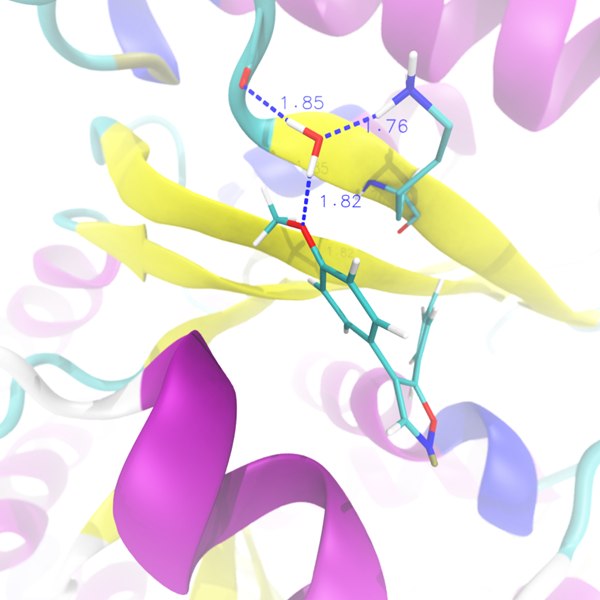 Snapshot from molecular dynamics simulation of compound 2c bound to tubulin. A system of hydrogen bonds was formed that involves the ligand, protein residues Asn349 and Lys352 and a water molecule

The simulation also showed for the first time that the molecule of a substance needn’t have a trimethoxyphenyl ring in order to bind to tubulin at the colchicine site. All previously known tubulin polymerization inhibitors interacting with the colchicine site had a trimethoxyphenyl substituent in their structure, but this element is absent in diphenylisoxazole. This means that there is a yet unexplored structural class of compounds with antimitotic activity that can be used to create anti-cancer drugs with new properties.

It was later shown that diphenylisoxazole inhibits tubulin polymerization in sea urchin embryos, whose rapid cell division resembles that of cancer, making it a frequent subject of such studies. Adding diphenylisoxazole to a vessel containing fertilized sea urchin eggs inhibited cell-reproduction and caused the embryo to rotate instead of swimming forward. This observation indicates that the substance affected the cells' microtubules. Subsequent experiments proved the molecule's effectiveness not only on sea urchin embryos but also on human cancer cells.

The scientists pointed out that not only the results of the research but also its methodology hold value. 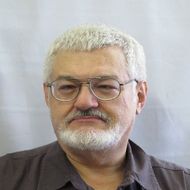 HSE University professor Igor Svitanko, one of the authors of the study

'Previous work by these researchers on the synthesis of drugs against leukaemia and rheumatoid arthritis, as well as on other anti-cancer drugs, has shown the importance of this sequence in designing the scientific experiment — first simulating the structure of the matter with the desired properties, and only then synthesising and testing its biological activity. Posing the question in this way gives only secondary importance to organic synthesis and requires that it take the simplest possible path to the predicted structure. This makes it possible to dramatically reduce the cost of finding and introducing new drugs.’

Professor Svitanko also said that computer modelling makes it possible for young researchers without years of experience and intuition regarding synthetics to participate in such complex studies. HSE University has proposed creating a new computer-modelling laboratory that would synthesize new drugs and other substances using computer predicted structures.