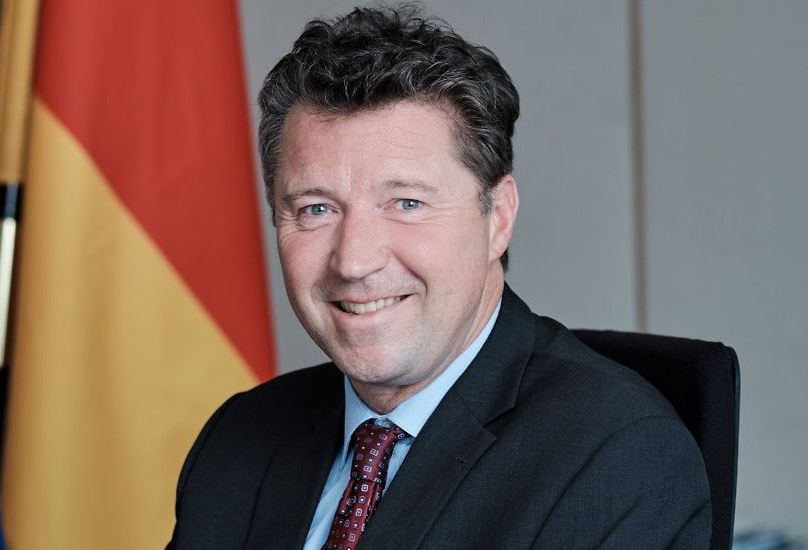 On November 18, 2020 at 13:30, Ambassador Extraordinary and Plenipotentiary of the Federal Republic of Germany to the Russian Federation Géza Andreas von Geyr will deliver open lecture ‘Building Europe’s Future’ for HSE University students.

The event will be held online in English (without subtitles).

To attend the open lecture, which will be held over Zoom, please register in advance here.

After the lecture, registered attendees will have the opportunity to ask Ambassador von Geyr questions. Please note that the number of spaces is limited.

There will also be a live stream of the event on YouTube.

The broadcast will be open to the general public. We look forward to seeing you there!

Géza Andreas von Geyr was born in Munich in 1962. After serving in the military, Ambassador von Geyr began studying modern and ancient history as well as communication sciences at Ludwig Maximilians University in Munich in 1982, completing semesters abroad in Budapest and Vienna. He holds a PhD as well as a degree in political science, for which he completed a stay in Washington, D.C.

In 1991, Géza Andreas von Geyr joined the Foreign Diplomatic Service and worked at the German Embassy in Morocco, the European Commission, and the Bundestag. He has also served as Vice President of the German Federal Intelligence Service. Since September 2019, he has been stationed in Moscow as Ambassador Extraordinary and Plenipotentiary Of the Federal Republic of Germany to the Russian Federation.