Bright plastic accompanied by an unusual explanatory text—at Alexey Ryumin's exhibition, all familiar objects appear before the viewer in unusual images and situations. More than a hundred 3D-printed exhibits reflect what surrounds a person and what is inside him. ‘Why an exhibition about food and the home? There is a lot here about the compartments which a person inhabits, and about the things for which the person himself is a compartment,’ explains Alexey Ryumin. ‘If you imagine a nesting doll, it turns out that we can have food in us, but we can be in our house. That is, these are the closest poles between which we are.’ 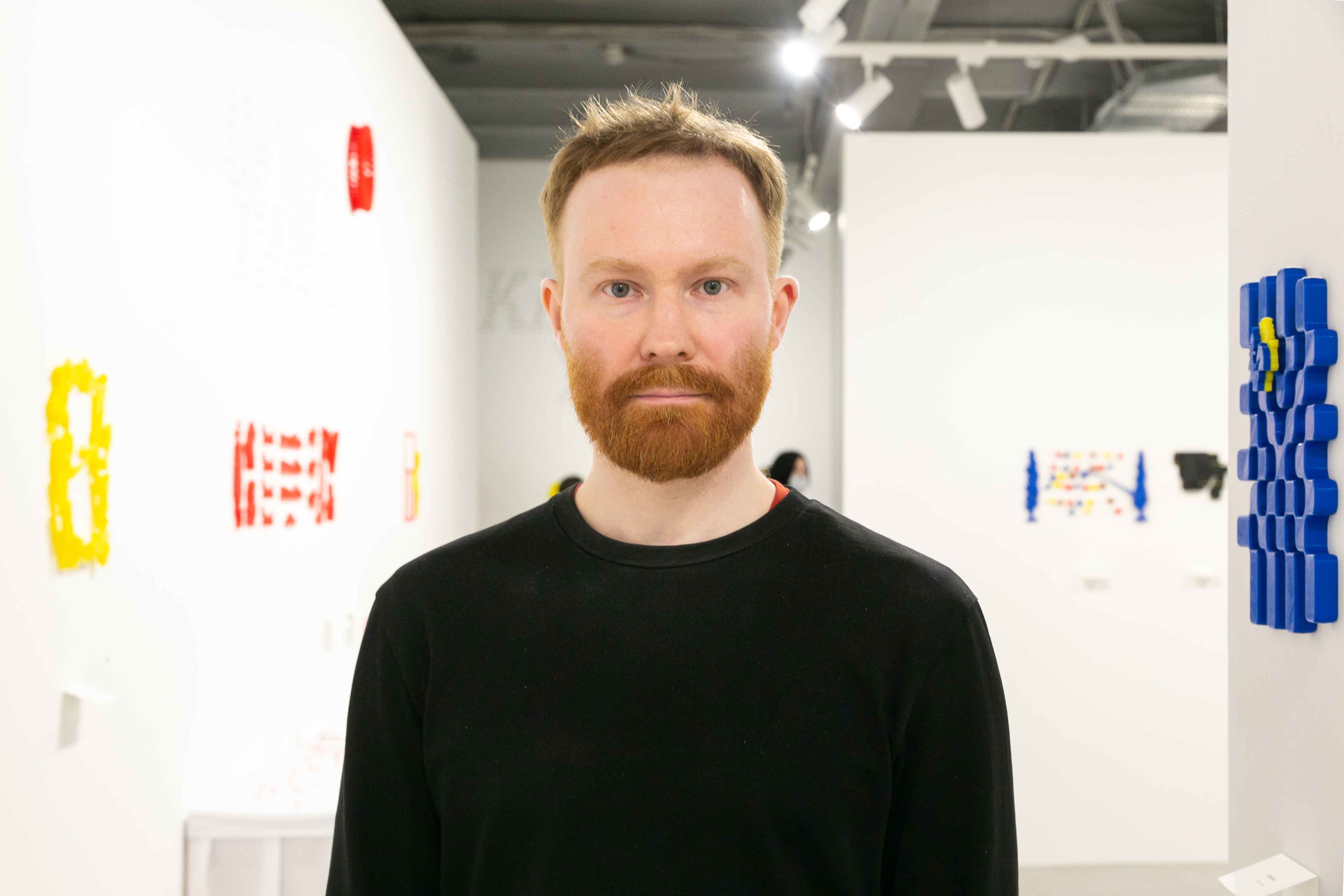 The nesting doll format of the exhibition is reflected in the design of the halls: on the way from the entrance to the farthest hall of the gallery, viewers see that the scale seems to decrease and symbolically each next hall is inside the previous one.

The ‘red corner’ (which is at the entrance to the gallery) is like the table of contents for a book. There are only two works here. They set the colors and show that there is color coding and some kind of hierarchy. The next hall, ‘Jaw’, is dedicated to institutions, when you, as a spectator, accept other people’s rules of the game. The works there are about how people come to master this practice. It is done in blue. In addition, the title ‘Jaw’ also plays up the metaphor of movement along the esophagus.

Farther on is the yellow hall, ‘Bowerbird’, which is about everyday life. If before that we were walking along the street, then in this hall we end up in a house. People master this place as a personal space and go about their business here.

The last room is called ‘Meat Thesaurus’. This is the smallest nesting doll. Here the theme of the corporal is played out, which is embodied by the color red.

The format of the exhibition resembles the layout of a Slavic hut. According to Alexey Ryumin, the idea for the format emerged from memories of his home in the Urals, black, a century old, true. The book The Home in the Rituals and Performances of the Eastern Slavs, which the artist read at some point, also played a role.

The name of the exhibition, ‘Ennale’, according to Alexei, was born out of a joke: if the Biennale is held once every two years, then the Ennale is something that happens only once.

Alexey was helped to bring ‘Ennale’ to life by his 2nd-year students of the Animation and Illustration profile. Inga Tatarshao, for example, modeled objects for printing on a 3D printer. ‘Alexey explained a specific idea, threw off sketches from different angles, sketches, and I developed them in the programme,’ says Inga. She learned how to use the programme in class, she says, but she had no experience of participating in such an exhibition yet. 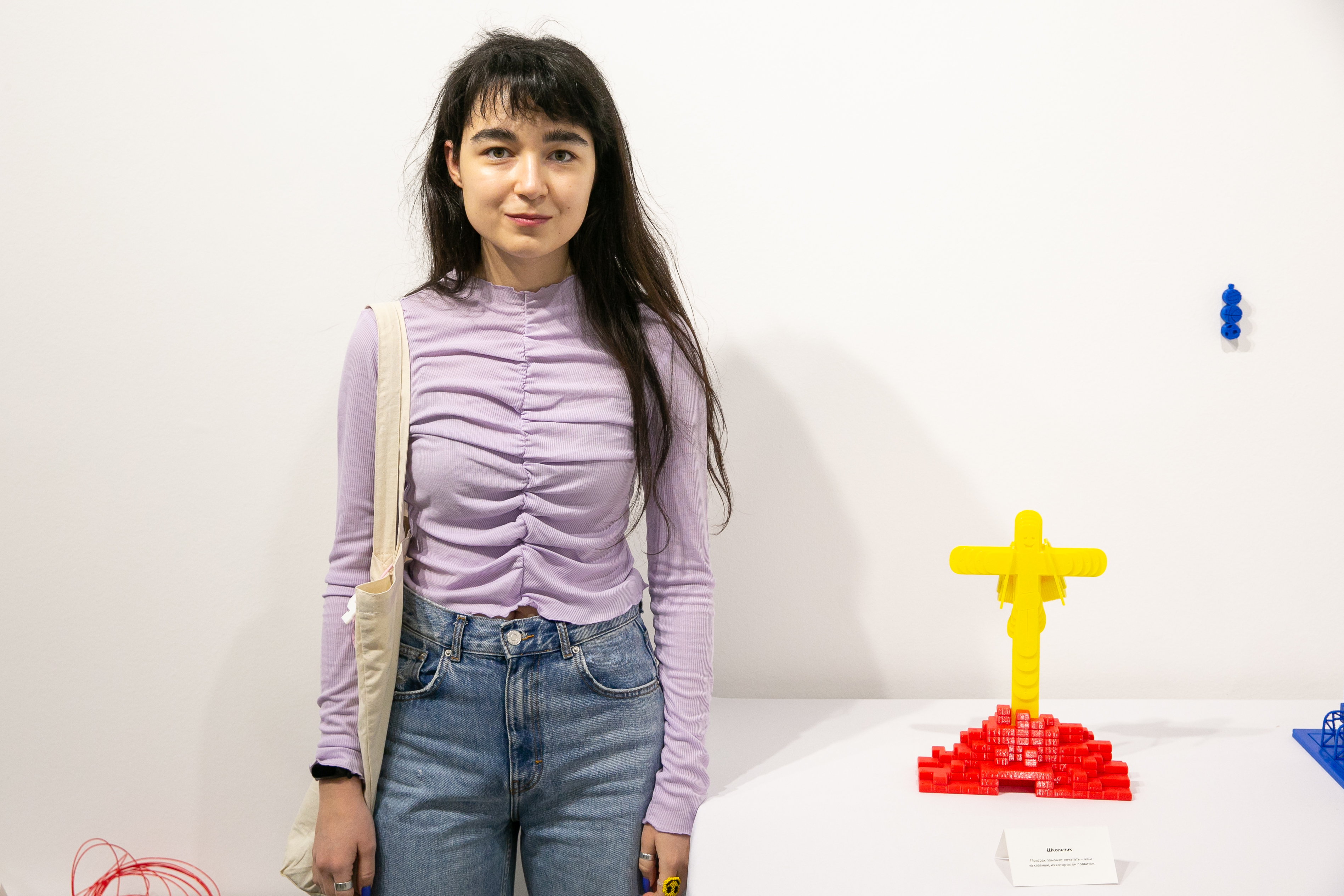 ‘At first I had a hard time with the first model. I worked on it for a week, and then with each new model it became easier,’ she says. ‘Because here we weren’t just working with flat illustrations, sometimes we needed a knowledge of architectural — like when we had to calculate how to make it so the model would stand in place and not fall. I learned a lot from working on this exhibition, and I am very grateful for this opportunity.’

Alexey Kizerev helped Mr. Ryumin with the multimedia dimension: he created a video about nesting dolls, and also did 3D for colleagues who came up with animations about the cat-hunter. 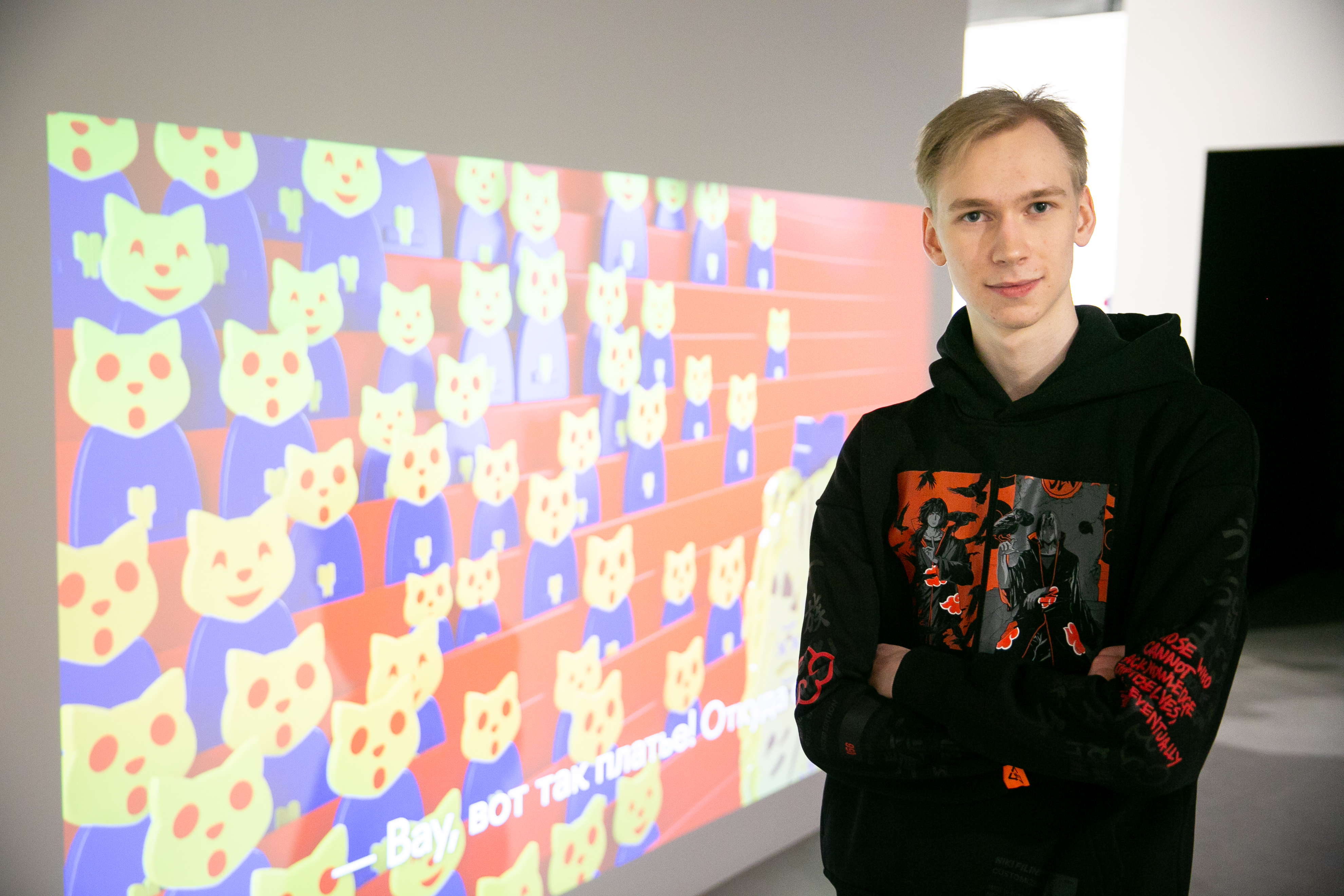 ‘I had quite detailed storyboards from Alexey that I worked on,’ he says. ‘I, in general, understood how to work with 3D, materials, light, etc., but I had never dealt with the difficult task of creating film animation, rather than motion design. This was my first time working on character animation. I was always afraid to do it, but here the opportunity presented itself. What to use for the work, what to do – all of this was outlined in the project. It was fun. And I realized that I can do it.’

You can catch Alexey Ryumin’s exhibition at the HSE ART GALLERY until April 18. Entrance to the gallery is free.