Special Publication for the 2012 BRICS Summit in New Delhi

The inaugural publication of the BRICS Research Group, a joint initiative between the Higher School of Economics and the University of Toronto, co-edited by John Kirton and Marina Larionova, has been published. This special publication for the 2012 New Delhi Summit is a collection of articles by government officials from BRICS countries, representatives of international organizations, businessmen and leading researchers.

There are articles by the Chinese authors, Tu Xinquan and Xu Ting of the University of International Business and Economics, and by Yu Yongding of the Chinese Academy of Social Sciences.

The summit’s host, Indian government officials and the members of the academic community of this country are represented by Sudhir Vyas, Indian BRICS Sherpa, YV Reddy, former governor of the Reserve Bank of India, BK Chaturvedi, member of the Planning Commission of the Government of India and other authors.

Researchers from the Brazilian Centre of International Relations also contributed to the publication, including Fatima Berardinelli, Adriana de Queiroz, Leonardo Paz and Joao Nogueira of the BRICS Policy center in Rio de Janeiro.

Authors from the latest BRICS member, South Africa, include Peter Draper and Elizabeth Sidiropoulous of the South African Institute of International Affairs and Siphamandla Zondi and Francis Kornegay of the Institute for Global Dialogue.

Among the representatives of international organizations there are Michel Sidibe, UNAIDS Executive Director, Jay Naidoo, head of the Global Alliance for Improved Nutrition, and others.

The publication also features articles by the President of Kazakhstan Nursultan Nazarbayev and internationally respected economist Jim O’Neil, who coined the term “BRIC”. In his article Jim O’Neil speculates about the future of the BRICS countries and the institution as a whole.

The publication addresses important issues of the global agenda, the priorities of BRICS and the Indian Presidency, the policies and competitive advantages of the participants, as well as BRICS institutionalization, enhancing efficiency and accountability of the forum. 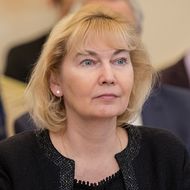