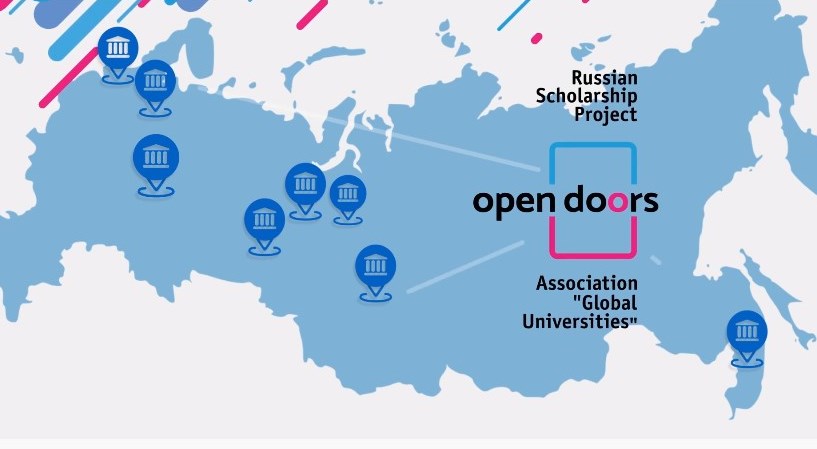 More than 56,000 international participants from 197 countries have registered for Open Doors: Russian Scholarship Project organized by Association of Global Universities for master’s and doctoral programme applicants. Registration for the competition closed on December 10, 2020.

Almost 17,000 of them are going to compete in two or more subjects. In total, participants submitted more than 81,000 portfolios (almost twice as many as last year).

The project has been implemented by the Association since 2017. The Olympiad is the first such project in Russia to attract talented international applicants from around the world to master’s and doctoral programmes at leading Russian universities.

Surveys of potential applicants during registration show an interest in Russian higher education. Participants are considering studying in Russia alongside receiving education at universities in countries such as Germany, Canada, Great Britain, Australia, and the United States, which are traditionally attractive to applicants worldwide.

In master’s programme track, the Olympiad is held in 14 subject areas:

Last year the competition was held in 11 areas of study. The most popular areas this year were ‘Business and Management’ and ‘Engineering and Technology’ by a wide margin. Next came ‘Computer and Data Science’, ‘Biology and Biotechnology’, and ‘Political Science’.

The doctoral programme track is being piloted for the first time in six areas of study:

About 4,000 participants expressed interest in doctoral programmes in Russian universities and submitted more than 4,700 portfolios.

Given the international nature of the competition, citizens of any country other than the Russian Federation can participate (including Russians who are permanent residents abroad). To participate in the master’s track, it is necessary to have a diploma of higher education (bachelor or specialist) or confirmation of one’s last year of study and the possibility of obtaining a diploma in 2021. The doctoral programme track requires a specialist or master’s degree.

The Olympiad is conducted fully online in Russian and English, which allows its participants from different countries to compete. Thanks to the Open Doors project, Russian universities can attract the best and most motivated foreign applicants. The master’s track Olympiad is held in two stages. In the first stage, portfolios are evaluated. Participants who successfully pass this selection are invited to the second stage to complete the Olympiad tasks online. In addition to those two stages, participants of the doctoral track have interviews with potential research supervisors. If the interview is successful, the participant chooses a research supervisor from among those who have expressed a willingness to work with them.

Features of the Olympiad

International students can complete all qualifying and final events from the comfort of their own home. They must have Internet access in order to participate. It is possible to take part in the Olympiad in several subject areas. Before the competition, participants have access to syllabi in their chosen area to prepare for the tests. There are also demo tasks available on the website.

All stages of the Olympiad are completed in a registered participant's personal account on the Open Doors IT platform, which is accessed through the Olympiad website. A mobile version of the registration system, landing pages on the websites of the universities, an Olympiad Facebook group, and VKontakte groups are also available. Support for competition participants is provided through a specialised e-mail centre.

The IT platform developed for Open Doors allows for an initial automatic check of the portfolio, which means that any number of participants can participate in the Olympiad simultaneously, regardless of their geographical location.

The second stage of the competition is proctored, which involves the installation of special software on the participant’s computer, allowing for identification and comprehensive observation during the performance of tasks. This technology is also used by most universities around the world for various tests and exams. The participants will have three hours to do the tasks.

The jury evaluates completed portfolios remotely, reviewing the package of materials submitted by the participant, in an anonymized form. Each Olympiad participant has a personal account, which displays all the necessary information about the progress of the competition.

The results of the first stage will be announced on December 25th. First round winners will be admitted to the second stage, which will be held in January 2021. The winners of the Open Doors master’s track will be announced on February 22, 2021. The third stage (for doctoral track participants) will take place from March 1 to March 19, with winners being announced on March 23.

‘I Love Learning in a Multicultural Environment’