'Human Capital, Quality of Life and Infrastructure around Cities Should Be the New Areas for Investment' Says Yaroslav Kuzminov

On the 28th February at a plenary session of the economic forum in Krasnodar 'New sources of growth for Russia' attended by deputy PM Arkady Dvorkovich and ex-minister of finance Aleksei Kudrin, HSE Rector Yaroslav Kuzminov set out three important sources of economic growth. This article presents the main points of his address.

When we evaluate the possibilities for economic growth in Russia, we usually see it as insular or partially enclosed although it hasn’t actually been so for a long time now. This affects people’s motivation to stay and work in Russia. Our major problems are also our major sources of growth - human capital, quality of life and infrastructure.

These are new areas for investment which are not usually seen as profitable. In Soviet days there was even a concept of the “non-productive sphere”, but if we can develop these very areas in the right way, they will make the country competitive with a relatively high standard of living and individual incomes at over 10k dollars a year.

So, we have these three sources. The first thing to do is develop the intellectual and creative side of our human capital. The economy of new technology and new products is a narrow sector of investment in human capital. Traditionally we have tried to create a system of venture enterprise, capitalising the results of intellectual endeavour, but we need to invest much more in education and fundamental research as a way to produce human capital.

Who should provide the conditions for growth? The state. Its first task is not to build roads but to develop a survey of land value and ownership of the territory.

We also have to make a choice in favour not of social spending but of active social spending. To invest actively, first in education and second, in a new migration policy. Russia is way behind all the developed countries which applied active migration policy models more than 20 years ago, creating preferential treatment for all people with a good enough level of professional training and readiness to work.

The second key source of growth is quality of life. We absolutely must develop culture, the economy of impressions. It significantly improves the quality of life in large towns and cities and creates new possibilities for rapid economic growth. Medicine is no less important, sports for all, and other areas that can extend people’s active working life.

The third source of growth is infrastructure. We talk a lot about territorial development from an investment policy point of view. About ‘turning to the East’, for example, although we don’t really understand what we are saying. We should be discussing ways to broaden the radius of existing centres of economic activity in cities with populations of half a million or more, which are also concentrations of high living standards. In Russia the average radius of economic accessibility is 15-20 km from the edge of the town. Beyond that we simply don’t have the roads. In Europe and the USA the radius of economic access (where you can build a factory or bake cakes and bring them into town to sell) is 60-80km. That’s why they don’t have the kind of remote provinces that we have in Russia. We need to increase the radius for that kind of husbandry or enterprise by up to three or five times. By our estimation, it would reduce by one and a half times the expense for starting a new business, the outlay for  accommodation and other mechanisms that stimulate economic activity.

Who should provide the conditions for growth? The state. Its first task is not to build roads but to develop a survey of the land value and ownership of the territory. Our system for doing that is still inadequate. We need to build roads on the outskirts of towns and metro systems in big cities. It would cost about the same as building one motorway from Moscow to Kazan. In answer to the question of whether the state can realise these projects, it all depends on where it’s priorities lie.

By Yevgeny Narysov, specially for the HSE New Service 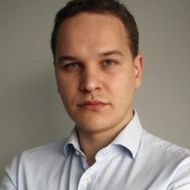 On April 30, the Laboratory for Comparative Social Research sponsored a seminar in St. Petersburg by Associate Researcher Francesco Sarracino on ‘Do people care for a sustainable future? Evidence from happiness data’. Sarracino is an economist at Luxembourg’s National Institute of Statistics and Economic Studies (STATEC) and specializes in social capital, economic growth and well-being; he recently spoke at length with the HSE news service about his research interests, implications of measuring happiness and wellbeing for policymakers, and his experience collaborating with the Higher School of Economics.

Official statistics fail to capture – in fact, they simply ignore – the development of Russia’s high-tech industry. This distorts macroeconomic indicators and negatively impacts the quality of the government's decisions. Vladimir Bessonov, Head of HSE Expert Institute's Laboratory for Studies of Inflation and Economic Growth, has authored the report: 'In Search of Information and Communication Technologies: The Quirks of Russian Statistics and Economic Measurements'.