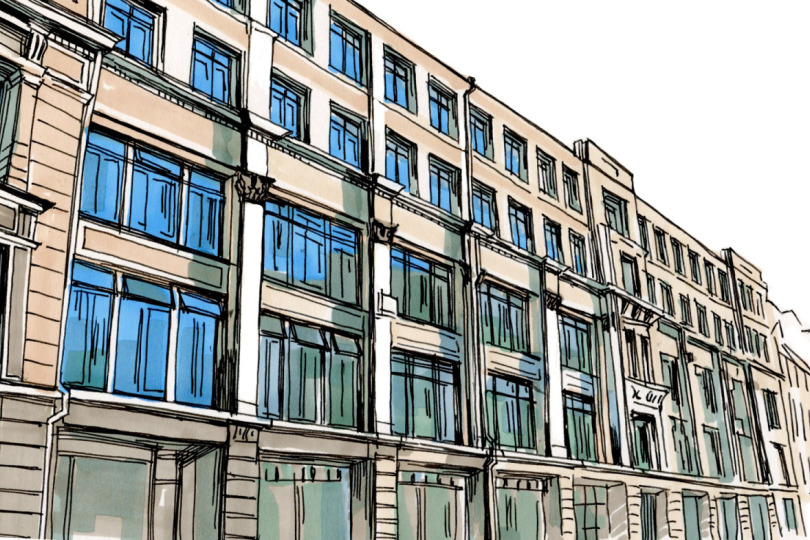 This year, many students and staff of HSE in Moscow will change the location of their study and work. Instead of some sites in districts on the outskirts of the sity, the university is using buildings in the centre. In addition to that, faculty departments which are now scattered in various parts of the city will move closer to each other. This will allow lecturers and students to spend less time commuting.

The Moscow Government and the Federal Agency for State Property Management (Rosimushchestvo) have approved the exchange of buildings between the Higher School of Economics, Moscow City Teachers Training University (MCTTU), and the city’s Department of Education. In 2016, HSE is giving MCTTU its buildings on 46 Volgogradsky Prospekt, and later, in 2017 – 44a Varshavskoe Shosse and 3 Kochnovsky Proezd. In exchange, the university is getting buildings close to the HSE’s central buildings, on 4 Armyansky Pereulok (3-minutes’ walk from Myasnitskaya) – this will house psychologists; and on 47 Bolshaya Ordynka (5 minutes from 17 Malaya Ordynka, where the Faculty of Law used to be located) – this complex of buildings will accommodate the Faculty of World Economy and International Affairs.

In addition, Moscow’s Mayor, Sergey Sobyanin, has given HSE the building at 3 Krivokolenny Pereulok, and as a result, the whole complex of buildings on 18 and 20 Myasnitskaya, and 3 and 3a on Krivokolenny will belong to the university. HSE, in its turn, is giving the city a museum and park complex in Pokrovskoe Streshnevo. At the same time, HSE is exchanging with the All-Russia State Television and Radio Broadcasting Company (VGTRK): the university is swapping 12 Petrovka for 13 Myasnitskaya, building 4.

The Faculty of Social Sciences School of Political Science will move from Ilyinka to the newly acquired buildings on Krivokolenny and Myasnitskaya, which means all the Faculty’s departments will now be located around Myasnitksaya. Our historians will join the rest of the Faculty of Humanities on Staraya Basmannaya.

This means that by 2017 all of HSE’s large faculties will be located in a united complex of buildings.

The university is also getting a building on 33 Profsoyuznaya Ulitsa, Building 4 (5-minutes’ walk from Novye Cheremushki metro), which has been given to the university by the city as part of this exchange. It will accommodate the School of Foreign Languages, as well as some research and continuing education departments that are now in the building on Malaya Pionerskaya. The latter building will be completely given to the School of Design.

In addition to that, a new building for the Faculty of Mathematics will be opened on 6 Usacheva (close to Frunzenskaya metro). The faculty will move from 7a Vavilova and expand its classroom and office space almost three times. The mathematicians will start the new academic year in the new building.

All moves will start in spring, but will be finished only in December, since some of the newly acquired locations need to be refurbished and classrooms and laboratories need to be prepared. This means that psychology and political science students will have classes at the old addresses till the end of 2016.

At the same time, starting from 2017, almost all of HSE’s educational buildings will be located within 30 minutes from each other (by foot – metro – by foot). There will be only two exceptions: venues on Kirpichnaya Ulitsa (over 50 mins from the central buildings), and MIEM on Tallinskaya Ulitsa (40 mins). The military training department of Kosmonavta Volkova also remains relatively remote, but students usually go there for the whole day, so it shouldn’t be too inconvenient for them.

In addition to that, starting from summer 2016, the university will be able to stop paying rent on most of the buildings it doesn’t actually own (31 Shabolovka, 13 Ilyinks, 22 and 24 Myasnitskaya), which will allow it to save almost 500 million roubles in the 2017 budget.

According to an order by Russian Prime Minister Dmitry Medvedev, the Russian Ministry of Education and Science has granted HSE two dormitory buildings in 1st Saratovsky Proezd (Textilshchiki metro). They are in a condition that will allow them to house HSE students after renovation. Once this has been completed (in 2017), HSE will be able to increase the number of places offered in dormitories by about 1000 places.

‘We Want to Become the HSE Development Institute’

Evgeniy Terentev has been appointed Director of the HSE Institute of Education. HSE Life talked with the new head of the institute about his plans in the new position and about innovations in education.

HSE Virtual Tour: Stroll Around the University from the Comfort of Your Home

In June 2021, HSE University and Times Higher Education (THE) held the online Young Universities Summit. It marked the first time the summit was held with support from a Russian university, and the choice of HSE University was no coincidence—it is the only Russian university to be included in THE’s Young University Rankings. Preparations for the forum included the creation of a virtual tour of several HSE buildings. We spoke to Deputy Vice Rector Marina Kozak about the content of the tour and the practical applications of VR technology for the university.