The Higher School of Economics has been announced as one of the winners of an Education Ministry competition and from April the Ministry will fund access to dozens of digital resources. Deputy Director of HSE’s Library Vladimir Pislyakov talks about what e-libraries are accessible to the university’s staff and students.

Each year, the Education Ministry holds two types of competition for access to databases, one for ‘full-text resources’ (including CUP, OUP, SAGE, and T&F), and the second for ‘citation databases’ (WoS, Scopus). Those who win the first section get free access to library databases, with the subscription fee paid for by the Ministry. This can be very expensive, and would have cost us about 15-20 million Roubles if we subscribed ourselves. This deal offers a major saving and therefore the competition is fierce.

The selection criteria include the number of research staff and number of publications by the educational institution, but the key criteria are statistics on online resource use. Those that use online resources heavily stand a greater chance of winning, as that way the Ministry can be confident that they’ll put the resources provided to good use. I think that this criteria was central to our success, as HSE is always one of the top Russian organisations in terms of international article usage. This round was different due to the significantly expanded list of resources to which access was offered.

Two databases that had not been included in last year’s Ministry contest were included this year – the CASC (Computers & Applied Sciences Complete) database of IT, digital technology, communications and applied sciences, and Inspec, on physics and engineering sciences. Physicists at the Moscow Institute of Electronics and Mathematics also stand to benefit from access to two leading magazines published by the Institute of Physics and the American Institute of Physics (IoP and AIP).

The Education Ministry package includes 16 resources, and we applied for the 12 that were most relevant to HSE’s needs. We won subscriptions to 10 of them (an increase from last year’s 6). That means we again have access to the full platforms offered by academic publishers Cambridge University Press, Oxford University Press, SAGE and Taylor & Francis. In total we have access to over 2,000 journals: a key information support for the research work we are carrying out – and the statistics show that we are the top user of these two last resources, overtaking giants such as St. Petersburg State University and the Russian State Library.

I was very glad to see continued access to the Orbit patent database. Our researchers really need this resource and we had signed up to it independently as it did not used to form part of the Education Ministry package. Last September we were forced to cancel our subscription as it had become prohibitively expensive. Now we’ve got access to Orbit – via a subscription paid for by the Education Ministry. We will continue to have access to Science: one of the most well-known magazines internationally. Although it is chiefly focused on natural sciences, our readers use thousands of articles in it each year.

We hope the Education Ministry will launch its citation contest towards the middle of this year. Last summer we won subscriptions to two resources: Web of Science and Scopus (100% result). So we hope to repeat that performance this year.

There are two databases we had been hoping for but which did not form part of the free package – ProQuest and Annual Reviews. I am inclined to explain this as due to the fact that at the time of the contest we had active subscriptions to both resources and the Education Ministry decided against duplicating this area of funding. Neither had been in the Ministry’s 2015 contest. In future we will seek to rectify this situation, since we have the best usage statistics in Russia for both databases and of course we’ve earned it. For now, students and professors need not worry: these subscriptions will be continued and paid for out of our own funds. 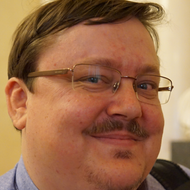