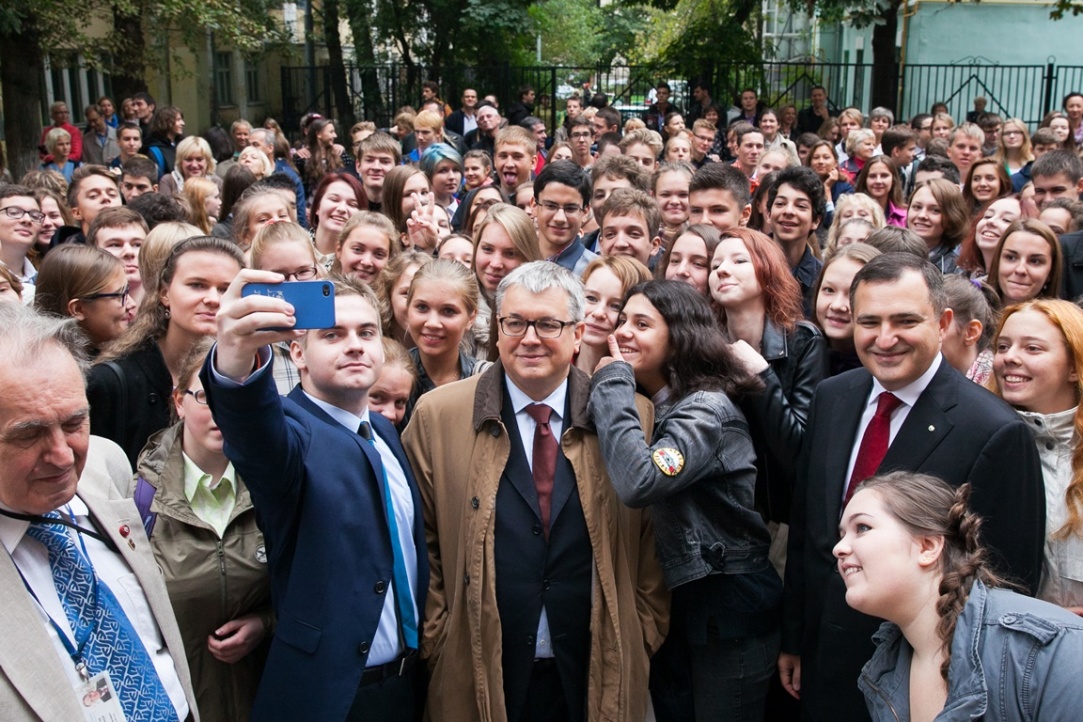 May 26 marks the birthday of HSE Rector Yaroslav Kuzminov. Although not the same age, both he and HSE are celebrating birthdays this year! At the start of 2017, IFMO Rector Vladimir Vasiliev, when presenting at the Gaidar Forum, congratulated Yaroslav Kuzminov on HSE’s 25th anniversary, saying that he was the exact same age as the University. ‘I would ask the young ladies to make note of this,’ Prof. Kuzminov quipped.

Yaroslav Kuzminov is HSE’s first and only Rector. At the age of 35, he was appointed to this position by then Russian Prime Minister Yegor Gaidar, and, for a long time running, he was the youngest rector of a state university in Russia.

Over the years under his leadership, HSE has transformed from a small economics school to a full-scale modern research university, which has quickly caught up with much older academic institutions in both national and global ratings.

Prof. Kuzminov has a machine-like work ethic! Wherever he goes, something always happens. For instance, HSE is always involved in interesting new projects, while also attracting the most talented people to its orbit. For instance, our newly inaugurated Faculty of Physics … and that’s not the last of HSE’s innovations. Prof. Kuzminov has often said that the ‘sky’s the limit’ for HSE, and this kind of development and expansion must be maintained and passed on to its next generation of academics and students.

Without his involvement, not a single policy paper on the development of Russian education would have been produced, such as the time in 1996, when Prof. Kuzminov, the late Alexander Tikhonov and others developed a programme for the structural and economic reform of education in the country. At present, a new strategy for Russia’s development for period until 2024 is being developed and education plays a crucial role in this project.

Furthermore, Prof. Kuzminov has worn many hats, one of which is being a public figure. In addition to overseeing HSE, he also has put in a lot of time and effort by taking part in such prestigious institutions as the Russian Public Council for Educational Development, the Civic Chamber of the Russian Federation, and the All-Russia People’s Front, as well as holding a seat in the Moscow City Duma.

Not too long before HSE’s anniversary, Yaroslav Kuzminov’s collection of state awards saw the addition of the Order ‘For Merit to the Fatherland – 3rd Class’. As stated in the the Presidential Order for this award, he is recognized for his ‘academic work, contributions to the development of Russian education, ensuring the training of qualified specialists and a long, distinguished and committed career’.

On May 7th, the Academic Supervisor of the Higher School of Economics, Evgeny Yasin, celebrated his 82nd birthday.

Political Scientist with Freedom of Choice

On 8th May Andrei Melville, Dean of the Faculty of Social Sciences celebrates his 65th birthday.

On May 7th 2015 HSE’s Academic Supervisor Evgeny Yasin celebrated his 81st birthday. There’s hardly a soul in HSE who needs to be told just how much Professor Yasin has done for the university. He isn’t only the initiator of research at HSE. It is thanks to him, and some like-minded people, that the university actually came to life. What began as a university for graduates, has rapidly, and uniquely, become one of the top universities in the country.

On June 17, 2014, Panos Pardalos—Distinguished Professor at the University of Florida and Scientific Advisor at the HSE’s International Laboratory of Algorithms and Technologies for Networks Analysis—celebrates his 60th birthday.

Meeting in the Kremlin on 27th November, they talked about the achievements of the University and its future.

For the second year running Igor Artamkin, tenured professor, deputy head of the Faculty of Mathematics at HSE, has been named 'Best Teacher of the University'.